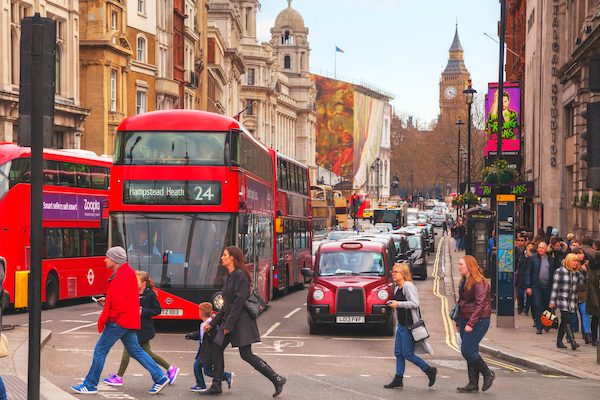 For years, Cornell University has been an institution of note for those interested in how U.S. academic institutions approach academic freedom, free expression, and ethical challenges in international collaborations. Between the university’s 2018 cancellation of an exchange program in China due to student rights concerns, its creation of guidelines intended to protect academic freedom in global programs, last year’s campus-wide protest against a proposed dual degree program in China, and the university’s decision to move forward with the dual degree program despite the pushback, Cornell has been a campus to watch.

Now, Cornell’s faculty senate has added another chapter to the university’s international engagement dealings with the proposal of a resolution pressing for Cornell’s administration to include faculty input in its future Global Hubs decision-making. As the resolution (and common sense) make clear, universities should be more conscious of core values like free expression and academic freedom while pursuing international expansion.

The resolution, sponsored by nine faculty members, asserts that “Cornell already has a significant footprint in international educational programs” and in some cases “there were serious ethical issues, which remain, that were bypassed in the agreements negotiated . . . that had these relationships come before the faculty senate would have at least received a public airing.” It goes on to explain (emphasis added):

With Global Hubs (see https://global.cornell.edu/global-hubs), now significantly underway without any review so far by the faculty senate, the university plans to enlarge its footprint globally with, to begin, specifically targeted sites: “Partnerships with institutions in Australia, China, Ecuador, Ghana, India, Mexico, Singapore, South Korea, Thailand, United Kingdom, and Zambia are in process and additional partnerships in Denmark, Morocco, and Turkey are being investigated.” Further, under “What are the criteria for selecting a partner?” in Cornell Global Hubs: Frequently Asked Questions, there is no mention of any AAUP standards regarding academic freedom, freedom of speech, and tenure.

As it stands, Cornell has developed two sets of institutional standards: one for its U.S campuses where AAUP standards are in force and one for its foreign partners, where, apparently, these standards are contingent and subordinate to economic issues.

The resolution ends by stating “that the central administration should not continue to expand the network of Global Hubs until the Committee on Academic Programs and Policies has reported to the Faculty Senate and the Faculty Senate has had an opportunity to discuss the report, including any and all resolutions that might be offered at that time.”

If universities are unwilling to examine the relationship their expansions have with oppression abroad, the least they could do is to allow their faculty members the opportunity to raise these concerns themselves.

The Cornell Daily Sun reported on the faculty senate’s discussion of the resolution, noting that “[s]ome faculty expressed confusion at the administration’s refusal to hear the opinions of the senate in establishing previous hubs.” Comparative literature professor Laurent Dubreuil, for example, said he was “​a bit flabbergasted by the insistence coming from [Cornell administrative building] Day Hall to try to avoid any public discussion and any public opinion being formulated by the faculty through the senate.”

The Sun also reported that resolution sponsor professor Eric Cheyfitz pointed out that Cornell “holds itself to these standards of academic freedom on its American campuses” but “these standards are not held within the University’s international programs” and that professor Risa Lieberwit, also general counsel of the American Association of University Professors, “stressed the importance of adhering to AAUP standards as the University expands abroad.”

FIRE agrees. For far too long, universities have pursued the benefits brought by international engagement without sufficient consideration of the tradeoffs such expansions will entail. Faculty — who would likely suffer the worst outcomes of new university programs lacking speech and research protections — need a more substantial seat at the table to advocate for the rights administrators may be inclined to to ignore. FIRE encourages other faculty bodies to consider engaging in similar efforts, and to let FIRE know about their advocacy.

For far too long, universities have pursued the benefits brought by international engagement without sufficient consideration of the tradeoffs such expansions will entail.

According to The Sun’s reporting, professor Richard Bensel noted at last week’s meeting, “For a decade now, there has been a very strong positive correlation between the expansion of Cornell’s collaborative programs and the increasingly repressive environment of the host institutions with which we are involved . . . It seems almost lock step that if oppression goes up, so does Cornell’s involvement abroad.”

If universities are unwilling to examine the relationship their expansions have with oppression abroad, the least they could do is to allow their faculty members the opportunity to raise these concerns themselves.