A student at the State University of New York at Purchase is being prosecuted under a New York hate crime law, and according to Eugene Volokh over at the Volokh Conspiracy, that law is unconstitutional. Eighteen-year-old student Gunnar Hassard was arrested on December 6 (the first night of Hanukkah) and charged with aggravated harassment for posting flyers on campus featuring Adolf Hitler, a swastika, and the phrase, “Don’t be stupid, be a smarty! / Come and join the Nazi party!” 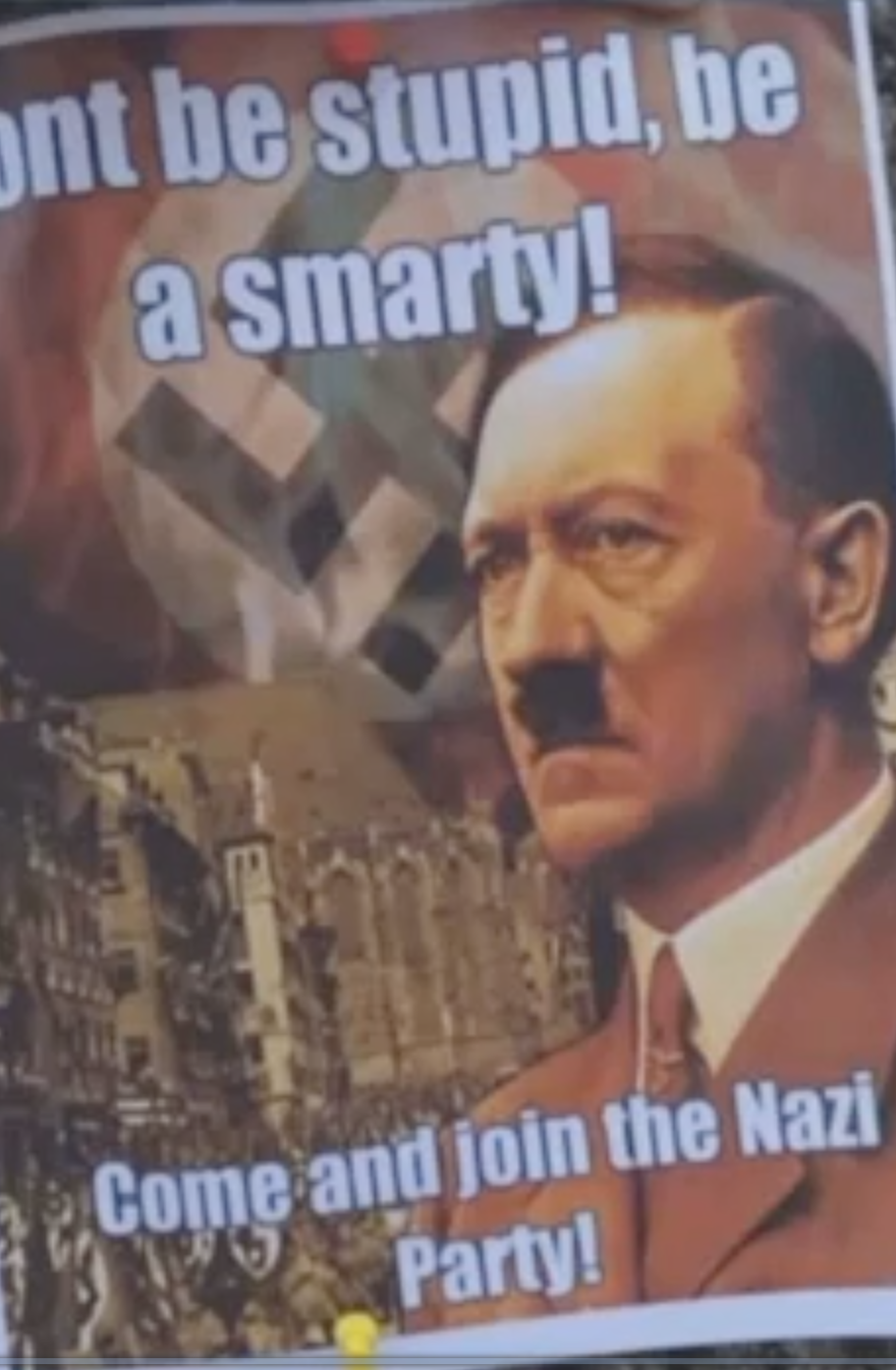 Enthusiasts of the works of comedic genius Mel Brooks might well recognize this as a line from “The Producers,” a movie where the titular scam-artists attempt to con investors in a musical out of money by selling nonexistent ownership shares and then putting on a musical that was, in theory, certain to fail, “Springtime for Hitler.” The line comes from the titular song:

As Volokh points out, this line, even accompanied by a swastika, is constitutionally protected:

Swastikas are constitutionally protected, just as are hammers and sickles or burning crosses or images of Chairman Mao or other symbols of murderous regimes and ideologies. Public speech intended to “harass, annoy . . . or alarm” groups of people (whether Jews or conservative Christians or blacks or whites) is constitutionally protected. . . . And true threats of violence are unprotected, but the statute isn’t limited to them, and I’ve seen no evidence of a specific true threat here.

So far it’s not clear if Hassard was trying to stage a musical revival or a political revival of the Nazi party. Read the rest of Volokh’s coverage here.