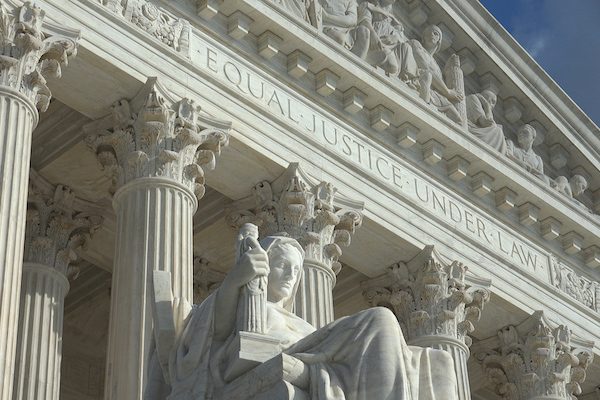 FIRE’s amicus curiae brief warned the Court that the Ninth Circuit’s opinion threatened the protected speech of public college and university faculty. By recognizing that public school employees like Coach Kennedy don’t speak on behalf of the government at all times and in all circumstances, the Court addressed our concern.

Today’s ruling makes it harder for public institutions to punish teachers for protected expression off the clock. That’s a win for public employee speech rights.

It has been 55 years since the U.S. Supreme Court wrote that academic freedom “is a special concern of the First Amendment, which does not tolerate laws that cast a pall of orthodoxy over the classroom.” But that has not been true of grade school teachers, especially since Garcetti v. Ceballos, the controversial 2006 opinion holding that a public employee’s on-the-job speech was not protected because it occurred in the workplace. And university faculty, to whom the right of academic freedom most clearly applies, have had to reassert that right in the federal courts since Garcetti. FIRE filed an amicus curiae brief in Kennedy v. Bremerton School District asking the Court to put an end to 16 years of wandering in Garcetti’s desert.

Joseph Kennedy, an assistant high school football coach, brought the case to reverse his firing for praying at the 50-yard line after games. The U.S. Court of Appeals for the Ninth Circuit ruled against Kennedy, citing Garcetti. Kennedy’s case is now before the Supreme Court, where a decision will implicate not only the tension between his rights under the Free Exercise Clause and the school district’s obligations under the Establishment Clause, but also the legacy of Garcetti and its potential impact upon university faculty. The Court should make clear that Garcetti does not apply to university faculty, who continue to enjoy a wide berth to speak and write as a matter of academic freedom and who fulfill the important function of challenging students to become critical thinkers and citizens.

Over the past 20 years, FIRE has seen how the Supreme Court’s pronouncements on K-12 education do not stay confined to that setting once the lower courts misapply them to cases involving speech at universities. FIRE’s experience also demonstrates that, notwithstanding promises of academic freedom, universities continue to violate the rights of their faculty when they express opinions that are unpopular or merely pedagogically challenging.

In FIRE’s experience, the power of public opinion is just as reliable a guarantor of faculty rights as the judiciary, and arguably more so.

What’s more, the Ninth Circuit held that Coach Kennedy’s “pugilistic” defense of his expression in the court of public opinion and the ensuing interest he generated justified the school district’s decision to punish him on the grounds that failing to do so would lead only to the conclusion that the school endorses his religious message. But as the Supreme Court noted in a 1990 case, Board of Education of Westside County Schools v. Mergens, “[t]he proposition that schools do not endorse everything they fail to censor is not complicated.” And as Circuit Judge Ryan D. Nelson asked, in dissenting from the denial of Kennedy’s petition for a rehearing by all the judges of the Ninth Circuit, “[W]ould we ever pejoratively refer to members of various civil rights movements as ‘pugilistic’ when they publicly, peacefully, and vocally tried to vindicate their rights? Absolutely not.”

Since its founding in 1999, FIRE has successfully vindicated the expressive rights of faculty at colleges and universities nationwide by relying on the truth of Justice Brandeis’s classic observation that sunlight is “the best of disinfectants.” In FIRE’s experience, the power of public opinion is just as reliable a guarantor of faculty rights as the judiciary, and arguably more so.

Although Garcetti strips some 20 million public employees of their First Amendment rights when they clock in, the Court recognized that its holding might not apply to one category of employee: public university faculty. The Court could have clarified that point by making a declarative statement that its holding did not apply to faculty. Because it did not, faculty have had to litigate in appellate courts across the country for nearly 16 years to reassert their right to academic freedom, a right the Court previously recognized in the seminal cases of Sweezy v. New Hampshire (1957) and Keyishian v. Board of Regents (1967). As the Court reasoned in those cases, citizen-led democracy requires nothing less, and our universities are uniquely the marketplace of ideas.