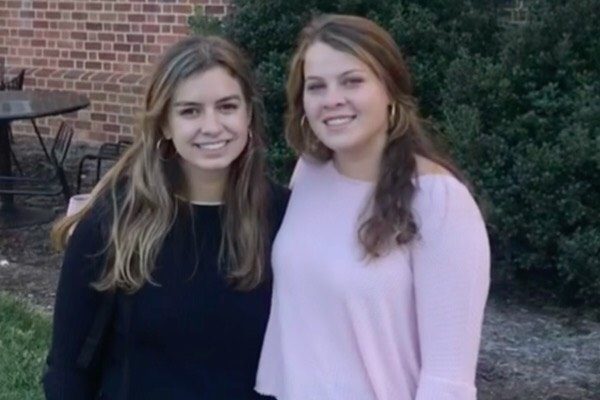 LEXINGTON, Va., Oct. 19, 2021 — The College Republicans at Washington & Lee University were caught red-handed. Their transgression? Advocating for a political candidate.

Today, the Foundation for Individual Rights in Education again calls on the university — which didn’t think its students’ rights were important enough to respond when FIRE first raised the issue privately — to immediately clarify that it will allow student groups to openly support political candidates.

“I was shocked when I found out that we couldn’t disseminate campaign materials on campus,” said College Republicans President Lillian Gillespie. “I hope that publicizing this story gives students on both sides of the aisle more agency and liberty.”

On Sept. 12, the W&L College Republicans set up its booth for the college’s annual activities fair. Given that Virginia’s elections are fast approaching on Nov. 2, the group displayed campaign materials in support of Republican gubernatorial candidate Glenn Youngkin.

During the fair, Director of Student Activities Kelsey Goodwin told the group that the display violated university policy and the College Republicans had to remove all materials endorsing political candidates. Goodwin cited the fact that W&L is a tax-exempt organization that cannot endorse political figures.

“What is the purpose of College Republicans or College Democrats organizations if they can’t actually advocate for a Republican or a Democrat?” asked FIRE Program Analyst Sabrina Conza. “Goodwin is wrong in her assessment of the law, and the university is wrong to remain silent after censoring students who want to take part in the political process. Now they must make it right.”

The day after Goodwin told the College Republicans to remove materials supporting Youngkin, Goodwin sent an email with a link to W&L’s statement concerning political activity to Gillespie and the president of the College Democrats, Judy Park. The statement itself is clear: “Student political organizations (College Republicans, Young Democrats, etc.) are not prohibited from pursuing their normal activities consistent with the academic nature of their endeavors.”

Gillespie responded with an email outlining her concerns, stating that it is “preposterous that the actions and opinions of a small minority of students dedicated to politics and political activity could be construed to represent the beliefs of the University as a whole.”

FIRE first wrote to W&L on Sept. 23, explaining that the university’s tax status has no bearing on whether students of any political persuasion may advocate on behalf of candidates.

The university did not respond, but later met with Gillespie twice on Sept. 30 and Oct. 18. In the meetings, Goodwin told Gillespie that the college has never allowed student organizations to present materials advocating for political candidates and that Gillespie should speak to the university’s attorneys about any legal issues. Goodwin also expressed that she was “shocked” that FIRE had sent a letter to the university. The university doubled down on Oct. 18, telling the students that they still could not advocate for their candidate.

Although W&L is a private institution not bound by the First Amendment, it must live up to the promises it makes in regard to student expression. W&L adopted the Chicago Statement affirming freedom of expression in December 2015, but until W&L defends student expression, its promises are worthless.

Join us in calling on the university to live up to its promises by immediately affirming its students’ free expression: