FIRE > Newsdesk > Top Story > We waited with bated breath for Princeton to affirm faculty free expression. What took so long? 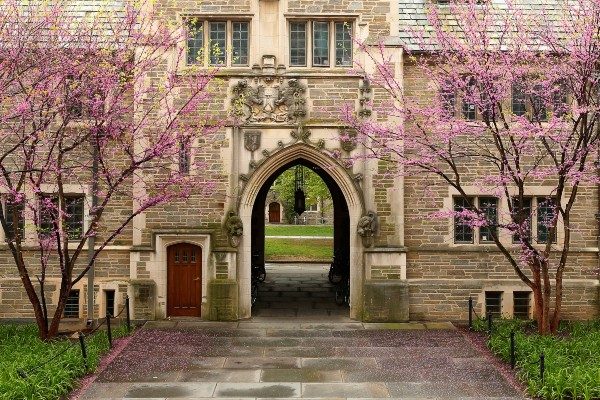 In a Daily Princetonian op-ed Monday, President Christopher Eisgruber finally admitted that faculty members can have opinions — because it’s 2020 and apparently amidst protests and a pandemic, some have forgotten that foundational tenet of higher education. The long-awaited defense comes after a professor faced a not-so-veiled threat of investigation for his political statements at the university that proudly claims to grant “the broadest possible latitude to speak, write, listen, challenge, and learn.”

On July 4, faculty members launched a petition asking the university to address anti-Black racism on campus. The petition included a list of demands, including several in opposition to student and faculty rights to free speech, academic freedom, and freedom of conscience. (As my colleague Samantha Harris pointed out, one of the demands — that faculty of color receive more pay and sabbatical time than white faculty — is not even legal.) More than 350 faculty members signed the petition as FIRE publicly called on Princeton’s leadership to immediately “reject these illiberal demands and make clear that the fundamental rights of its students and faculty are non-negotiable and will not be subordinated to political expediency.”

Four days later, tenured professor Joshua Katz penned an op-ed for Quillette supporting his colleagues’ fundamental right to sign the petition but questioning its “dizzying array” of demands. He also criticized a now-defunct campus student group, the Black Justice League, describing it as a “small local terrorist organization that made life miserable for the many (including the many black students) who did not agree with its members’ demands.”

FIRE applauds Eisgruber’s message, but has to ask: What took so long?

That’s when calls to oust Katz heated up.

Amidst the uproar, Eisgruber criticized Katz’s description of the Black Justice League in a July 12 statement, suggesting that Katz failed to “responsibly” exercise free speech. Princeton spokesperson Ben Chang pledged that the administration “will be looking into the matter further.” Followers of FIRE’s work will recognize that ominous statements like this can have terrible outcomes, and the mere threat of an investigation can create a chilling effect that’s at odds with the free exchange of ideas.

Katz and civil liberties advocates everywhere waited for some sign that Princeton would stand behind its laudable promises of free expression.

Finally, Eisgruber affirmed on Monday that free speech is still a thing at Princeton. He outlined the university’s policies on free expression and reminded those calling for censorship that the policies “protect Katz’s freedom to say what he did, just as they protected the Black Justice League’s. He can be answered but not censored or sanctioned.”

FIRE applauds Eisgruber’s message, but has to ask: What took so long? Free speech is a founding principle of higher education, eloquently enshrined in Princeton’s own regulations with such forceful statements as, “[I]t is not the proper role of the University to attempt to shield individuals from ideas and opinions they find unwelcome, disagreeable, or even deeply offensive[.]”

Last year, FIRE President and CEO Greg Lukianoff offered five ways college presidents can commit to free speech. He implored leaders to defend student and faculty free speech rights “loudly, clearly, and early,” saying that demonstrating a principled commitment to these rights at the beginning of a controversy can lessen its severity. (Avoiding, perhaps, criticisms of “a lack of leadership” from the Wall Street Journal editorial board.)

As Princeton tries to fix its reputation as a university where ideas can be challenged, debated — and, yes, encouraged — FIRE reminds university leaders that taking a strong stand for free speech should not be controversial for college presidents. In fact, it’s their duty. Taking this duty seriously, by promoting a culture of free expression and clearly rejecting expectations of censorship, better equips community members to engage and critique opinions they disagree with, to the long-term betterment of the institution.

Take it from Eisgruber: “We need to build a public space where disagreement does not automatically paint someone as an enemy. That type of space, so crucial to learning and research, is harder to maintain today than it has ever been. Modern communication tools make it all too easy to attack when we should be engaging and to shout when we should be listening. Rigorous, respectful debate is not a barrier to change — it will make our ideas stronger and their impact more lasting.”