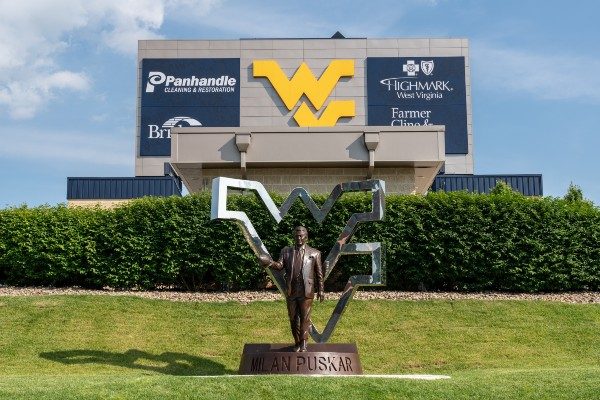 Twelve members of the West Virginia House of Delegates are defending open inquiry at West Virginia University and calling for needed education on the First Amendment.

In a July 30 letter to WVU president E. Gordon Gee, the delegates defend the participation of W.P. Chedester, the chief of West Virginia University Police, in a June 10 public video call and Q&A. During the call, Chedester spoke with Meshea L. Poore, the university’s vice president for Diversity, Equity and Inclusion.

The conversation between Chedester and Poore occurred in response to the killing of George Floyd on May 25 and the national discussion on race and policing that followed. 667 individuals logged in for what the university billed as “a Campus Conversation focused on how we can work together to foster a safe, diverse and inclusive culture at WVU.”

But at least one WVU member, associate professor Vagner Benedito, has called for Chedester’s resignation for participating in the call with an American flag in his background with one of its white stripes replaced by a blue stripe, a symbol associated with pro-police advocacy.

Chedester apologized the same day, writing that he saw the flag as a way to honor his commitment as a first responder, that he didn’t have “any intent to suggest that police lives matter more than Black lives,” and that he was not “trying to cause any harm or offense.” Benedito said he was not convinced by Chedester’s apology, concluding,“The only way forward is with his resignation.”

The West Virginia delegates argue for an approach more consistent with the mission of an institution of higher learning. Instead of requesting and accepting Chedester’s resignation, the delegates argue that WVU should provide First Amendment training. A praiseworthy suggestion, as survey evidence indicates that too much ignorance and misconception surround this significant constitutional protection.

However, the delegates demand First Amendment training specifically for those calling for Chedester’s resignation, as well as any WVU employee “who seek[s] to deny freedom of speech to anyone.” Requiring training only for people who have offended legislators or campus administrators invites the criticism that the training is retaliation for airing disfavored views. A better approach is to offer training for the entire campus, preparing the WVU community to understand the constitutional implications of disputes before they arise.

Hopefully, these delegates take calculated actions to promote free speech when their legislative session convenes next year. There is good reason to believe they will.

Delegate Joe Jeffries, one of the letter’s signatories, seemed to affirm a suggestion by another Twitter user that the House of Delegates should hold WVU accountable by placing the university’s funding in jeopardy if it does not protect Chedester’s participation in an important campus discussion.

FIRE would welcome the opportunity to work with the delegates to protect campus free speech in the next legislative session. We are eager to advise them on how they can use their legislative authority in pursuit of a productive statutory framework to protect all speakers. FIRE’s Model Legislation offers a number of strategies that legislators can employ to ensure the rights of all participants in open discussion.