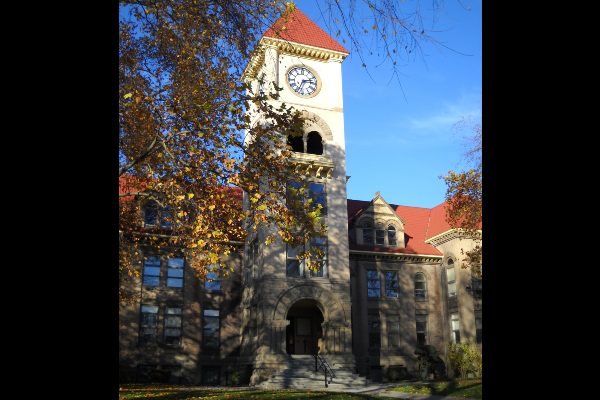 When Whitman College students left for spring break on March 13, administrators encouraged them not to return to campus. Just like other colleges and universities across the country, Whitman students (or “Whitties,” as they are known in the community) evacuated campus, returned to hometowns around the world, and began adapting to their new normal of online coursework and social distancing.

Without the connection of being on campus, Whitties have come to rely on social media and online communication as means to remain in touch. Where students would normally hang flyers around campus or hold events to communicate their messages, they are now forced to take those messages online. One outlet they had to communicate with the broader campus community despite quarantine was Whitman’s student email listservs, which were traditionally open to communication by all students, without moderation.

But in the midst of social distancing, Whitman instituted a policy of prior review of the student listservs. As we wrote to Whitman today, this policy betrays its promises of freedom of expression.

In a strange twist, the controversy leading to this new policy of prior review didn’t even start on the listservs. It started on Instagram. Enter @WhitmanConfessional2.

“Confessions” social media accounts have long served as means for students at colleges and universities across the country to anonymously reveal their secrets, their controversial opinions, and their frustrations. Popularized on Facebook circa 2013, these accounts have now largely moved to Instagram, but the process is the same: Account operators use tools like SurveyMonkey or Tellonym to receive anonymous “confessions,” which account operators then post publicly. The pages aren’t officially affiliated with the related college or university, but are usually administered by a student or group of students.

While these pages often lead to vitriolic speech and controversy, they also lead to important conversations — which are often about controversial issues that students may not feel comfortable discussing without anonymity. These types of conversations are why anonymity has been at the core of free speech since the nation’s founding — from Thomas Paine, who published “Common Sense” anonymously in 1776, to the Federalists and anti-Federalists who published pseudonymously under names like “Publius” and “The Federal Farmer.”

Whitman has seen a series of confessional-style social media pages, and @WhitmanConfessional2 was the latest iteration.

According to posts made on the account, the account operators had a policy of posting all submitted confessions, unless they constituted harassment or threats. This sometimes included racially insensitive and sexist messages, among others.

In early April, @WhitmanConfessional2 posted a confession reading, “Petition to change the name of Coronavirus to Kung Flu.”

This post sparked a wave of frustration from Whitties, who called out the account operator for being racist, or at minimum, supporting racists by publicizing their messages. Upset students messaged the then-anonymous account administrator expressing their distaste with the “Kung Flu” post, as well as other posts and comments. Some also revealed in private messages to the @WhitmanConfessional2 operator that they knew his identity.

Controversy moves to the listserv

The controversy didn’t stay on Instagram, though. On April 7, one student, upset by the racially charged posts on @WhitmanConfessional2, emailed administrators and student leaders complaining about the account. She asked, among other things, that administrators “hold students accountable for the racist things they post.” In the email, the student also revealed the identity of the previously-anonymous account administrator by including a reference to his personal Instagram handle.

Another student forwarded this email to the Whitman student listserv, asking that students “[r]ead this. Every bit of it. I don’t wanna hear ‘I didn’t know’ when we ask why you don’t support us.” Having been outed, the @WhitmanConfessional2 administrator then sent his own email to the student listserv, arguing that he is not racist and accusing the students who called him racist of defamation. He also raised complaints about antisemitism he faced as a Jewish man at Whitman.

While it is certain that a controversy ensued on the listserv in response to posts on the confessions account, this back-and-forth of emails is more or less the type of “more speech” solution that a liberal society prefers as a response to offensive expression, instead of censorship. Unhappy with @WhitmanConfessional2, students took to a public forum to engage in more speech, discussing the Instagram account and calling for educational steps to resolve it. The account administrator then also used the listserv to engage in more speech, defending his moderation policies. This conversation could have continued, allowing more Whitties to engage and voice their positions on important questions like how Whitman should approach race education, problems of racism and antisemitism at Whitman, and the costs and benefits of anonymous speech in our society.

Instead, Whitman stifled those conversations.

The following day, on April 8, the Whitman administration wrote to all students, announcing that they had “taken the necessary steps” to report the confessions page, and that they would begin practicing prior review of messages sent on the student listserv.

As we explained in our letter, this response poses two problems. First, as a college that promises broad free expression rights for its students, Whitman should have no part in moderating off-campus speech that happens on a third-party platform like Instagram. It is troubling that Whitman administrators promised to “be vigilant about disbanding anything that is not in alignment with who we are as a community,” presumably referring to future confessions accounts that might crop up. (By the way, @WhitmanConfessionals3 is already alive and well.)

Second, the decision to institute prior review of previously-open email listservs effectively cuts off any further listserv discussion of the confessions account and the important issues it brought to the surface. It cuts off the more-speech approach that the listserv had previously fostered. And this consequence is only heightened now, in the midst of social distancing, when students and other college community members must rely more heavily on online tools like the listserv to continue these important conversations.

In normal times, shutting down an open forum because of controversy is unwise and antithetical to the freedom of expression. Right now, it has hampered students’ ability to remain in touch with their broader college community despite the circumstances brought upon by COVID-19. Whitman must immediately end its prior review of messages on the student listserv and must make clear to its student body that they remain free to engage in protected speech without fear of censorship or punishment.