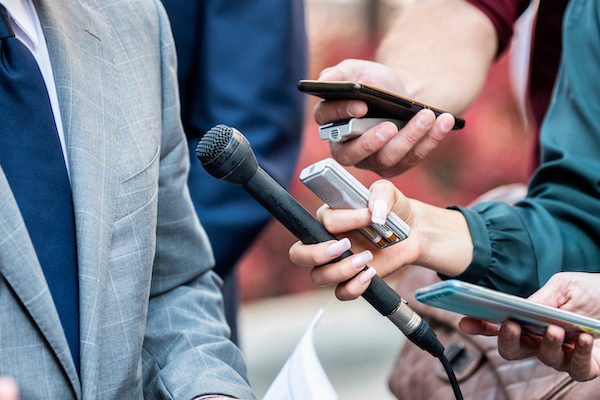 We recently wrote about the right to editorial independence as Part I of our series on “Who’s protected by a free student press.” In that blog, we discussed how there’s no right to have one’s work published by a particular student publication, and that student publications are free to have an editorial bent — even a political one. As we explained, “Freedom, including freedom of the press, means freedom to do things that are in tension with other values.”

Today, we want to talk about the other side of the coin: The complicated role of objectivity, neutrality, and viewpoint diversity in the newsroom.

Diversity — including viewpoint diversity — is important in journalism, too

You’ll probably never read a FIRE blog that argues against the importance of viewpoint diversity, and this series is no exception. Although student publications have the right to eschew viewpoint diversity, striving for viewpoint diversity is certainly wise, especially for publications that seek to be the voice of all campus constituents. It also can strengthen the publication by allowing readers to engage with both sides of a controversial issue, not just by reading the paper, but by taking those discussions face-to-face, making the newspaper the talk of the campus quad.

Viewpoint diversity in the opinion section goes hand-in-hand with the long-sought journalistic value of objectivity in news coverage. In its idealized form, objective journalism involves neutrally collecting, selecting, arranging, and distributing the facts that, taken together, form news. As no one group or individual has a monopoly on facts or truth, a genuinely objective publication would benefit from trying to incorporate as much of the community in its newsgathering as possible.

While other students may not always agree with the editorial priorities of campus publications, this disagreement is best communicated not through attempts to usurp editorial autonomy — a form of censorship itself — but through more speech.

It’s worth noting, though, that the importance of individual objectivity in the modern newsroom is hotly debated within the journalism community. (And, for that matter, objectivity hasn’t always been a pillar of American journalism; just ask Thomas Paine whether he’d have published a pro-monarchy article in Common Sense, or Samuel Adams, who was known for printing outright lies about the British in the Boston Gazette.)

Journalistic objectivity has been recently called into question by many within the industry, who point out that what originated as a way for journalists to prevent their consciously and unconsciously held biases from interfering with their work has evolved to an insistence that journalists should have no biases to begin with, and certainly shouldn’t make those biases known. In some cases, newsrooms even discourage voting in primaries to avoid journalists’ party registration becoming part of the public record.

Some argue that instead of journalists striving to be empty vessels through which news passes, journalists should simply be honest with their readers about their biases. As journalist Nathan Robinson argued in a column in 2019, “It should be obvious that there can’t be such a thing as a neutral journalist” and journalists should instead “state [their] prejudices up front.”

She rehabbed @FrostburgState‘s student newspaper into a relentless university watchdog.

But that doesn’t mean viewpoint diversity is always appropriate, either. However important viewpoint diversity is in encouraging campus debate, not every campus forum is an appropriate vessel for every view. Alternative newspapers and political radio, for example, have long been part of the American journalistic tradition, and these publications are generally glaringly and intentionally partisan. These publications are part of the campus press tradition, too, such as the Free Press Underground that was at the center of the Papish v. Board of Curators of the University of Missouri decision or Wide Awake, the Christian paper at the center of the Rosenberger v. Rector and Visitors of the University of Virginia decision.

These ideas aren’t necessarily contradictory. A marketplace of ideas is only as strong as the quality of the ideas competing in it, and a strong marketplace requires that ideas be given the “breathing room” to develop and grow before being tested against their alternatives. Alternative and viewpoint-specific media provide that breathing room, and by doing so, ensure that any campus media striving for viewpoint diversity has access to the strongest arguments on each side.

So if both partisan media and traditional media have a place in journalism, who decides whether a given publication is one or the other?

Ultimately, viewpoint diversity has to be up to editorial discretion

We might believe that viewpoint diversity is super important, but, at the end of the day, the content of student publications — including the viewpoints espoused — has to be up to the discretion of the publications’ leaders. Why?

Well, you and I might have all kinds of ideas about what is important for a newspaper to cover. Perhaps I think it’s really important for the campus paper to cover sports, every sport. But the editor prefers to devote staff time to faculty governance issues, which means she only has the resources to send reporters to the big games, not every game. Or perhaps you think the student radio station should cover race issues on campus, but the general manager prefers to focus on less divisive campus issues. Or vice versa. The point is, editors have to make content decisions every day, based upon the resources and staffing available to them, and based upon their own values of what a publication should include. These are judgment calls.

Student publications should have an absolute right to determine their own content, which includes both the right to publish and the right not to publish.

Imposing limits on these judgment calls is a dangerous game. In the public school context, requirements to engage in or refrain from speech will almost always be unlawful. At private institutions, such restrictions would undermine any promises of free expression. And any rule that substitutes the judgment of editors with the agenda of non-editors, however useful it might seem in a specific context, generates an avenue of abuse that people seeking to cover up the news will inevitably exploit.

There is a simpler, safer, and more free speech-positive alternative to ensure that all viewpoints are represented in the broader student media landscape: widen the landscape.

As usual, the answer is more speech

Those who find that their voices are not within the editorial focus of existing campus media should consider finding other avenues to engage in speech. The good news is, these days, the internet makes this process fairly straightforward. Gone are the days when getting the word out required acceptance into an established publication.

One option is to start your own campus publication. This could be a registered student organization, or it could be what us old folks call an “underground publication” — a publication not officially sanctioned by the college or university, but made to sound like something out of a spy novel.

Those who find that their voices are not within the editorial focus of existing campus media should consider finding other avenues to engage in speech.

And, for students interested in starting politically-leaning publications, there are outside resources available to help. The Intercollegiate Studies Institute provides support to conservative publications through its Collegiate Network, while the Roosevelt Institute provides training to progessive journalists (and others) on media law topics.

Starting a student publication is also not the only option. Social media provides students a quick, direct way to get their voice out there without imposing upon the editorial discretion of student publication leaders. And it clearly works: Harkening back to the situation at Wayne State College that we referenced in Part I of this series, how did it turn out for Blake Aspen — the student senate president who tried to punish the student newspaper for allegedly not publishing conservative content? He certainly made his opinions known. Through Twitter. His tweet led to widespread coverage in local and conservative publications about the situation.

As we close this two-part series, here’s what we want you to take home: Student publications should have an absolute right to determine their own content, which includes both the right to publish and the right not to publish. While other students may not always agree with the editorial priorities of campus publications, this disagreement is best communicated not through attempts to usurp editorial autonomy — a form of censorship itself — but through more speech.