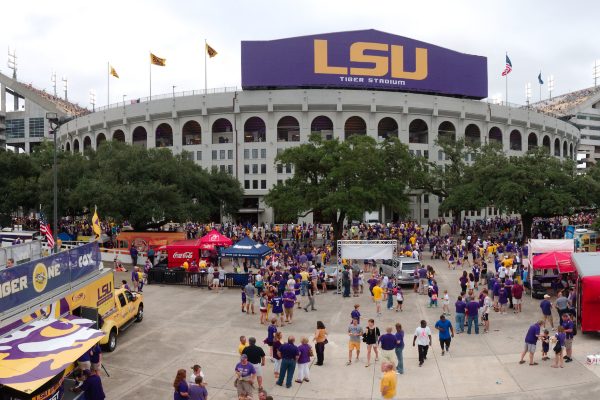 Walk through any university campus and odds are you’ll be unsettled by its quietness, as students nationwide have been sent home in an effort to fight the spread of COVID-19. And yet universities are very much on the front lines in the fight against the COVID-19 pandemic ― in particular through their hospitals, health systems and medical and research faculty. They’re integral to the response, and their expertise is being called on in unprecedented ways.

This reality is what had me revisiting the case of former Louisiana State University professor Ivor Van Heerden, a researcher who was on the front lines of the response to a different disaster of then-unfathomable proportions: Hurricane Katrina. Van Heerden’s case is a valuable example of the need for universities to protect free expression and academic freedom in a time of crisis, and a valuable roadmap for administrators on how not to do so.

Van Heerden first started at LSU as an associate research professor in 1992; he had also earned his PhD in marine science at the institution. By 2005, when Katrina made landfall, he’d made his academic home in LSU’s department of Civil & Environmental Engineering and had more than a dozen years of good performance reviews and continued renewals (his particular position was not tenure-track eligible). He’d served on research teams sent to study the effects of hurricanes in other locales, and had been instrumental in the founding of the LSU Hurricane Center. He’d also held state-level appointments with the Louisiana Department of Natural Resources and the Louisiana Geological Survey, among other agencies.

The work of LSU’s hurricane centers figured prominently in the buildup to and immediate aftermath of Katrina. Their models were featured prominently on LSU’s website and featured in media coverage. Among many LSU faculty and researchers who were part of LSU’s public effort, Van Heerden was especially prominent. As the American Association of University Professors wrote in its investigative report on Van Heerden’s case:

From Katrina’s landfall on August 29, Professor van Heerden was in a national spotlight that LSU was proud to share. He was given an LSU cap and T-shirt to wear in media interviews, for which he was in constant demand; an LSU tie and lapel pin were provided for his first appearance on Meet the Press. Then-chancellor Sean O’Keefe wrote of those early days, “Experts from LSU’s Hurricane Center as well as researchers on campus in other disciplines provided news agencies with information and insight.”

(A note: the AAUP’s report is likely the single most authoritative and comprehensive account of Van Heerden’s case, and is the primary source for this much-condensed narrative.)

Van Heerden saw Katrina’s destruction up close; as the AAUP report notes, Van Heerden and other researchers were escorted by police into the flooded area for examinations. Their investigation led them to hypothesize that the bulk of the flooding in New Orleans had been the result of catastrophic structural failures in the levees constructed by the Army Corps of Engineers. Van Heerden’s assessment ― and their implicit charges against the Army Corps of Engineers ― became the stuff of national news coverage. Van Heerden’s role in the Katrina response would grow further in prominence; when the Louisiana Department of Transportation and Development commissioned LSU to assemble a team of scientists and engineers with a mandate, in part, to identify the causes of the failures of New Orleans’ hurricane protection, Van Heerden was chosen to head the team. He would later testify in front of a Senate committee in his capacity as the team’s leader.

Van Heerden’s prominence as the face of LSU’s public response ― and in particular his willingness to criticize the U.S. government’s failures ― also sparked a backlash in the LSU administration. Within a couple of months of Katrina’s landfall, LSU began working to undermine and marginalize Van Heerden, worried that his outspoken criticisms risked hurting its reputation and its federal funding. Among the ways it did so:

LSU also made his academic position increasingly untenable in an effort to force him out. It subjected him to a new policy on research faculty, which among other things meant that his appointments were renewed at one-year intervals, where previously they had been every three years. In 2008, before his standard review could take place, LSU preemptively notified Van Heerden that the following academic year would be his last. It also terminated his LSU Hurricane Center responsibilities, though it did not bother telling him so ― he had to find out about this through media reports.

In February 2010, Van Heerden sued LSU for wrongful termination in violation of his free speech and academic freedom. In 2012, the AAUP censured LSU for its handling of Van Heerden’s and another professor’s terminations. (LSU not only remains censured, but its handling of Teresa Buchanan’s termination prompted it to issue a supplemental report in 2015, one of only a handful such reports the AAUP has issued in its entire history.) In 2013, having failed to convince the court that, under the Supreme Court’s ruling in Garcetti v. Ceballos, Van Heerden’s expression enjoyed no First Amendment protections, and having failed to obtain the exclusion of numerous records favorable to Van Heerden, LSU settled the case for $435,000. The total bill to LSU, including legal fees, was close to $1 million. And Van Heerden’s criticisms of the Army Corps of Engineers were largely affirmed by future studies, including those done by the Army Corps of Engineers itself.

A warning for universities today

The cause for revisiting Van Heerden’s case is hopefully self-evident, given the times. Van Heerden offered his unvarnished opinion on a matter of urgent public concern, and LSU fired him for it. The university paid a steep price for doing so, not only financially, but in the damage to its reputation.

All of the pieces are here for a similar episode to happen today. America is in the midst of a pandemic whose effects ― on public health,  the economy, and  our social and cultural lives ― are total. Academics are helping lead the response to COVID-19, not only in the medical fields but also fields that help place it in context, like psychology, history of medicine, and economics, to name but a few. Go to the websites of any number of universities and you’ll see them showcasing the work of their faculty and researchers responding to the crisis. Van Heerden was one such expert ― literally being provided LSU gear by his institution to tout his affiliation on media appearances ― until it deemed his expertise a threat and retaliated against him.

It doesn’t strain the imagination to picture such a scenario today. As with in Van Heerden’s case, the government response to COVID-19 ― at the federal, state, and municipal level ― has been intensely controversial. It’s also increasingly polarized politically. The First Amendment and academic freedom assuredly include the right to criticize the government’s response to COVID-19, and invariably some, or many, will exercise this right. The same goes for the right to criticize the policies and practices of their universities. And much like LSU was worried about angering the federal government by criticizing its response, universities will be susceptible to such pressures as well ― if not more so, because COVID-19 is already blighting the finances of universities across the country.

Further, there are additional external pressures on the university that were not there, or at least not to the same effect, in the time of Van Heerden’s case. A worrying number of state legislators have demanded professors be fired for expression demonstrably protected by their free speech rights or threatened universities’ funding over disapproval of course content. Legislators have acted to close university centers for political or viewpoint-based reasons. In multiple cases, faculty have been hounded off campus by social media mobs for controversial remarks, with universities doing much too little to defend their rights. And we’ve seen multiple professors subjected to invasive public records requests from opponents, and sometimes from elected officials, looking for evidence of bias, implicating academic freedom in the process.

We’ve already seen some worrying signs from universities trying to control their messaging on COVID-19. As we noted here a few weeks ago, FIRE called on New York University’s medical school to cease ordering its medical faculty not to speak with the media without prior approval. As Robert Shibley, FIRE’s executive director, said in our press release, “It is precisely in times of crisis that it is most important that lines of communication to the public be open.” Every university administration in America should take this to heart, and they can look to their peers at LSU to understand the potential consequences if they don’t.