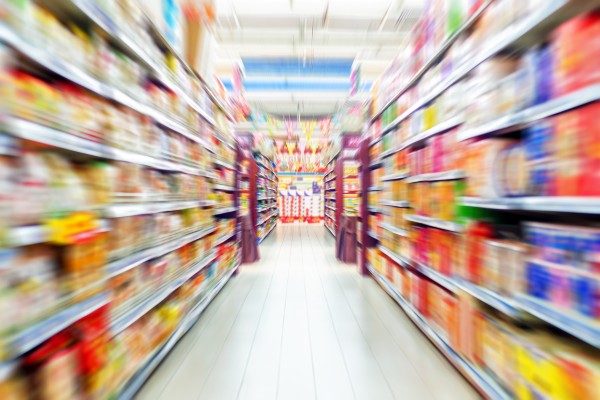 There is rarely any controversy surrounding the grocery store. Rarely will you find people offended or outraged by the products sold there. Instead, people walk through the extensive selection of products meant to cater to all diets and cultures, pick what they want, and leave. This is how we should begin to view the marketplace of ideas. Viewing the marketplace of ideas the same way that people view shopping at the grocery store, instead of as an intentionally competitive space, can decrease the desire to suppress the speech of others.

The marketplace of ideas is traditionally thought of as a competitive space for ideas to be judged as to their truth, or at least as to whether they are considered socially acceptable. It is the concept of encouraging everyone to share their unique ideas, and the belief that the best ideas will be the ones that are most accepted.

However, there are many criticisms arguing that this marketplace should be regulated. Some argue that all ideas in the marketplace are not given equal platforms, as some are more forcefully fed to us by the internet or the local majority. These critics contest the legitimacy of competition in an online space where blogs and media outlets use their resources to flood social media with click-bait headlines, decreasing the exposure of less popular ideas. While this is a relevant criticism, it begs the ultimate question:  Who should be responsible for deciding which ideas should be suppressed and which ones should not?

We do not have to have an opinion about or compete with every available idea from a source that is not in a position of authority (i.e., a politician or government official), and therefore not forced upon us.

Observe how the ideas that are determined to be true and socially acceptable vary based on geographic location, culture, community, and the personal biases of those in power. The reality is that every idea on the internet — whether it is shared by an account with five followers or by a blog with 50,000 followers — does not need to be viewed as competitive. Every idea that is shared can be viewed like another item added to the grocery store. You ignore the items that you do not like and only take away the ones that you do like. You can try a new food or you can stick to the same items regularly on your grocery list. Some products are unhealthy or even harmful (if you have an allergy), and some are more popular than others, but we seem to understand the need for all options to be available for people to choose from.

Similar to the expansion of the marketplace of ideas as a result of the internet, the number of products available in grocery stores has increased from about 7,000 in 1990 to about 50,000 today. Yet, we do not need to see this increase as a threat as long as our desired products are still available. If the introduction of a new cereal automatically resulted in your favorite brand being discontinued, we would feel the need to have a strong opinion about every new cereal product. That is simply unrealistic. This is a direct parallel to the marketplace of ideas. We do not have to have an opinion about or compete with every available idea from a source that is not in a position of authority (i.e., a politician or government official), and therefore not forced upon us.

On my HBCU campus, there is a deeply rooted sense of community that allows us to more easily have civil discourse and embrace the marketplace of ideas. Generally, people are not ostracized by their peers for their perspectives. Rather, the community encourages diverse ideas and opinions in an attempt to broaden our exposure to different cultures, different political affiliations, and different socioeconomic backgrounds. It is hearing the explanation of things that we may not agree with that allows us to understand the perspectives of others and to have exposure not only to what we believe but to everything that exists in the world. We understand that the grocery store cannot be filled with only the foods that we like. Instead, we recognize it must be filled with foods that can appeal to diverse diets, cultures, and preferences. I have seen what it is like when we treat the marketplace of ideas like simply browsing through a grocery store, and I think that is how everyone should view it: as somewhere that we have choices, not competition.

Tiana Singleton is a rising Junior at Spelman College and a FIRE Summer Intern.