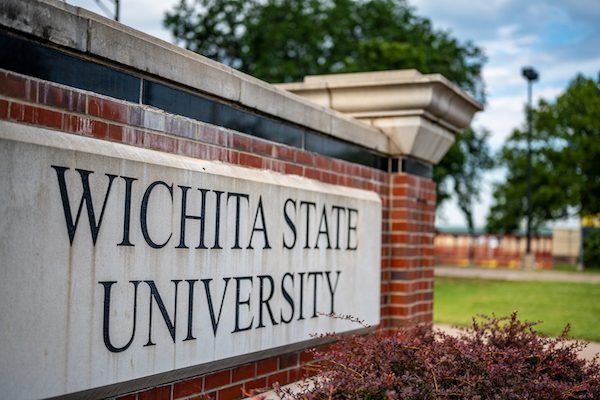 Wichita State University’s Turning Point USA campus chapter has finally received formal recognition — but the student government is signaling that it wants to delegate its authority to recognize all potential student groups to other branches of the university. This does not bode well for the future of student speech and club recognition on campus.

Student groups that hold political views disfavored by the campus at large cannot be expected to rely on an appeals process every time they seek to gain recognition. The student senate is reportedly considering a bill that would transfer authority for recognizing student groups to a branch of the university’s administration. Among the reasons given for that bill is the concern that senators would have to vote in favor of recognizing groups that they don’t think represent their student constituents, according to the campus newspaper The Sunflower.

Translation: The student senate no longer wants to have the authority to recognize groups that are out of line with popular campus orthodoxy.

The proposal comes after a lengthy fight by TPUSA to gain recognition that culminated in Wichita State University Student Government Association’s Supreme Court intervening to overrule the student senate’s decision to deny the club recognition. In a unanimous decision, the court determined — rightfully so — that the senate’s denial of recognition was unconstitutional.

Wichita State President Rick Muma reinforced the content-neutral nature of the recognition process and said that the university would step in to effectively recognize the group if the group’s appeal failed.

“The SGA’s rules and regulations reflect a process that only allows content-neutral reasons to deny an organization recognition. The university trusts that the SGA will, through its appeal process, remedy any deviation from those rules,” he said. “Should this not occur, the university will continue to ensure this organization, and all eligible student organizations, receive the full benefits and resources made available to them by the university.”

But despite this positive turn of events, FIRE is concerned by further indications that Wichita State’s student government will continue the practice of denying recognition to clubs whose ideologies do not align with that of the student senate, leaving group recognitions to be resolved by the student supreme court. Student groups with political ideologies outside the mainstream cannot be expected to appeal every time their recognition is denied — a hurdle that can amount to viewpoint discrimination.

Indeed, the debate over whether or not to recognize TPUSA saw student senators signal their concerns over the politics of the group. One senator appealed to student safety, an appeal that has been used before to restrict speech.

The solution is not, as the student senate now appears to be contemplating, relinquishing authority to recognize student groups.

“All of us should be worried about the safety of our constituents,” the student senator said in an interview with The Sunflower. “It should absolutely be a priority that all students feel safe, and I do understand that promoting groups to have a voice is incredibly important, however you can not have a voice if you are unsafe.”

There have been numerous examples of student governments denying recognition to clubs based on viewpoint. FIRE wrote Wichita State on Oct. 19 explaining why denying the club recognition violated student First Amendment rights. As FIRE explained in our last report about the situation:

Voting for recognition isn’t an endorsement of a prospective group’s views. Instead, it’s a necessary reaffirmation that students have the right to organize around whatever views they may hold, even if others firmly reject those views. The existence of thousands of vibrant student groups recognized by their student government — including those advancing opposing or unpopular ideas — stands as a testament to decades of capable student leaders understanding the value of fostering a diverse array of clubs on campus.

The group announced on Oct. 28 that it had gained recognition. But the recognition only came after the club appealed the student senate’s decision to the court.

This approach is simply unsustainable and chilling, especially if student groups that the student senate finds controversial have to appeal every time or go through a new process with the school’s administration.

The solution is not, as the student senate now appears to be contemplating, relinquishing authority to recognize student groups. Rather, it should be the student senate formally adopting viewpoint-neutral criteria for clubs to be recognized. This would be simpler, and comply with the First Amendment. For example, the student senate’s question in approving recognition could be whether the group has fulfilled all of the requirements for recognition, rather than whether the senators agree with recognizing the student group based on its perspective or viewpoint. FIRE has created a model policy concerning procedures for viewpoint-neutral club recognition and student allocation fees that could be useful in this situation.

[Read More: Wichita State University’s student senate is asking whether it can deny a Turning Point USA chapter recognition. Here’s why it can’t.]

The decision to deny TPUSA recognition is, unfortunately, not unprecedented. In 2017, Wichita State’s SGA denied official recognition to a prospective chapter of Young Americans for Liberty, a student organization that also has historically faced viewpoint-based pushback on campus. In that case, the student supreme court also stepped in to overturn the decision, making the current situation a depressing instance of history repeating itself at Wichita State.

The ability to recognize student groups is an undoubtedly important one. After all, as FIRE has said before, a campus’s wide variety of student organizations is often a great indicator of a campus’s diversity and vibrancy. It is one that the student senate should value.