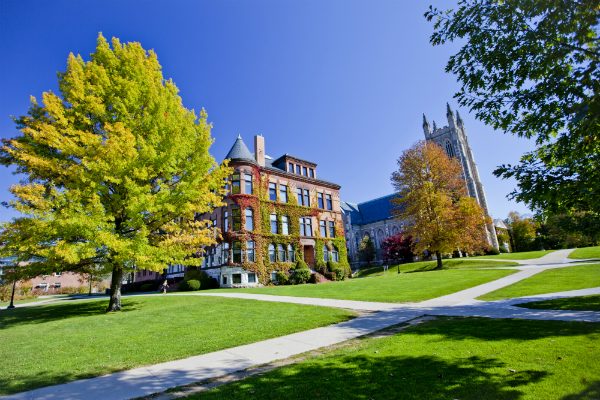 In Board of Regents of the University of Wisconsin System v. Southworth, the Supreme Court held that “[w]hen a university requires its students to pay fees to support the extracurricular speech of other students, all in the interest of open discussion, it may not prefer some viewpoints to others.” While this standard is only required of public universities bound by the First Amendment, it should be voluntarily adopted by universities, and their governing bodies, that promise freedom of expression to current and prospective students.

Unfortunately, this principle was abandoned at Williams College, where the Williams College Council — the student governance body — voted late last month to deny recognition to prospective group Williams Initiative for Israel on the basis of the group’s views.

WIFI first requested recognition as a registered student organization, or RSO, at the College Council’s April 16 meeting, where discussions were tabled after contentious debate about the group’s mission. Discussions picked back up on April 23, leading again to arguments about WIFI’s viewpoints and the College Council’s 13–8 anonymous vote to deny the group RSO status, making it “the first club in over a decade that complied with all CC bylaws for recognition but failed to gain RSO status.”

Due to recent controversy on the campus and alleged threats made to students, the College Council also “decided not to publish a livestream for the April 23 meeting and published meeting minutes without any speaker names in a document accessible only to students and faculty with Williams emails.” (A screenshot of the minutes was leaked and show the comments made for and against WIFI.)

Student newspaper The Williams Record reported on the “heated debate among a number of guests” at both meetings. They noted a number of anomalies in the College Council’s conduct toward WIFI, including the decisions to conduct the vote regarding WIFI anonymously, not post the livestream of the meeting, and redact the names of council members and guests who spoke during the April 23 meeting.

The Record’s editorial board criticized the anonymous vote:

“We understand that there are exceptional circumstances for withholding guest identities, such as from the April 23 meeting, where there were legitimate safety concerns,” they wrote, “but we believe that councilmembers should be named and that their votes should be specified in the minutes document, which may be accessed by anyone with a Williams email account.”

“[I]t is apparent,” the students wrote, “that WIFI was denied official status on purely political grounds, as CC members and guests fought to silence us and effectively turned the meeting into a referendum on Israeli-Palestinian politics.”

They also pointed out that a Students for Justice in Palestine chapter had been recognized by the College Council — a decision they support:

To be clear, we celebrate the fact that groups such as Students for Justice in Palestine have been granted RSO status, and that students who believe in that group’s mission have been given a platform to support their cause. WIFI is requesting only that students with a different perspective be given that same platform and opportunity to be heard.

In a May 3 statement, Williams College President Maud Mandel acknowledged that the College Council’s decision to reject WIFI “was made on political grounds,” and that she was troubled by it:

[The] Council departed from its own process for reviewing student groups, which at no point identifies a proposed group’s politics as a criterion for review. The decision also seems to be in tension with CC bylaws, especially Article V, Section 3: “Prohibition Against Discrimination in Student Organizations.”

We’ve always expected the Council to follow its own processes and bylaws. I’m disappointed that that didn’t happen in this instance. College leaders have communicated to the organizers of Williams Initiative for Israel that the club can continue to exist and operate without being a CC-approved RSO. This is not a special exception. It’s an option that has been open to any student group operating within the college’s code of conduct. Even without CC approval, WIFI or any other non-CC organization can still access most services available to student groups, including use of college spaces for meetings and events. I see the communication of this fact to WIFI as a basic matter of fairness and people’s right to express diverse views. Differences over such views are legitimate grounds for debate, but not for exercising the power to approve or reject a student group.

Mandel’s recognition that the College Council is wielding its authority to engage in viewpoint discrimination of a potentially unpopular student group to the detriment of free expression on Williams’ campus is encouraging. But it is not enough. A commitment to freedom of expression requires taking steps to restore it, not just lamenting when it’s been challenged.

The events at Williams are remarkably similar to those at Connecticut’s Trinity College, where the Student Government Association voted last week (via an atypical secret ballot) to deny recognition to the Churchill Club, a student group affiliated with the Churchill Institute, which is “dedicated to the preservation, dissemination and extension of the Western moral and philosophical Tradition.” The Trinity SGA even noted that “the club completed all of the steps regarding approval” but the SGA expressed concerns regarding, among other things, “discomfort” about the club expressed by “a wide variety of communities within our campus.”

As an educational institution, we have an unshakable commitment to free expression and inquiry, open debate and discourse, and the valuing of all voices. It is the administration’s understanding that the group had met the requirements of the college and of SGA and should therefore have received SGA recognition.

Earlier in the semester, [the Office of Student Activities, Involvement & Leadership] reviewed and approved the application materials of the Churchill Club. As such, the club is an officially recognized student group at Trinity. College recognition of a student organization confers certain benefits, such as the ability to reserve college facilities and services, host events, and utilize campus communication channels.

As with Mandel’s statement about WIFI, Berger-Sweeney correctly noted that the SGA failed to live up to the college’s “unshakable commitment to free expression and inquiry” in its denial of recognition to the Churchill Club. And, like Mandel, she failed to fully mend the situation. When a college promises to its students the rights to freedom of speech and association, it cannot sit idly by when agents acting on its behalf violate those rights.

The independence of student governments deserves respect, but so do the rights of students who attend a college that commits to free expression. Both Williams College and Trinity College must take steps to ensure that WIFI and the Churchill Club are recognized as official registered student organizations and have equal access to funds and other resources available to other clubs on campus, and, going forward, their student governance bodies should decide group recognition regardless of viewpoint, not because of it.