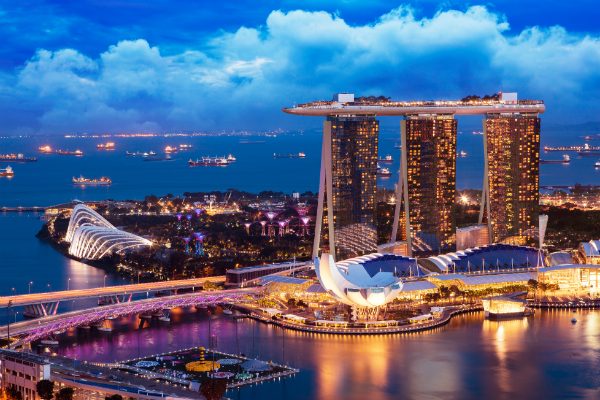 Yale-NUS College, a liberal arts institution in Singapore formed by a collaboration between Yale University and the National University of Singapore, is under scrutiny this week after cancelling an educational program originally titled Dissent And Resistance In Singapore.

The Straits Times reports that the program’s “proposed activities included film screenings and dialogues,” and a focus on dissent from “citizen journalism to artistic works, from ‘accommodationist’ tactics such as pragmatic resistance to ‘radical’ strategies of civil disobedience.”

Yale-NUS leadership suggested that the reason for cancellation is that dissent is a sensitive subject in Singapore, and could create legal risks for the university and its students:

Explaining the decision to pull the plug on the course, Yale-NUS College president Tan Tai Yong told ST on Saturday that the decision to withdraw the project – later named Dialogue And Dissent In Singapore – was not taken lightly. He said the university reviewed the proposed itinerary and found that it did not align with learning objectives earlier approved by the curriculum committee.

“The project in question does not critically engage with the range of perspectives required for a proper academic examination of the political, social and ethical issues that surround dissent,” he added.

“The activities proposed and the selection of some of the speakers… will infringe our commitment not to advance partisan political interests in our campus.”

He also said the proposed activities included “elements that may subject students to the risk of breaking the law, and incurring legal liabilities”.

“This is not acceptable to the college as we are committed to operating within Singapore laws – a position set out by our founding president back in 2012.”

Tan told student newspaper The Octant, “The fundamental reason why we took the decision we did was risk mitigation, particularly for international students, who could lose their student pass for engaging in political activity.”

Associate Dean of Faculty Nomi Lazar added that the college was concerned about the role that protest would play in the program.

“If the purpose was to actually engage in protest or partisan politics,” Lazar said, “then we were not supportive of the module because it is not appropriate for an academic course to engage in partisan activities and it is certainly not appropriate to put our students at risk of breaking the law.”

The incident has prompted Yale President Peter Salovey to call for an investigation into whether the decision violated the institution’s commitment to academic freedom. In a statement from YaleNews, Salovey said:

In founding and working with our Singaporean colleagues on Yale-NUS, Yale has insisted on the values of academic freedom and open inquiry, which have been central to the college and have inspired outstanding work by faculty, students, and staff: Yale-NUS has become a model of innovation in liberal arts education in Asia. Any action that might threaten these values is of serious concern, and we at Yale need to gain a better understanding of this decision.

He added that Vice President and Vice Provost for Global Strategy Pericles Lewis would “gather all the facts central to this matter” to help Salovey “determine the appropriate response.”

FIRE hopes Yale makes its findings into the course cancellation public. If the decision is found to violate institutional commitments to academic freedom and freedom of expression, Yale should also explain how Yale-NUS will ensure similar violations are prevented in the future.

If Yale does make such a finding, it will again call into question the wisdom of American universities’ efforts to open institutions and programs in unfree places like Singapore, where crackdowns on protest and dissent have earned condemnation from human rights advocates. After all, a university’s promise to protect freedom of expression can only go so far if speech and academic discussion can result in a jail sentence.

Similar questions have been raised about Georgetown University’s Qatar campus, where a student-led debate on God and gender was evidently shut down because of Qatar’s blasphemy law, and New York University’s Abu Dhabi campus, which has faced criticism from students and faculty for years over NYU’s inability to square its strong commitments to expressive freedoms with the United Arab Emirates’ treatment of academics.

At the very least, universities that promise expressive rights and academic freedom should be upfront with students and faculty about how that promise may conflict with local laws in regions hosting satellite campuses or programs.

That’s why FIRE encourages universities to adopt our “Commitment to Campus Free Expression at Home and Abroad,” part of FIRE’s Home and Abroad Initiative, which asks universities to prioritize the expressive rights of their students and faculty abroad, and to notify them of the speech restrictions they should expect to face on universities’ satellite campuses and programs abroad. If you’re interested in encouraging your university or alma mater to sign on,  please add your name.