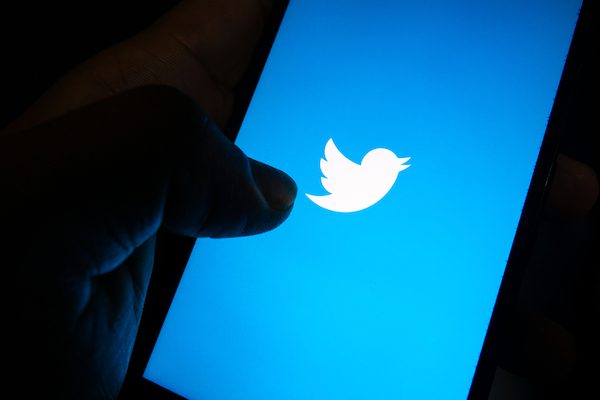 Last Thursday, FIRE wrote to the San Diego Community College District objecting to its censorship of a professor’s online speech — including the chancellor’s decision to block the professor on Twitter after she criticized plans for author and activist Alice Walker to speak at the chancellor’s investiture ceremony. One day later, the @ChancellorSDCCD Twitter account disappeared.

FIRE hasn’t yet received a response to our letter, but it must have caught the attention of SDCCD Chancellor Carlos O. Cortez. As we told Cortez, the interactive space of a government actor’s official social media account is a public forum where shutting down expression of disfavored views is unconstitutional. If Cortez deleted the @ChancellorSDCCD account for the viewpoint-discriminatory purpose of deplatforming a faculty critic, he may have only added to his list of First Amendment violations. In any event, Cortez’s actions do not speak well of the state of free speech at SDCCD.

Putting aside whether Cortez’s actions were lawful, they certainly weren’t honorable or conducive to free expression.

To recap, in May, the @ChancellorSDCCD account posted a tweet promoting the chancellor’s investiture, which was to feature Alice Walker — who has faced accusations of anti-Semitism — as the keynote speaker. Replying to that tweet, San Diego Mesa College professor Inna Kanevsky wrote, “Please consider NOT harming the Jewish students and faculty by having such an antisemitic ‘superstar’ speak.  Would you invite a known racist or homophobe?”

Cortez immediately blocked Kanevsky’s account and sent her a direct message on Twitter saying he would not let Kanevsky “troll” him online.

As we explained last week, Cortez, as the leader of SDCCD — a public institution — is bound by the First Amendment. His act of blocking Kanevsky in response to her critical tweets likely violates her First Amendment rights:

For most people on social media, blocking accounts is a perfectly lawful way to avoid unwanted interactions with other users. But government officials are not most people. Numerous court decisions have established that when government officials act in their official capacities to create a forum where others can speak — such as an interactive social media page accessible to the public, even on a private platform like Twitter or Facebook — they must abide by the First Amendment. That means they cannot burden or censor online speech because of the viewpoint it expresses. On Twitter and Facebook, that effectively prevents government officials acting under color of law from blocking people for expressing disfavored views.

FIRE’s letter to SDCCD also raises concerns over Kanevsky’s dean asking her to delete a so-called “defamatory” tweet in which Kanevsky criticized the dean’s and the chancellor’s attitudes toward anti-Semitism. Kanevsky deleted the tweet, but as we explained last week, it did not meet the legal standard for defamation. It was — like Kanevsky’s other tweets — protected expression, and the dean’s request to take it down discriminated against Kanevsky again based on her views.

Maybe Cortez was not aware of the extent of his and SDCCD’s First Amendment obligations before receiving FIRE’s letter. But one would hope that once Cortez understood those obligations, he would correct his missteps by unblocking Kanevsky on Twitter and affirming her right to free speech. Instead, he chose the nuclear option: deleting his account.

Cortez might have thought this was an easy and lawful solution to the problem of having to hear online criticism of his actions as a public official. But he actually may have dug himself a deeper hole.

After FIRE wrote @ChancellorSDCCD about selectively blocking critics on Twitter, we hoped he’d do the right thing and stop. Instead, he deleted his account. pic.twitter.com/dtuEKwdEc8

As we’ve explained, Cortez’s use of the @ChancellorSDCCD account in his capacity as a public official created a public forum bound by the First Amendment. Generally, the government is free to close down a forum completely (by, for instance, selling a public park to a private entity) without running afoul of the First Amendment. However, several courts have held or indicated that once the government opens a public forum, it cannot close the forum for a viewpoint-discriminatory reason. That includes the U.S. Court of Appeals for the Ninth Circuit, which has jurisdiction over SDCCD.

In one case, the Ninth Circuit upheld the closure of a section of national forest for road construction, even though it would exclude activists who had been using the space to protest against logging and road building, because the closure was for safety reasons and was not based on the content of the protestors’ speech. But the court warned that the government’s decision to close a public forum is not “sacrosanct.” If, for instance, “the true purpose of such an order was to silence disfavored speech or speakers,” courts could properly intervene.

This makes sense. The government shouldn’t be able to get away with otherwise-unconstitutional targeted censorship of unwanted speech in a public forum simply by banishing more views and speakers. From the targeted speaker’s perspective, the effect of a forum closure is essentially the same as if they were the only one excluded. Frank LoMonte, legal counsel for CNN and former director of the Brechner Center for Freedom of Information, underscored the chilling effect of allowing this loophole:

If it becomes established First Amendment doctrine that a government agency may discontinue operating a forum even for a viewpoint retaliatory reason, there would be no constitutional impediment to the agency serving notice on speakers. Potentially, if speech crosses the line of what government deems acceptable, the plug will be pulled and no further speech will be allowed. The chilling effect of making forum property so fragile—and letting speakers know that the ice on which they are skating may give way at any time—is self-evident.

It’s difficult to imagine anything more destructive to the spirit of the First Amendment than closing down a public forum for the purpose of silencing criticism of government officials by some users of the forum. As LoMonte says: “If a designated public forum is to have any significance, it must have durability. A ‘public forum’ ceases to have meaning if governments can flip the ‘off’ switch at will whenever a disfavored speaker shows up bearing an unpopular message.”

Putting aside whether Cortez’s actions were lawful, they certainly weren’t honorable or conducive to free expression. The chancellor had a simple and speech-friendly alternative to shutting down an active channel of communication with his constituents: weather criticism from those who disagree with his actions as a public official. That shouldn’t be too much to ask of the leader of a public community college system.

FIRE’s letter asked SDCCD for a response by the end of next week. We will keep readers updated on any further developments.