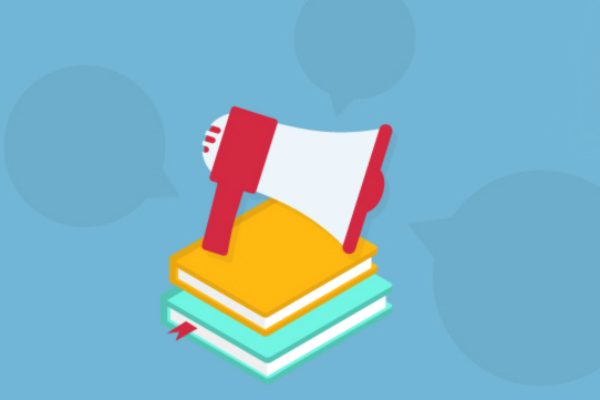 While students around the world struggle in an effort to gain their voices, many students at American universities are begging to lose theirs. Under the guise of safety and campus harmony, undergraduates from across the country have begun asking their administrators to silence fellow students, ban speech they find offensive, and demand a culture free of unwelcome words. We should be wary of taking away the most powerful tool students have historically had available to them — their voice — in a misguided effort to protect them from each other.

While countless students rightly stand against hatred and bigotry, many come to the battle against hateful ideas equipped with the wrong toolkit. Instead of using many of the influential options available to them such as dialogue and debate, some request that those in power censor the views with which they disagree. Although this is often done with the goal of stopping loathsome rhetoric, it’s also done with a lack of historical perspective. By demanding that administrators shut down controversial speakers and stop students from spreading viewpoints they disagree with, they are advocating for removing some of the protections that were necessary for the success of every major American civil rights movement — and are doing so in the name of “progress.”

It’s easy to forget that every civil and human rights movement in the United States has come about, at least in part, because of freedom of speech. Martin Luther King Jr. used the power of his speech to fight against grave inequities in our society and to push for equal rights for black Americans. He understood that freedom of speech was a necessary protection against injustice, and a powerful tool for creating actual change in this country. His views weren’t mainstream at the time, and some in power tried to shut him down again and again. But, armed with the First Amendment, he was able to let his voice be heard — despite massive opposition. He is not alone in his use of the First Amendment. Other reformers such as Susan B. Anthony, Harvey Milk, and Frederick Douglass used their voices to secure things such as the right to vote for women, an end to state discrimination for LGBTQ+ people in San Francisco, and an end to slavery. They, too, were all seen as radical and sometimes dangerous actors — but their ability to talk freely made so many of the advancements in civil rights we have in our society possible.

University students specifically have been instrumental in using their speech to make a difference around the country. During the 1960s, four black students at a North Carolina college started the Greensboro sit-in, a civil rights protest through which participants fought against segregation in businesses across the country. The protest ultimately lead to a national conversation about the injustice of segregated facilities. During the Vietnam War, student protestors brought anti-war efforts to the forefront of the media, taking an issue that was mostly discussed by college intellectuals and bringing it into the public sphere with marches and other public demonstrations. While it would be years until the official end of the conflict, students had tremendous influence in shaping public opinion on the Vietnam War.

Even today, college students’ participation in movements such as Black Lives Matter and March for Our Lives create new narratives and shift public sentiment on their campuses and in the world. Black Lives Matter, which brought attention to the issue of police brutality, used social media as a way of mobilizing society. March for Our Lives, a 2018 movement promoting gun control, organized 80,000 students and even successfully pushed for a ban on bump stocks.

Students asking for administrative intervention to block speech they don’t like might later find themselves censored when advocating for consequential change. Students may be under the illusion that an administration will censor vile dialogue but protect speech that they find valuable or important, but history has shown us that that administrators are more than willing to ban a wide variety of speech that they find harmful to the university, regardless of its value.

Students should be extremely cautious about giving the power of censorship to schools, which have historically been such poor champions of free expression. University administrators have attempted to shut down speech for decades, and recent years have been no exception. Administrators at DePaul University have shut down events promoting freedom of speech and expression, and they’re not alone. Rensselaer Polytechnic Institute has cancelled protests against the school administration, and other schools have arrested and even jailed students attempting to hand out copies of the Constitution. From Alabama A&M University to the University of Southern California, schools across the nation have placed major restrictions on students’ rights to protest and peacefully dissent as a way to squash views that don’t conform to their own. While private schools aren’t legally obligated to provide First Amendment rights to their students, their silencing of dissenting views goes against the entire spirit of a university atmosphere — as well as the explicit promises of free expression that many of these institutions make to their students. With such a bad record on protecting important speech, should students really trust schools to adjudicate and decide which voices are allowed, and which ones are not?

It has only been through the use of public demonstrations and national conversations that we have seen real improvements in this country on important issues both foreign and domestic. Students may claim that they want a university to shut down certain views for the safety of those on campus, but make no mistake, when a school starts to censor views that it finds unfriendly or disagreeable, they chip away at the greatest device available to students to effect change. College environments have historically been a breeding ground for activism, and taking away students’ ability to participate in such activism threatens to impede future advancements within our society.

Using your voice is the best tool for effecting change on a college campus and in the world. Protecting that right to speak might not always lead to perfect outcomes, and you will hear many things you disagree with, but a university or government given powers of censorship can silence students on topics across the board. Policies limiting student speech rights may be made with good intentions, but once administrators have that power, what is to stop them from using that power to silence those seeking meaningful changes on campus?

History has time and time again shown the importance of protecting free speech and open dialogue. Students in the United States would be wise to recognize the value of our free speech rights, and should seek to protect and promote the peaceful exchange of ideas around a college campus instead of actively working to dismantle the protections that shield us all.

Students have the power to change the world with their words, and that’s a power well worth fighting for.