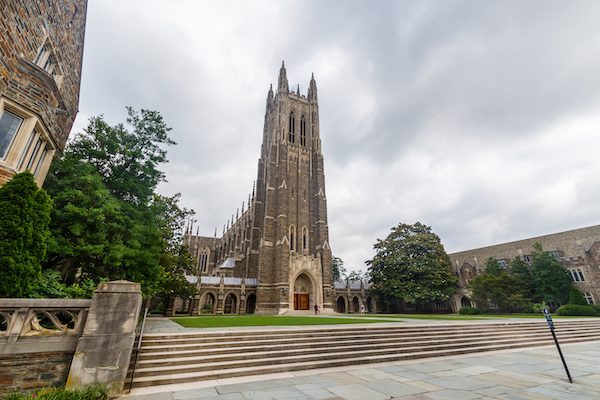 A month after a pro-Israel club was denied recognition by Duke University’s student government, Zionist and civil liberties advocacy groups continue to sound the alarm, urging Duke to comply with its promises to students by granting the student organization full recognition.

As FIRE reported at the time, on Nov. 15, Duke Student Government President Christina Wang vetoed the recognition of a Students Supporting Israel chapter based on one of the group’s social media posts, which Wang deemed uncivil. After receiving a letter from FIRE urging it to grant SSI recognition, Duke’s student senate upheld the veto, leaving SSI unrecognized because of a solitary social media post.

On Nov. 24, Duke President Vincent Price released a statement pledging to provide “options” as well as “financial and programmatic support” to SSI. FIRE then wrote to Price on Dec. 8, explaining that Duke must provide SSI with resources commensurate to recognized student organizations so as not to contravene explicit promises that students enjoy expressive and associational rights.

Duke is violating its own promises of free expression by not recognizing SSI.

Now, about a month after the veto was upheld, SSI remains unrecognized. FIRE asked Duke to respond to our Dec. 8 letter by Wednesday, but we have not yet heard back. Zionist and civil liberties groups, however, continue to put pressure on Duke to recognize SSI with no signs of stopping.

The Louis D. Brandeis Center for Human Rights Under Law, a non-profit which advocates for the rights of Jewish people, sent a letter to Duke on Dec. 14, citing FIRE and stating:

Duke has made clear promises to its community members to protect the freedom of its students to speak on matters of public importance. And these commitments to free speech and open expression have legal ramifications pursuant to applicable federal regulations.

Zachor Legal Institute, which aims to combat antisemitism, wrote a letter to Duke in support of SSI and expressing agreement with FIRE’s stance that Duke is violating its own promises of free expression by not recognizing SSI.

Duke’s response to DSG’s actions toward SSI was inadequate. As Duke knows or should know, there is no question that DSG’s actions were wrong and violated university policies. DSG violated Duke’s policy recognizing the right to freedom of expression, and singled out and penalized a pro-Israel group, while ignoring a Duke anti-Israel group’s long history of harassing Jewish and pro-Israel students and making them feel unwelcome and unsafe. Duke has the right and the obligation to override DSG’s wrongful decision and should do so without further delay.

Other groups like the Coalition for Jewish Values and Standing for Freedom Center have also spoken out against Duke for not recognizing SSI.

While we are disappointed to have not heard back from Duke, we are heartened to see other organizations standing up for SSI’s expressive and associational rights. Because of those rights, which Duke expressly promises to its students, the university must provide SSI not just with fiscal resources but also all other resources promised to student groups. (FIRE recognizes those strong promises of free expression by awarding Duke our highest “green light” rating for policies protecting students’ expressive rights.)

FIRE calls on Duke to right its student government’s wrong by either recognizing SSI as an official student group or providing it with the same resources as other student groups on campus.