FIRE > Essay Contest Winner > America is The Land of the Free and the Home of the Brave. But…Are its Universities? 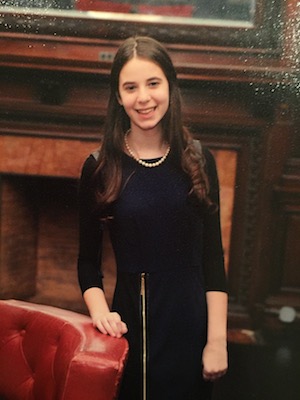 When I think back on my favorite childhood memories, one immediately comes to mind, one that I will never forget. While attending a baseball game with my grandparents, we rose from our seats, along with tens of thousands of others in attendance, to sing the “Star Spangled Banner.” As the song ended and the crowd sang the final words in unison, “O’er the Land of the Free and the Home of the Brave,” I noticed that those words seemed to hold special meaning for my grandparents. Yet for the rest of us, they were sung as if by rote.

When I asked what had caused them to be so moved, my grandmother told me that the United States had given a voice to both her and to my grandfather. They had endured the horrors of the Holocaust in Europe, the tortures of the concentration camps, the murder of their families and the destruction of their communities. My grandmother told me that the United States is truly “the Land of the Free,” because here anyone is entitled to stand up for the values that matter to them. It is also the “Home of the Brave,” because there are people here who are willing to stand up for causes that resonate with them without regard for their popularity. Here, there is freedom of speech.

Under the Nazi regime, no one was able to effectively speak on behalf of the 11 million Jews, Gypsies, Homosexuals, and other minorities who were murdered. My grandmother implored me to make certain that “the Land of the Free and the Home of the Brave,” is something that rings true for generations to come. The voices of others, she told me, always need to be heard.

It shocked me to find that these words do not ring true at many of our universities in this great country. As a high school junior, it is my expectation to be nervous about certain things in college. But, never did I expect to be concerned about my freedom of speech. I always took for granted that a place of higher learning is a place where all students are not only able, but are encouraged, to share their differing ideas. Unfortunately, this guarantee can no longer be taken for granted at universities. The lack of this basic and essential freedom is now my biggest fear.

Hearing about the experience of Chris Morbitzer, an individual who founded the Young Americans for Liberty (YAL) chapter at the University of Cincinnati, shocked me. Both Morbitzer and his YAL chapter were denied the basic liberties that we hold so dear. As he attempted to distribute flyers on campus, he was told by college administrators that if he did not cease and desist, YAL would be blacklisted and banned from the campus. He was relegated to a secluded area on the campus that was called the “free speech zone” – an area that encompassed only 0.1% of the campus. The university claimed that this action was necessary to ensure public order without disruptions. Morbitzer and the other members of YAL were threatened with arrest for trespassing if they ventured beyond the “zone.” This threat is reminiscent of Soviet Russia, Nazi Germany and other dictatorial regimes that have revoked basic civil rights. This threat is not what we expect in “the Land of the Free”. Morbitzer sued the University of Cincinnati and the “free speech zone” was abolished. Thankfully, freedom of speech reigned supreme.

At other universities, it does not even seem to matter whether someone is publicly sharing an opinion. At Indiana University-Purdue University Indianapolis, a maintenance worker at the university, who was also a student there, was innocently reading a book called, “Notre Dame and the Klan: How the Fighting Irish Defeated the Ku Klux Klan.” A supervisor saw Keith John Sampson reading the book and concluded that he must be a racist, while all Sampson wanted, was to be educated about this historic event. The University found him guilty of social harassment and Sampson was dismissed from his job without even being afforded the opportunity to have a hearing. Where is this “Land of the Free” that we sing about?

At Vanderbilt University, the administration has established an “all comers policy” for student organizations, including belief based groups. This policy requires that these groups accept anyone as a member, or even as a leader, regardless of whether or not they believe in the tenets of the organization. With this policy it is conceivable that someone who believes in pro-life could become the head of the pro-abortion group, or that someone who is an atheist can become the head of the born again Christian organization on campus. The administration claims this promotes “equal opportunities for all.” However, rather than giving equal opportunity, this policy tries to force pluralism in faith-based groups. It is of such concern, that 36 members of Congress got together to compel Vanderbilt to exempt belief-based organizations from this policy that they found to be discriminatory.

As Mark Twain wisely stated, “Don’t let schooling interfere with your education.” College is a place for young adults to discover themselves through exposure to a diverse culture and opinion pool. That is how they receive an education. Freedom of speech is essential for them to have this opportunity. We have seen throughout history that when governments forbid one’s freedom of speech, it leads to destruction. My grandparents lived through just that. Freedom of speech needs to be of paramount import in a democracy, whether in society as a whole or on a college campus. We all must protect freedom of speech and the bravery of those who are willing to stand up for that right which we hold so dear. We must hold true to the words of our national anthem, “O’er the Land of the Free and the Home of the Brave.”