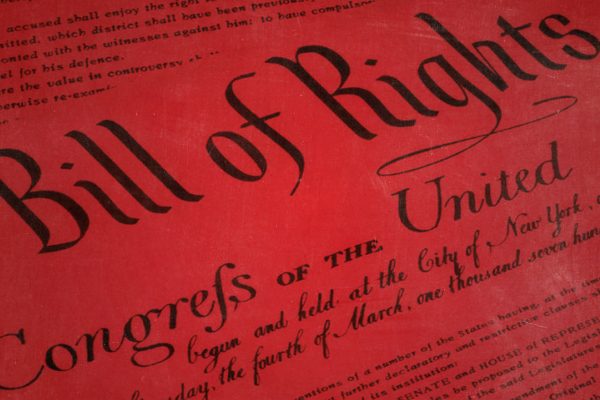 In 1787, at the first Constitutional Convention in Philadelphia, a mere 200 yards away from where FIRE’s main office sits today, George Mason lamented our nation’s new Constitution not being prefaced by a Bill of Rights. On Dec. 15, 1791, after years of rigorous debate, the states ratified the first ten amendments to the United States Constitution, explicitly guaranteeing rights and personal freedoms. Additionally, limitations were set on federal powers, such as declaring that all powers not specifically granted to the government would remain in the hands of the respective states and their peoples.

James Madison, the Virginian future president and primary author of the Bill of Rights, relied on a deep knowledge of political philosophy in formulating the amendments. The rights to petition the government and trial by jury, for example, both derived from the English Magna Carta of 1215. The English Bill of Rights, dating to 1689, provided an early precedent for what would become the Second Amendment in America. Madison’s biggest influence in drafting the Bill of Rights, however, came from existing state constitutions. The Virginia Declaration of Rights in particular, drafted by George Mason, provided a foundation for Madison’s work.

After suffering increased taxation without representation in Parliament, warrantless searches that allowed British inspectors to enter and ransack homes of private citizens, and laws requiring colonists to house and quarter British troops, the idea of liberty had become the foundational distinction of our new nation. As the Coinage Act of 1792 specified, “Upon one side of each of the said coins there shall be an impression emblematic of liberty, with an inscription of the word Liberty, and the year of the coinage; and upon the reverse of each of the gold and silver coins there shall be the figure or representation of an eagle, with this inscription, ‘UNITED STATES OF AMERICA’.”

It was under these circumstances that the founders’ vision of a government whose tasks included protecting individual rights had evolved. The government still had the responsibility of providing for the common defense and conducting foreign affairs, but among its chief purposes was protecting these “unalienable” rights, in the Declaration of Independence’s memorable verbiage.

It is for this reason that the language of the Bill of Rights does not explicitly grant Americans rights, such as freedom of speech or due process of law. Instead, it protects the rights considered to have already been bestowed upon all of us, simply by virtue of being born. It is likely because of their enumeration in our Bill of Rights, though, that these freedoms have served as the enduring foundation upon which the American polity rests. As FIRE’s executive director Robert Shibley wrote in 2009, “This arrangement demands a level of societal sophistication and tolerance for other viewpoints with which we still struggle. Yet, few in the United States are willing to argue that we would have been better off if the freedoms enumerated in the Bill of Rights had not been protected.”

None of this is to ignore the fact that it would ultimately take a civil war and over a century’s worth of work through further constitutional amendments before these rights were extended to all persons living in the United States. And the effort to preserve and uphold these rights, and to ensure their equal enjoyment by everyone in practice, continues today. But the vision and understanding of human nature exemplified in our Bill of Rights is still something to marvel at — and for which to be thankful — 230 years later.