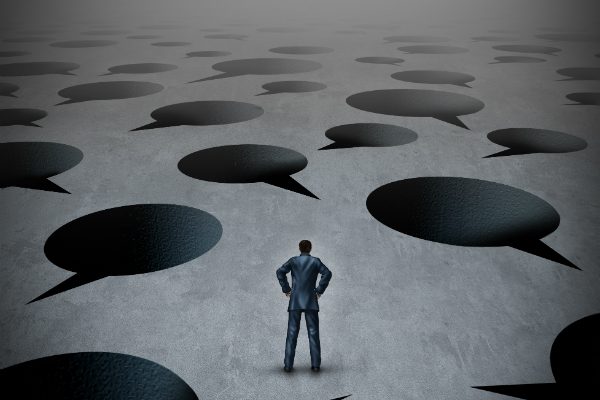 As the 2019–20 academic year gets into full swing, administrators should be thinking proactively about how to defend free speech and academic freedom in response to the controversies that will inevitably arise over the course of the year. Despite (or perhaps because of) the frequency of these controversies, administrators too often display a reprehensible lack of courage in the face of demands that students or faculty be censored or disciplined for their expressions of opinion, and this needs to change.

David Yager, president of the University of the Arts in Philadelphia, recently provided a model of the type of courage that is needed to prevent what the U.S. Supreme Court has called “a pall of orthodoxy” from stifling the exchange of ideas on campus and off. Any university administrator facing a free speech controversy can and should learn from Yager’s response to the one that arose on his campus.

This past spring, students at UArts demanded the university fire longtime professor Camille Paglia for sharing opinions about sexual assault, #MeToo, and gender identity that they found offensive. The outspoken Paglia is no stranger to controversy: In a recent interview with the Wall Street Journal, she described herself as a member of what she calls the “pro-sex, free-speech wing of feminism,” who gained notoriety for, among other things, a 1990 New York Times op-ed referring to Madonna as the “true feminist” for exposing the “puritanism and suffocating ideology of American feminism, which is stuck in an adolescent whining mode.”

When some of Paglia’s recent remarks drew student protests and demands for her ouster, Yager’s response was both eloquent and unequivocal:

Across our nation it is all too common that opinions expressed that differ from another’s—especially those that are controversial—can spark passion and even outrage, often resulting in calls to suppress that speech.

That simply cannot be allowed to happen. I firmly believe that limiting the range of voices in society erodes our democracy. Universities, moreover, are at the heart of the revolutionary notion of free expression: promoting the free exchange of ideas is part of the core reason for their existence. That open interchange of opinions and beliefs includes all members of the UArts community: faculty, students and staff, in and out of the classroom. We are dedicated to fostering a climate conducive to respectful intellectual debate that empowers and equips our students to meet the challenges they will face in their futures.

I believe this resolve holds even greater importance at an art school. Artists over the centuries have suffered censorship, and even persecution, for the expression of their beliefs through their work. My answer is simple: not now, not at UArts.

I love every word of that. But what I really keep coming back to is “not now, not at UArts.”

So often, universities offer lofty praise to free speech in theory, but lack the courage to publicly defend those values when the rubber meets the road. Yager’s response was a much-needed departure from that trend.

Erika Christakis wrote about this phenomenon in a Washington Post op-ed about Yale University’s response after she wrote an email to students questioning whether it was appropriate for universities to police adult students’ Halloween costumes. While Yale did not accede to student demands to fire Christakis, it stood by largely in silence as student outrage made it increasingly difficult for her to perform her job duties at the university, ultimately leading her to resign. Of Yale’s deafening silence, Christakis wrote:

There was no official recognition that the calls to have us fired could be seen as illiberal or censorious. By affirming only the narrow right to air my views, rather than helping the community to grapple with its intense response, an unfortunate message was made plain: Certain ideas are too dangerous to be heard at Yale. … It takes more than Yale’s admirable free speech code to ensure a healthy habitat for learning.

Similarly, after former Evergreen State University professor Bret Weinstein questioned whether it was appropriate for the university to ask white students and faculty to leave campus for a “Day of Absence,” the ferocious backlash against Weinstein led Evergreen — rather than standing up unequivocally for Weinstein’s right to express his opinion — to inform him that they could not guarantee his safety if he returned to campus. Like Christakis, Weinstein ultimately resigned from his position.

Last year, when University of Pennsylvania Law School professor Amy Wax made controversial comments about affirmative action and the performance of black students in her classes, Penn Law Dean Ted Ruger responded by removing her from teaching required first-year courses. When Wax again courted controversy this summer during a speech on immigration policy at a National Conservatism conference, Ruger issued a statement to the Penn Law community that included not a single mention of free speech or academic freedom.

As one might have expected, the appeasing behavior of administrators at Yale, Evergreen, and Penn Law did little to nothing to quell the controversies there, and have likely empowered would-be censors to erupt with angry demands every time someone else expresses views they don’t like. By contrast, the Paglia controversy — which received substantial media coverage in its first few weeks — seems to have died down relatively quickly once Yager issued his full-throated defense of free expression.

So as this new academic year kicks off, we at FIRE hope that administrators facing free speech controversies will take a page from Yager’s book. Have the courage to defend freedom of speech and academic freedom even in the face of what seems like insurmountable anger. The future of the university as a marketplace of ideas depends on it.