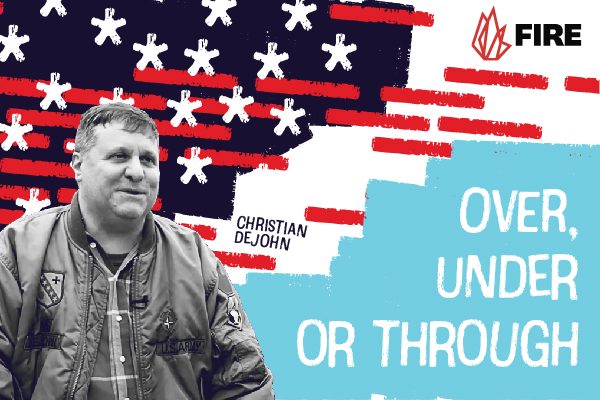 This Veterans Day, meet First Amendment defender Christian DeJohn. He served in the Pennsylvania Army National Guard. He was deployed to Bosnia after 9/11 and completed coursework overseas. He was on track to get his master’s degree in military history from Temple University.

But when DeJohn returned from deployment, Temple professors and administrators decided they didn’t like his pro-military opinions. Tired of his outspokenness in class, they began a petty vendetta against him that culminated in a refusal to conduct an impartial review of DeJohn’s completed master’s thesis, which prevented him from ever receiving his degree.

DeJohn’s subsequent lawsuit against Temple’s overbroad harassment policy, which was used to police his and other students’ speech, resulted in a landmark victory for free speech rights in higher education.

Despite being saddled with student loan payments for a Temple degree he never received, DeJohn says he’d do it all over again.