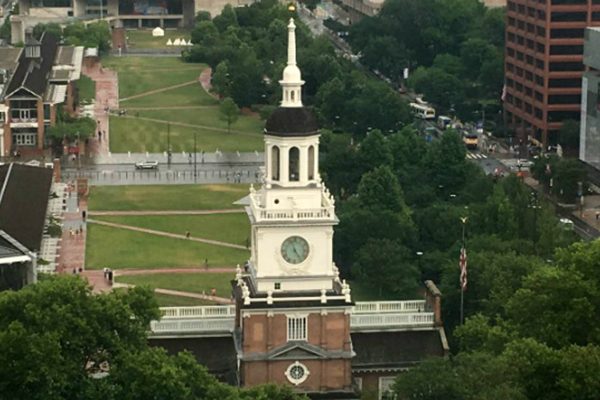 The History of the Foundation for Individual Rights in Education

America’s colleges and universities are, in theory, indispensable institutions in the development of critical minds and the furthering of individual rights, honest inquiry, and the core values of liberty, legal equality, and dignity. Instead, they often are the enemies of those qualities and pursuits, denying students and faculty their voices, their fundamental rights, and even their individual humanity. The university setting is where students are most subject to the assignment of group identity, to indoctrination of radical political orthodoxies, to legal inequality, to intrusion into private conscience, and to assaults upon the moral reality of individual rights and responsibilities. Illiberal university policies and practices must be exposed to public criticism and scrutiny so that the public is made aware of the violations of basic rights that occur every day on college campuses.

In 1998, University of Pennsylvania history professor Alan Charles Kors and Boston civil liberties lawyer Harvey A. Silverglate co-authored The Shadow University: The Betrayal of Liberty on America’s Campuses. In response, they received hundreds of communications and pleas for help from victims of illiberal policies and double standards that violated their rights and intruded upon their private consciences. To answer these calls for help and to transform the culture, Alan and Harvey founded the Foundation for Individual Rights in Education (FIRE).

Alan took on the role of FIRE’s first president, while FIRE’s first employee, executive director Thor Halvorssen, played an important role in launching the organization, starting from a tiny office in Wilmington, Delaware. Thor departed as CEO in 2004, with FIRE firmly established and now headquartered in Philadelphia. That same year, David French became president of FIRE. He moved the organization to a larger headquarters and led the team through growth until he departed in 2005 to serve in Iraq as a member of the U.S. Army’s JAG Corps. In 2006, Greg Lukianoff, who began as FIRE’s first director of legal and public advocacy in 2001, became FIRE’s president. In 2015, Greg became FIRE’s president and CEO. Robert Shibley, a FIRE attorney since 2003, became executive director of a greatly expanded FIRE, which now had offices in Philadelphia and Washington, D.C., with remote offices around the country. Today, FIRE is the leading organization defending basic rights on campus and is a leading educator on the philosophy and history of freedom of speech, due process, and academic freedom, with approximately 65 employees spanning the country.

FIRE, a free speech non profit, effectively and decisively defends the fundamental rights of tens of thousands of students and faculty members on our nation’s campuses while simultaneously reaching millions on and off campus through education, outreach, and college reform efforts. In case after case, FIRE brings about favorable resolutions for the individuals who continue to be challenged by those willing to deny fundamental rights and liberties within our institutions of higher education.

FIRE’s work to protect fundamental rights on campus concentrates on four areas: freedom of speech and expression; religious liberty and freedom of association; freedom of conscience; and due process and legal equality on campus. Ultimately, FIRE seeks to end the debilitating fatalism that paralyzes students and faculty by bringing public attention to the issue while providing protection to those who are now helpless in the face of abuses of power on campuses across the nation.