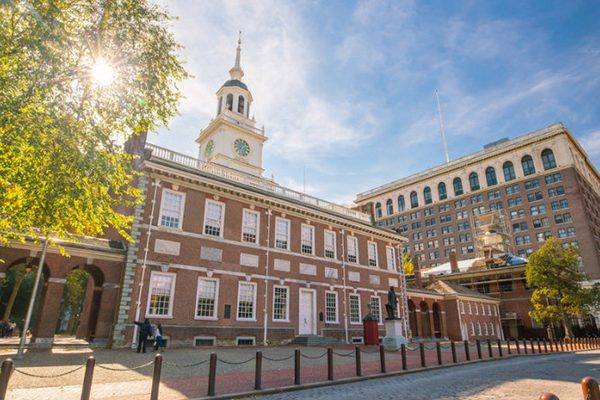 The Foundation for Individual Rights in Education’s mission is to defend and sustain the individual rights of students and faculty members at America’s colleges and universities. These rights include freedom of speech, freedom of association, due process, legal equality, religious liberty, and sanctity of conscience—the essential qualities of liberty. FIRE educates students, faculty, alumni, trustees, and the public about the threats to these rights on our campuses, and provides the means to preserve them.

FIRE was founded in 1999 by University of Pennsylvania professor Alan Charles Kors and Boston civil liberties attorney Harvey Silverglate after the overwhelming response to their 1998 book The Shadow University: The Betrayal Of Liberty On America’s Campuses.

Why is free speech important on campus?

Freedom of speech is a fundamental American freedom and a human right, and there’s no place that this right should be more valued and protected than America’s colleges and universities. A university exists to educate students and advance the frontiers of human knowledge, and does so by acting as a “marketplace of ideas” where ideas compete. The intellectual vitality of a university depends on this competition—something that cannot happen properly when students or faculty members fear punishment for expressing views that might be unpopular with the public at large or disfavored by university administrators.

Nevertheless, freedom of speech is under continuous threat at many of America’s campuses, pushed aside in favor of politics, comfort, or simply a desire to avoid controversy. As a result, speech codes dictating what may or may not be said, “free speech zones” confining free speech to tiny areas of campus, and administrative attempts to punish or repress speech on a case-by-case basis are common today in academia. FIRE, as a free speech nonprofit organization, fights against this sort of censorship in academia.

What is the First Amendment?

The First Amendment to the United States Constitution is the part of the Bill of Rights that expressly prohibits the United States Congress from making laws “respecting an establishment of religion,” prohibiting the free exercise of religion, infringing freedom of speech, infringing freedom of the press, limiting the right to peaceably assemble, or limiting the right to petition the government for a redress of grievances. The protections of the First Amendment are extended to state governments and public university campuses by the Fourteenth Amendment. FIRE is a First Amendment charity that every day fights to defend these protections in higher education.

What does FIRE do?

FIRE effectively and decisively defends the fundamental rights of tens of thousands of students and faculty members on our nation’s campuses while simultaneously reaching millions on and off campus through education, outreach, and college reform efforts. In case after case, FIRE brings about favorable resolutions not only for those individuals facing rights violations, but also for the millions of other students affected by the culture of censorship within our institutions of higher education. In addition to our defense of specific individuals and groups, FIRE works across the nation and in all forms of media to empower campus activists, reform restrictive policies, and inform the public about the state of rights on our campuses.

What is religious liberty?

Religious liberty is the right to follow the faith of your choice—or to follow no faith at all. Religious liberty is a cornerstone of our nation and is the very first freedom guaranteed to Americans by the Bill of Rights. Yet on many college and university campuses, the right to associate on the basis of religious belief and even the right to express those beliefs is under attack. Under the guise of “nondiscrimination” policies, religious groups are often told that they may not choose the membership or leadership of their groups using religious criteria. Other students who merely express religious beliefs in public are condemned and even punished for “hate speech” or “intolerance.” FIRE’s cases dealing with religious liberty display our commitment to defending America’s religious pluralism by protecting students’ rights to express their views and to associate around shared beliefs.

What is due process?

The right to due process refers to the idea that governmental authorities must provide fair, unbiased, and equitable procedures when determining a person’s guilt or innocence. The same principle applies to judicial hearings on college campuses; if those campuses care about the justice and accuracy of their findings, they must provide fair and consistent procedures for the accuser and the accused.

History has taught that the rights of all Americans can be secured only through the establishment of fair procedures and with a consciousness that all are equal in the eyes of the law. Yet on many campuses, the accused face “kangaroo courts” that lack fair procedures, in which the political viewpoint or institutional interests of the “judges” greatly affect the outcomes of trials. The accused are often charged with no specific offense, given no right to face their accusers, and sentenced with no regard for fairness or consistency. As a result, a generation of students is being taught the wrong lessons about justice—and facing the ruinous consequences for their personal, academic, and professional lives. Students must come to know that justice means more than merely the enforcement of the will of the powerful and the suppression of the views of the powerless.

What is freedom of conscience?

Freedom of conscience means the right to be free to think and believe as you will without the imposition of official coercive power over those beliefs.

Liberty cannot exist when people are forced to conform their thoughts and expression to an official viewpoint. Differences of opinion are the natural byproducts of a vibrant, free society. At many of our nation’s colleges and universities, however, students are expected to share a single viewpoint on hotly debated matters like the meaning and significance of diversity, the definition of social justice, and the impermissibility of “hate speech.” Mandatory “diversity training,” in which students are instructed in an officially-approved ideology, is common. Some institutions have enacted policies that require students to speak and even share approved attitudes on these matters or face disciplinary charges.