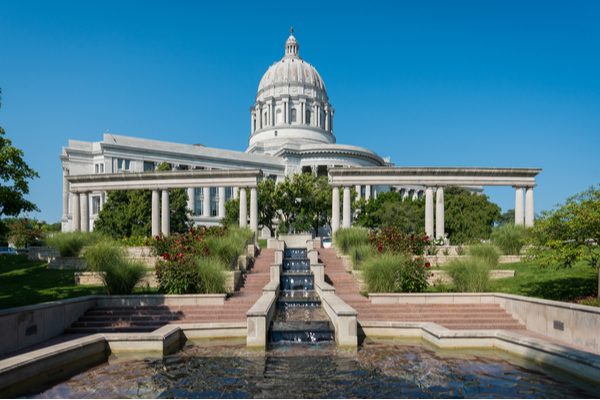 The Huffington Post reported this week that Missouri state Sen. Kurt Schaefer recently demanded the University of Missouri (Mizzou) release all documents and correspondence related to a graduate student’s abortion-related research study. The senator’s request is, at its core, a thinly-veiled attempt to interfere with the research based on a negative view of its content and potential findings, and represents an affront to the student’s and the institution’s academic freedom.

The study, conducted by a graduate student at Mizzou’s School of Social Work, examines the impacts of a state law-mandated 72-hour waiting period for women considering abortions. Data is being collected from women at the St. Louis facility of Planned Parenthood of Kansas and Mid-Missouri. Sen. Schaefer, who chairs the Missouri Senate Interim Committee on the Sanctity of Life, characterizes the study as a “marketing aid” for Planned Parenthood and accuses Mizzou of violating a state law forbidding the use of state funds to perform, assist, or encourage abortions not necessary to save the mother’s life.

The Senate Committee on the Sanctity of Life was established shortly after the release of controversial videos purporting to show Planned Parenthood’s participation in the sale of fetal tissue. It is tasked with investigating whether state funds aided any such activity by Planned Parenthood and any related issues it deems relevant. According to HuffPo, Schaefer’s letter represented the latest step in his investigation of ties between Mizzou and Planned Parenthood—an investigation which resulted earlier this year in the university canceling contracts that allowed medical students to participate in clinical rotation hours at the organization’s facilities.

In response to Schaefer’s letter, Mizzou has admirably supported the rights of its graduate student to conduct research without political interference. In a statement to the Columbia Daily Tribune, spokeswoman Mary Jo Banken said that the study does not violate state law and that the institution “will continue to strongly support academic freedom and the intellectual property of MU’s students and faculty.” She noted that the graduate student conducting the study received no scholarship or tuition assistance from Mizzou. HuffPo reports that university sources say no institutional funding goes to the study and that it received no pushback from the institutional review board.

We are pleased to see Mizzou resist Senator Schaefer’s blatant attempt to preempt or prevent research of which he does not approve. That the academic pursuits of faculty and students should be free from political pressure by lawmakers is such a bedrock principle of higher education and constitutional law, that one would think a democratically-elected official would not need to be so reminded. Indeed, a video of public statements by Sen. Schaefer circulated by the group Progress Missouri would suggest that he knows this perfectly well. However, I will remind him of the U.S. Supreme Court’s words in Keyishian v. Board of Regents, 385 U.S. 589, 603 (1967), observing that academic freedom is a “special concern of the First Amendment,” and those in Sweezy v. New Hampshire, 354 U.S. 234, 250 (1957):

The essentiality of freedom in the community of American universities is almost self-evident. No one should underestimate the vital role in a democracy that is played by those who guide and train our youth. To impose any strait jacket upon the intellectual leaders in our colleges and universities would imperil the future of our Nation. … Teachers and students must always remain free to inquire, to study and to evaluate, to gain new maturity and understanding; otherwise our civilization will stagnate and die.

Last year, my colleague Joe Cohn wrote a letter to South Carolina Governor Nikki Haley, criticizing the state House’s passage of a budget that imposed cuts on state universities as punishment for the content of readings assigned to incoming students. In it, Joe made a point that bears repeating here:

The politicians who support punitive actions against the [universities] must understand that attempts to punish or preempt intellectual inquiry are not only unwise, but also bring more public attention to the opinions that they wish to suppress and to strengthen the resolve of those who hold those opinions. Americans famously and rightfully prize freedom of speech and academic freedom and look suspiciously upon those who, rather than engage in debate on the merits of their ideas, seek to stop that debate from happening at all.

We hope that Sen. Schaefer remembers his commitment to academic freedom and does not again seek to interfere in a student or faculty member’s research, scholarship, or other academic pursuits for political motives.