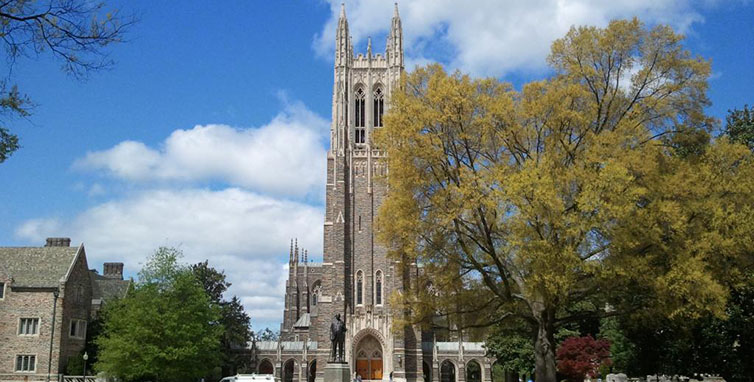 In May 2014, former Duke University student Lewis McLeod sued the university for breach of contract, alleging serious errors and omissions in the investigation and hearing that led to his expulsion for sexual assault. According to McLeod’s complaint, Duke failed to follow several of its own policies in adjudicating the case. A Durham County Superior Court judge blocked the finalization of McLeod’s expulsion pending trial, but also declined to force Duke to issue McLeod a degree. Last month, McLeod filed a motion for leave to amend his complaint. KC Johnson highlighted some troubling additional allegations from the amended complaint over at Minding the Campus yesterday.

As Johnson explains, the campus hearing ultimately hinged on the question of whether the accuser was incapacitated and therefore unable to consent to sex. McLeod claims that the university refused to consider multiple witnesses who would have testified that the accuser did not appear intoxicated, but did consider a statement from an anonymous witness to the contrary. This alone is cause for concern—McLeod was never able to challenge a key witness and was prevented from offering significant exculpatory evidence.

Irvine’s investigative technique was—to put it mildly—odd. Though the key issue in the case was the accuser’s level of intoxication, Irvine never contacted neutral witnesses—employees of the bar where McLeod and the accuser met, the taxi driver who drove McLeod and the accuser to McLeod’s off-campus residence. The “investigator” also chatted with the witnesses she did seek out over the phone. (Though Irvine is based in Chapel Hill, it takes less than 30 minutes to drive to Durham, even on a day with heavy traffic.) Irvine then presented summaries of her exchanges with witnesses, without turning over to the hearing committee (or McLeod) the transcripts of her interviews.

Having completed her report, Irvine didn’t testify before the hearing—denying McLeod an opportunity to cross-examine her about her investigative techniques; and, perhaps more important, denying McLeod an opportunity to ask her follow-up questions about the witnesses that she did interview. Nor did most of the students interviewed by Irvine testify at the hearing. As a result, McLeod’s attorneys point out, the student was convicted on the basis of “indirect double-hearsay” evidence.

The result of these failures could be life-changing for McLeod despite the fact that a three-person panel was tasked with making the ultimate decision regarding his guilt or innocence. An unfair outcome is even more likely at universities that rely solely on a single investigator to serve as detective, prosecutor, judge, and jury in these cases, with no one who might possibly serve as a counterbalance to an investigator’s biases or incompetence.

There’s much more to the complaint—Duke officials allegedly discouraged McLeod from consulting an attorney and refused to provide McLeod a copy of updated university policies. Check out the rest of Johnson’s review of the amended complaint at Minding the Campus.