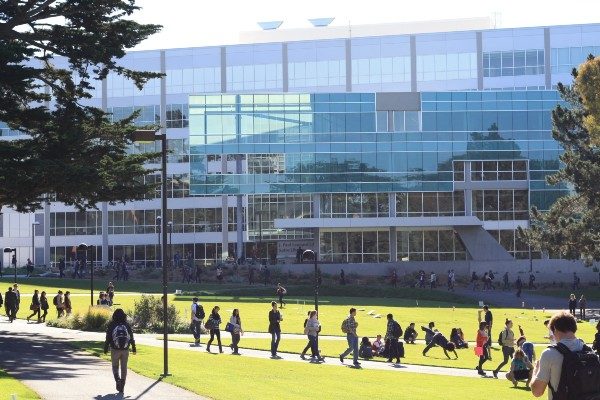 In 1969, Leila Khaled hijacked her first airliner, commandeering TWA flight 870 and becoming the first woman to hijack an airplane. The hijacking was undertaken in support of the Popular Front for the Liberation of Palestine, an organization designated as a foreign terrorist organization by the U.S. Department of State in 1997.

Today, a half century later, two faculty members at San Francisco State University had planned to host — via Zoom — a “roundtable conversation” and “Q&A discussion” with Khaled, described as a “Palestinian feminist, militant, and leader.” Critics of the event, however, argued that the discussion would be unlawful, even criminal. The planned discussion was condemned by dozens of pro-Israel organizations, including the Zionist Organization of America, which urged that the “program be cancelled immediately, since a violent terrorist has nothing of value to offer your students.” 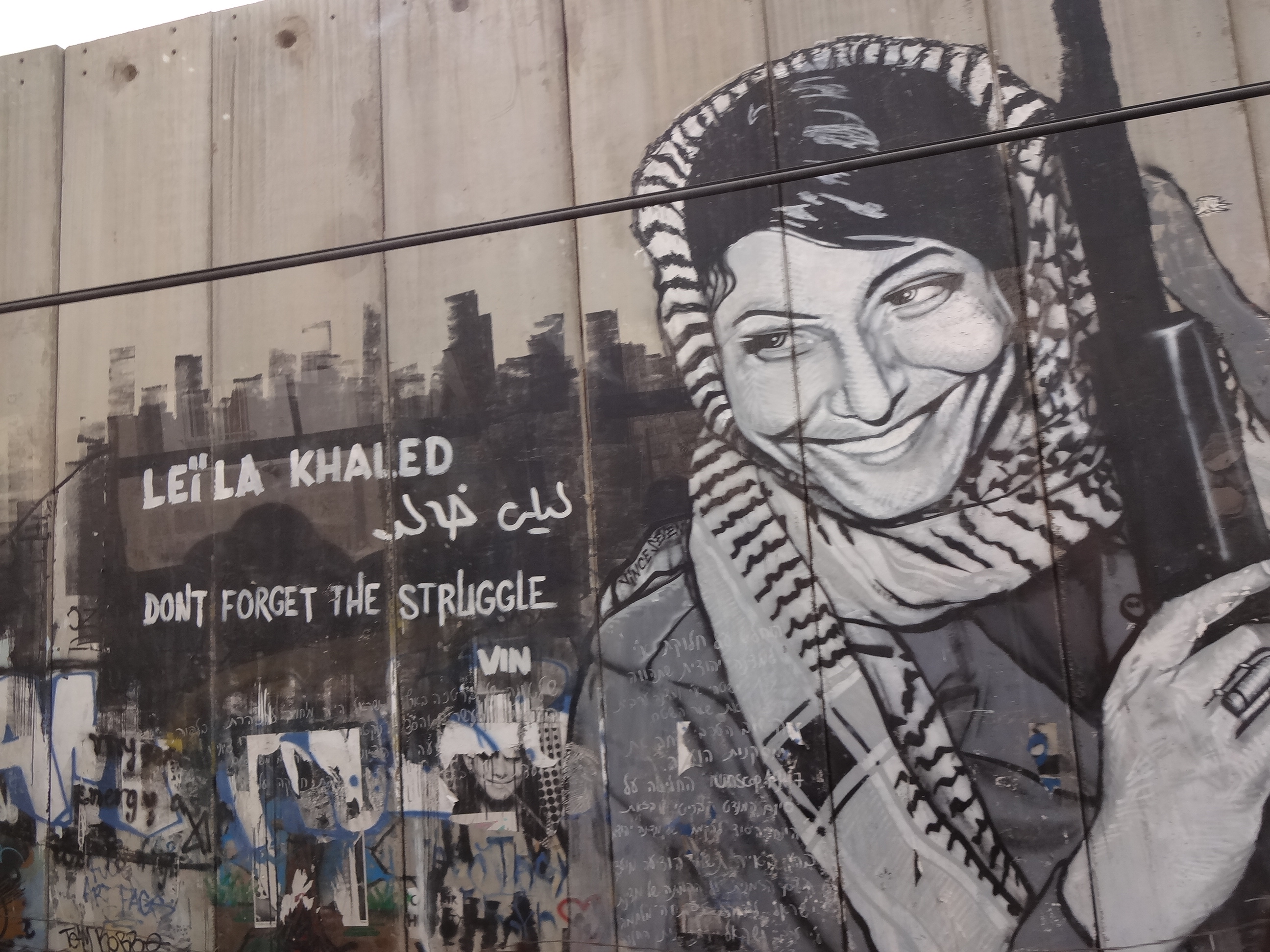 Yesterday, Zoom refused to allow the university to use its service for the discussion — a cancellation praised by FCC Commissioner Brendan Carr, who said there was no “need to hear both sides.” It is not yet clear whether the organizers of the event will switch to another channel of communication.

Prior to yesterday’s cancellation, a coalition of some 86 groups led by the AMCHA Initiative wrote an open letter arguing that the event violates two California statutes, neither of which would apply here. The first statute relates to election campaigns. If it barred faculty from discussing anything that might be seen as “political,” it would be unconstitutionally overbroad, reaching far beyond the government’s interest in limiting the use of public resources for electoral purposes. The second statute purports to require permission before uttering or using the name of a university at any meeting — anywhere — supporting or opposing a boycott or any “political, religious, sociological, or economic movement, activity, or program.” That statute — which we’ve seen raised before in an attempt to suppress speech — is unconstitutional. Government agencies cannot require you to get permission before uttering their name aloud.

Ambiguous and poorly-drafted laws concerning speech will eventually be used to harass those whose speech is unpopular or offensive to others. Indeed, this isn’t even the first time we’ve seen this constellation of statutes invoked to claim that meetings of pro-Palestinian students are illegal. If these statutes were constitutional, they would be a cudgel that would likewise be used to frustrate academic discussions critical of boycotts of Israel. (FIRE takes no position on boycotts of Israel, except to the extent that they might endanger academic freedom.)

The Lawfare Project went further, calling on the U.S. Department of Justice to “take appropriate action” against the SFSU faculty members for hosting the discussion and Zoom for broadcasting it, alleging that the discussion amounts to material support for terrorism in violation of federal law. Rep. Doug Lamborn joined this call, asking United States Secretary of Education Betsy DeVos and Secretary of the Treasury Steven Mnuchin to open investigations into — and cut all federal funding to — the university, arguing that Khaled cannot be given a “platform” because it is “aiding the dissemination of terrorist propaganda” and is “not speech or academic inquiry.”

Our society extends freedom of expression to angels and sinners alike, and history’s participants are not always lawful or unambiguously moral.

That’s unlikely. First, we’re not aware of any indication that Khaled will be compensated for her virtual appearance, meaning the only conceivable “support” provided is the virtual forum for the discussion — in other words, speech. The Supreme Court’s pronouncement on the intersection of the First Amendment and “material support for terrorism” laws — Holder v. Humanitarian Law Project — is muddled, but focused on the “fungible” nature of the training provided to prohibited organizations, as it allowed the organizations to become more efficient. But the Court also pointedly noted that the law does not prohibit being a member of the organization, just providing it with “material” support. In other words, association — even membership — with an organization is protected by the First Amendment.

Second, Holder should not be read to enshrine no-platforming into federal law. Universities should be places where students and faculty can discuss — and hear from — people whose acts or views may be controversial or unlawful. Students and faculty members must remain free to invite speakers — whether they agree with them or not — without fear of censorship or punishment by administrator, bureaucrat, or politician. The First Amendment extends a right not only to speak, but also a right to hear or receive information. This right makes no exception for people who have engaged in misdeeds, criminal activity, or membership in blacklisted organizations. Indeed, in Kleindienst v. Mandel, although the First Amendment did not require the federal government to grant a visa to a communist speaker, the Supreme Court said it was “loath” to hold that the ability of students and faculty to hear from the speaker by telephone was sufficient to override their interest in the “particular form of access” to face-to-face discussions. If Holder applies here, then there is no form of access available.

Thus far, SFSU’s president, Lynn Mahoney, has refused the demands to cancel the event, penning a laudable defense of freedom of expression and academic freedom. Her piece is worth reading in full, repeating her condemnation of “the glorification of terrorism and use of violence against unarmed civilians,” but arguing that faculty at a university must be free from censorship. While freedom of expression and diversity may sometimes create tension, they are not necessarily in tension:

Embracing these core principles — freedom of expression, freedom from censorship and a university as an inclusive and welcoming environment — serves as the foundation of a strong higher education that develops critical thinking; they need not be mutually exclusive.

While we undertake these important efforts to create safety and inclusion, the university will not enforce silence — even when speech is abhorrent.

What sets a university apart from primary or secondary education is that the views of our faculty are not prescribed, curtailed or made to conform to content standards. This is the time in a student’s education when exposure to the views of their academic instructors challenges their intellectual capacity and brings about greater intellectual rigor. . . .

We must couple our collective commitment to academic freedom and freedom of expression with a collective commitment to being a welcoming and inclusive campus. We condemn ideologies of hatred and violence. We do this not by restricting protected speech, teaching or scholarship, but by providing resources for those in need of support and, again, by facilitating educational opportunities that promote viewpoint diversity.

Mahoney is right. This is a welcome defense of academic freedom and expressive rights from an institutional leader. Too often, university officials will respond to controversy with barebones recitals of the words “free speech” and “academic freedom.” While these are far preferable to censorship, cursory and formulaic invocations of “free speech” do little to educate the public about what those concepts mean in practice. Nor are these perfunctory incantations likely to convince the proponents of censorship that their energy would be more effectively spent on something other than attempting to convince a public official to violate the Constitution.

Our society extends freedom of expression to angels and sinners alike, and history’s participants are not always lawful or unambiguously moral. The right to speak and to hear cannot turn on on the esteem or contempt others hold for the speaker.