Yesterday, I had the privilege of moderating the Free Expression Network Student Summit, sponsored by the Newseum Institute, alongside ACLU senior staff attorney Lee Rowland. The event brought students together from all over the country to discuss real-life free speech controversies that have occurred on college campuses recently. It also was an opportunity for free speech advocates to listen—and learn—from students themselves about free speech on campus and what it means to them.

With over 30 students in attendance, we started the conversation by first asking students if they were active on campus and, if they were, why. One student told us he likes to start trouble; another said he genuinely enjoys discourse with others. Other students shared that they are active because they want to change their communities. Some expressed that they feel silence is a form of acceptance of the status quo.

After taking a few minutes to get to know one another, we dove right in with our first free-speech-on-campus scenario: the Trump chalking controversy. I asked students what they would do if they were university presidents and students wanted them to denounce the chalkings.

A student from Yale University said that if she were the president of a public university, she would do what she thinks many administrators do and “create a committee and hope it goes away.” The student went on to explain that from her perspective, administrators respond to these problems with a “peace offering” in order to “temporarily appease those asking for something,” knowing that soon those students will be gone and protesting elsewhere.

Another student, whose campus had dealt with this very issue, said she thought her university got it right when administrators erased Trump slogans that were “negative,” but left others. After some writings were removed, the administration released a statement that the university does not accept negative statements towards anyone. A student from Ireland shared an example from her campus, where there is much contention between pro-life and pro-choice groups. She said campus administrators did not get involved when students felt offended by certain slogans, leaving it up to the students themselves to work it out.

Although we prepared six scenarios for discussion, the students were so engaged that the conversation took on a life of its own, and soon we were discussing a wide range of free speech issues including racism, academic freedom, the role of administrators and student athletes, trigger warnings, and much more. Overall, students said that controversy on campus itself helped spark dialogue between students. One student said if you are able to “put yourself out there” and talk with students, they will engage and that is a good thing. 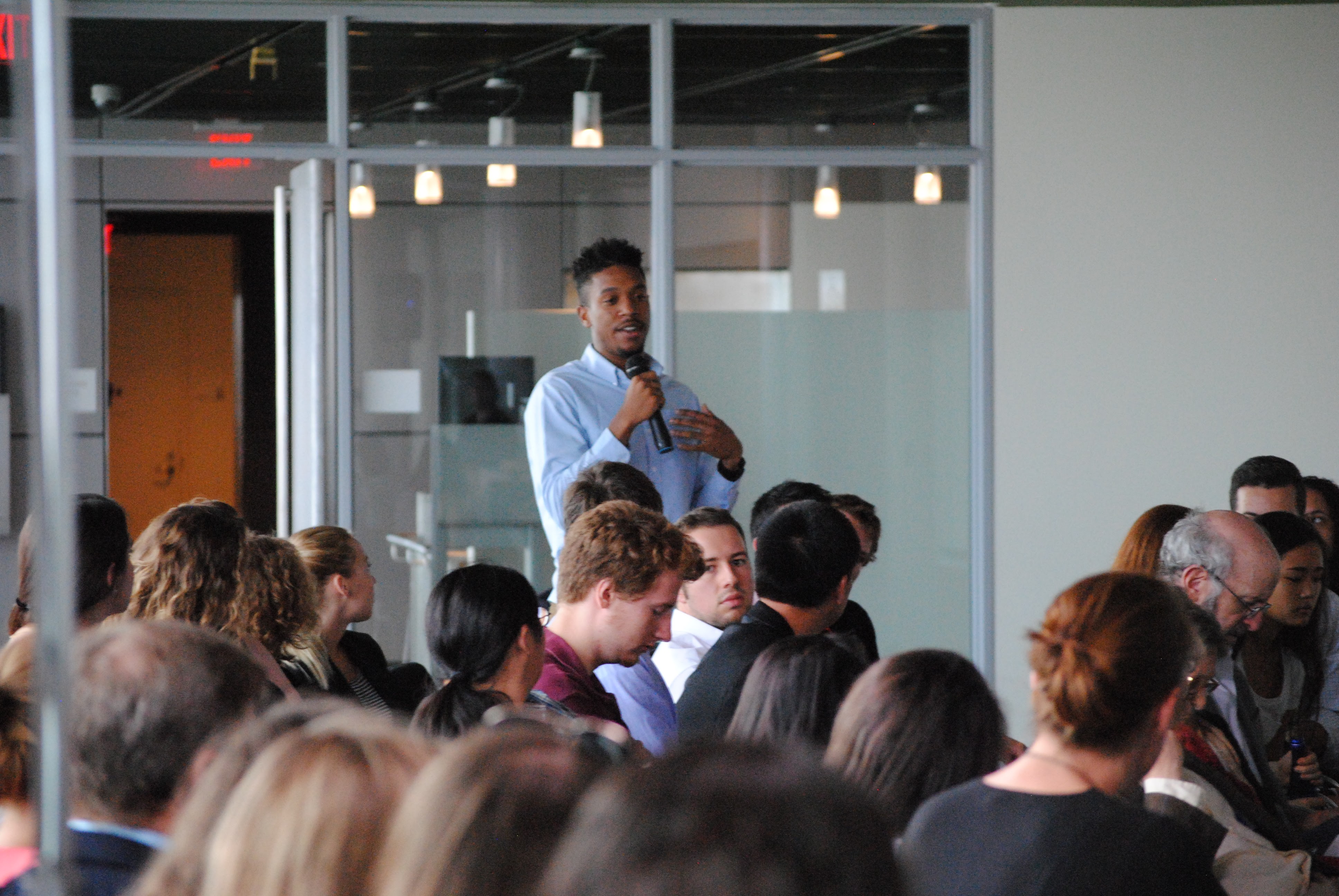 A few students shared how advocating for free speech on campus sometimes leads people to engage in racist or misogynist speech, which can give free speech supporters a bad rap. But students also thought that sometimes “hate speech” can help drive a movement forward. For example, if racial tensions are an issue on campus, and students see epithets written all over a free speech wall, it helps student activists prove there are indeed racial problems on campus that need to be addressed.

One of the most informative parts of the conversation was hearing students share their negative perceptions of free speech and what they think of the messaging many advocates use to promote free speech principles. As free speech advocates, it was important for us to practice what we preach and hear things that might make us uncomfortable as well. For instance, a student stated that she does not necessarily agree with the “marketplace of ideas” rationale that many free speech advocates use. Although it “theoretically sounds perfect, in practice, [the rationale] doesn’t really take into account that certain voices have different levels of volume and different levels of accessibility,” and, according to the student, it is not clear that those ideas will be heard or replicated by those who need to hear them. 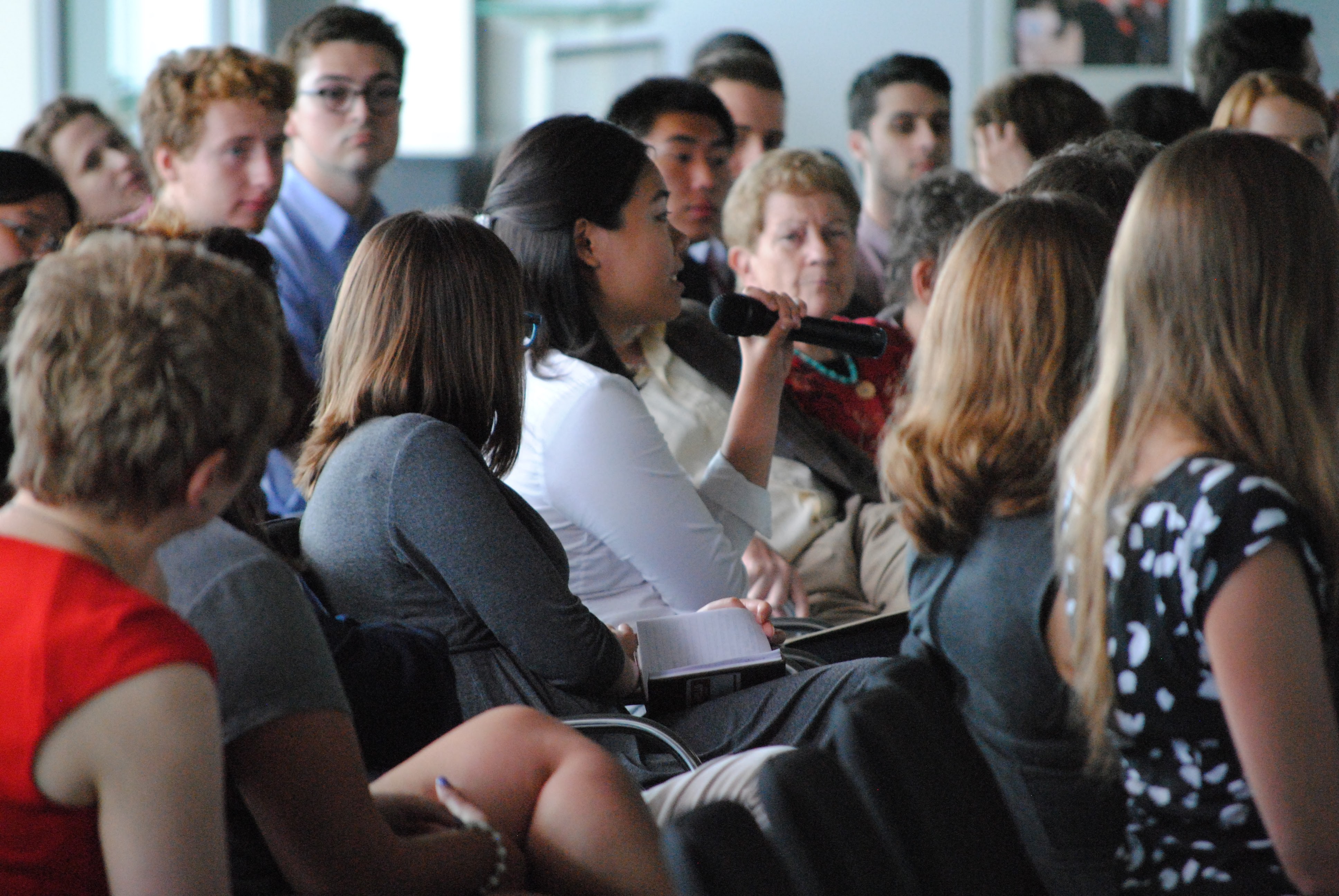 This student believes there needs to be a more thoughtful way to address hateful and hurtful ideas and thought a solution could be to encourage more diversity, especially among faculty, on the college campus generally. Although some students disagreed, it was clear they appreciated hearing other perspectives. Students agreed overall, however, that it was frustrating to want to discuss sensitive issues like race on campus but to be able to engage only with students who already agree with them.

Although some students thought administrators should take direct positions on certain controversial topics, others said it might be better if they helped provide a forum for discussion instead of engaging on the issue directly—particularly to avoid stifling the debate by giving students the impression that the university had declared one position to be “right.” Others thought professors should tackle these issues more directly, because students may feel more comfortable discussing uncomfortable topics in a classroom, with someone who can help lead the dialogue, instead of on their own. And a few students expressed frustration that they are expected to “educate” other students when they are there to learn like every other student. It was clear students believe that societal norms, culture, and identity play a role in how free speech operates in practice on a college campus.

A video recording of the entire discussion will be posted on the Newseum Institute’s website in the near future. I recommend everyone give it a watch when it’s posted. It was encouraging to hear from such a diverse group of students about what free speech means for them on campus. I and other attendees learned a lot from these students and hope they will replicate these conversations on their campus when they return in the fall.