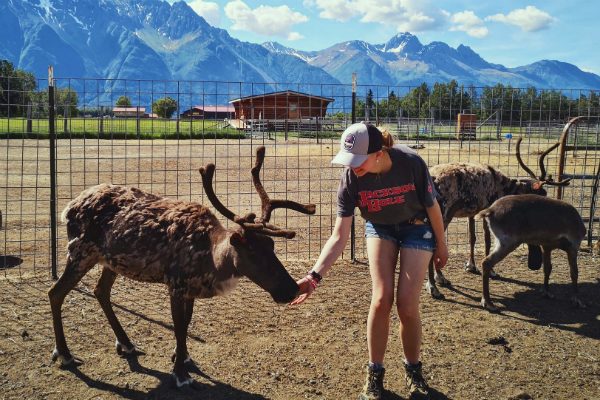 I never knew how much I valued free speech until I wasn’t allowed to sing “We’re Going on a Bear Hunt” at summer camp.

I spent last summer in southern Alaska, in the quiet of the Mat-Su Valley, tucked in the corner of Threemile Lake — aptly named as it was three miles from Big Lake. I was a camp counselor and I spent my days teaching kayaking, French-braiding and bracelet-making, and reading “Harry Potter” by the never-setting sun.

Many of the camp’s philosophies were based upon the belief that camp needed to be a safe and magical haven. In practice, this meant instilling the camp’s values in different aspects of camp and eschewing old-school discipline techniques in favor of modern ones. The team of directors instructed us — over a 10-day training period that included Ted Talks, Angela Duckworth, and gratitude letters — to rely on natural consequences, as opposed to disciplinary action. They instructed us to never say “no” and to never make a girl feel forced or compelled to do anything.

These contemporary disciplinary practices sounded ideal and stress-free during training. In theory, counselors would use less severe language, which would create a more positive camp environment. But this practice had unforeseen consequences when applied to real-life situations.

Restricting counselors from saying “no”  — on the basis that it sounded harsh and forceful — was difficult to maintain in a camp setting. I witnessed girls putting each other into headlocks, rolling out of tents, running around the fire pit, and swinging 10-pound tree branches at each other. Counselors worked daily with girls aged five to 12. I learned quickly that discipline plans must be specific to each girl; across-the-board policies are often ineffective. Other staff members and I found it impractical to avoid “no” in every situation. I believe that while this rule was made with the best of intentions, and could be applied in lower-stakes situations, it was hard to enforce at a sleepaway camp populated with young children — where the stakes were often much higher.

Coming from a Big Ten public institution where individual rights are not expressly guaranteed by the university, it is of paramount importance to me that the right to free expression is preserved. (The school is legally bound by the First Amendment, but has not itself affirmed a free speech policy like the Chicago Statement.) During my freshman year, I worked on a committee to pass a freedom of expression bill that would have affirmed the rights granted by the U.S. Constitution. The bill was tabled by the student government, largely due to the lack of representation and diversity among the bill’s sponsors. Left-leaning groups on campus did not want to sponsor the resolution, given its protection of “hate speech” (a category of speech that has no legal definition in the United States).

Since then, I have worked tirelessly within my student government to bring about the adoption of a free speech policy, whether in the form of the now-tabled resolution or a new document. When finishing my freshman year to work in Alaska, a state known for its individualistic and libertarian culture, I expected a summer where I was affirmed in my beliefs.

I was affirmed — but only because I was challenged.

We could not sing camp songs — the hallmark of summer camp — about sharks, plane crashes, bears, Bazooka Bubblegum, injuries, or fires of any sort. We could not sing “I am Woman.” We could not use sarcasm. We could not tell campers they had to drink water, because that would result in a camper feeling forced to do something. We were instead instructed to model drinking water. (Many a dehydration headache came about in July.)

The censorship I faced only instilled in me a need to protect speech and, more importantly, teach the next generation about freedom of expression. Limiting my rights as a 19-year-old hurt, but enforcing camp speech restrictions on the children I worked with was another matter. The camp’s policy promoted self-censorship and “safetyism,” two major, dangerous themes we face on college campuses today. Without the ability to properly express how we feel, we run the risk of losing credible news sources, increasing the polarization of politics, and undermining democracy. Forbidding songs about bear hunts and bubblegum may seem minimal, but these are the lessons that stick. It is imperative that we do not start teaching censorship to the youngest and most susceptible Americans, unless we are willing to grapple with the consequences for years to come.

Margaux Granath is a rising junior at University of Minnesota, Twin Cities and a FIRE summer intern.