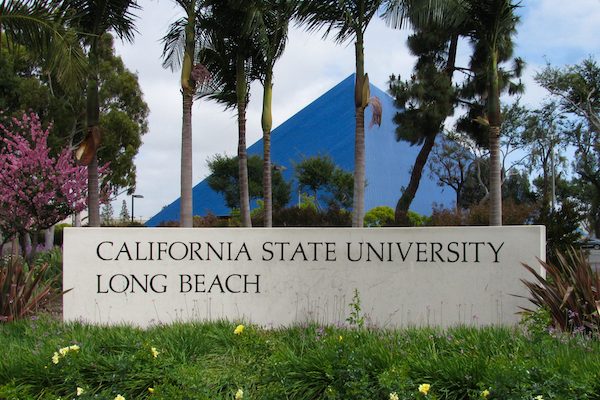 Aqsa Khan, a masters student at California State University, Long Beach, felt frustrated with her psychology graduate program. She had concerns with the department administrators’ treatment of minority students and a recent hiring decision. After bringing her issues to administrators, she was disappointed by their lack of response.

Feeling as though she was left with few other options for recourse, she penned a message to administrators and graduate students and sent it through BeachBoard, CSULB’s online learning platform. In her Sept. 4 email, Khan criticized the psychology department’s administrators and cautioned prospective students about applying to the graduate program she was enrolled in. In her email, Khan wrote:

The program tokenizes minority students by pushing one or two to the forefront in order to appear diverse while doing little to actually help the majority of BIPOC students in any tangible manner, if not outright ignoring and denying them opportunities. In reality, the faculty this department employs and continues to employ have created an inequitable climate in this program.

Khan wanted to open a discussion about the climate of the psychology department with students and administrators. Instead administrators charged her with violating university policies that prohibit sending “obscene or abusive and intimidating” messages and using university resources to “interfere with the work of another member of the University community.”

At a disciplinary conference on Sept. 28, administrators punished Khan with a year of academic probation and directed her to write a 2-page “action plan” listing the “university offices or resources” she should contact in the future regarding any complaints about the programs treatment of minority students (such as the CSULB Office of Equity & Diversity). A disciplinary hearing is set for next week.

As a public university, CSULB is bound by the First Amendment to respect the expressive rights of its students.

While it appears the concerns of mistreatment at the heart of Khan’s message were ignored, her alleged misuse of the campus platform received attention within the psychology department, where administrators warned graduate students of future disciplinary sanctions for anyone who followed Khan’s actions. Administrators also exchanged emails baselessly speculating on Khan’s mental state and the possibility that she would go public with her case, with one advisor writing that she was concerned Khan “will seek a wider audience when the investigation concludes, and she is not satisfied with the results.”

Unfortunately for the CSULB psychology department, Khan is doing just that.

On Oct. 20, FIRE wrote to CSULB advocating for Khan and other students’ rights to criticize the university without fear of punishment. We also called for CSULB to revisit the policies used to punish Khan to limit her and future student criticism, citing concerns with the policies’ drafting and application to student expression.

As a public university, CSULB is bound by the First Amendment to respect the expressive rights of its students, even when they are voicing their criticisms of the school.

Criticism of government officials is at the core of the First Amendment’s protection, and this category of officials includes the administrators of public universities like CSULB. As stated by the United States Supreme Court in Bridges v. California, “it is a prized American privilege to speak one’s mind, although not always with perfect good taste, on all public institutions.”

We also called into question the constitutionality of the two policies Khan was charged with. The first policy prohibits the “[u]se of computing facilities and resources to send obscene or intimidating and abusive messages.” We wrote that this policy is both facially vague and broad, meaning that it fails to give students notice of what speech is punishable and also leaves a substantial amount of protected speech subject to punishment.

While there are constitutional exceptions for obscenity and intimidation, CSULB’s use of its policy against Khan’s message suggests that its institutional definitions for “obscene” and “intimidating” are significantly less strict than what the law requires. We wrote:

The application of this policy to Khan’s protected speech and lack of clear definitions invites its use against other instances of speech that, while perhaps unpleasant or critical, do not meet these narrow constitutional exceptions. It is not hard to imagine the application of this policy to speech concerning political or religious views that—while constitutionally protected—others may find controversial.

The policy’s lack of definition for “abusive” adds to these concerns. Almost half a century ago, the Supreme Court ruled in Gooding v. Wilson that harsh and insulting speech is still protected by the First Amendment, and a regulation to the contrary — such as CSULB’s policy — is unconstitutional. CSULB’s policy fails to provide students with notice of the kind of speech that would meet its standard for “abusive,” and left unchecked, administrators have the discretion to apply this label to critical speech like Khan’s.

Students should not be afraid to share their concerns with their peers and administrators out of fear that the university will punish them for it.

The other policy Khan was charged with violating is similarly problematic and unconstitutional as applied to her message. The policy prohibits the “[u]se of computing facilities, campus network, or other resources to interfere with the work of another.” If the use of this policy against Khan’s message is indicative of how it could be used in the future, it suggests that students who email the wrong person or send their criticism directly to administrators can face disciplinary charges.

It is illogical for CSULB to maintain a policy that leaves students susceptible to disciplinary action for protected expression that amounts to little more than an inconvenience.

To the contrary, university administrators are employed to address concerns like those raised by Khan. If an administrator can penalize a student on the basis that the administrator felt it necessary to take the time and energy to respond to that criticism, a wide range of student speech is at peril.

While administrators might not have liked Khan’s remarks, CSULB must respect students’ rights to voice criticism of the institution they attend and the individuals who run it.

Students should not be afraid to share their concerns with their peers and administrators out of fear that the university will punish them for it. We call on CSULB to rescind the charges against Khan and work with FIRE to revise these unconstitutional policies.