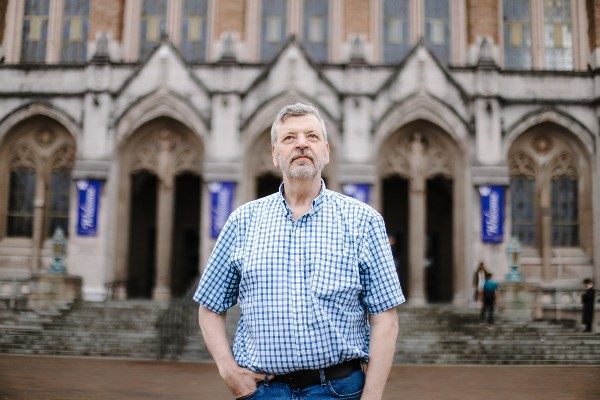 Stuart Reges is an award-winning professor at the University of Washington in the Allen School of Computer Science & Engineering. Administrators punished Professor Reges after he challenged the University’s position on Native American land ownership. The Allen School encourages professors to include on their syllabi a statement recognizing that the land on which the university sits was once owned by indigenous tribes. Professor Reges disagreed with the University’s “Indigenous Land Acknowledgement Statement” — instead, he challenged his students and fellow faculty to consider the utility and performative nature of land acknowledgments by including a modified statement on his syllabus.

After concluding that his viewpoint was “offensive” and “inappropriate,” administrators punished Professor Reges by creating a “shadow” section of his class and launching an investigation into him under a broad, vague policy that prohibits “unacceptable” and “inappropriate” speech. That investigation has been ongoing since March 2, 2022, and carries the threat of termination. Other computer science faculty also included their own land acknowledgment statements on their syllabi, but did not suffer the same punishment as Professor Reges because their statements espoused the University’s views.

Public university faculty are free to speak on public issues in their teaching and research because academic freedom is a special concern of the First Amendment. The University invited Professor Reges to wade into a public controversy by including a land acknowledgment on his syllabus, then punished him for swimming against the current. Public universities cannot lawfully engage in this kind of viewpoint discrimination, and professors should rightly remain free to contruct their classes and syllabi as they see fit as a matter of academic freedom.

On July 13, 2022, Reges — represented by FIRE — sued University of Washington officials to challenge the investigation and punishment as viewpoint discriminatory, and the policy that forbids “unacceptable” or “inappropriate” speech as unconstitutionally overbroad and vague. This policy unconstitutionally restricts the speech of all members of the University community. With this lawsuit, Professor Reges hopes to stand up for faculty rights to express dissenting opinions on controversial topics and to manage the contents of their syllabi without retaliation.

LAWSUIT: Professor sues University of Washington after admins punish him for ‘inappropriate’ opinion

FIRE Letter to the University of Washington, January 11, 2022