On the afternoon of November 13, 2016, the Winthrop University Police Department discovered figures—made of nylon stockings stuffed with dirt, spray-painted black, and shaped like bodies—placed in the trees outside Winthrop’s Tillman Hall, and a piece of paper that said “Tillman’s Legacy” taped over the sign outside the hall. For months, Tillman Hall had been at the center of student protests over its namesake Benjamin Tillman, who was governor of South Carolina from 1890-1894, during which time the state saw an increase in the number of lynchings of African Americans. Association of Artists for Change, an unrecognized group made up partially by Winthrop students, took responsibility for the art installation. On November 21, student and Association of Artists for Change spokesperson Samantha Valdez received a letter warning her that she was alleged to have violated Winthrop’s “disruption” and “disorderly conduct” policies, and that she faced suspension or expulsion as a potential punishment. On December 8, FIRE and the National Coalition Against Censorship wrote to Winthrop, asking that the university drop the spurious charges against Valdez and revoke its threats of suspension or expulsion. 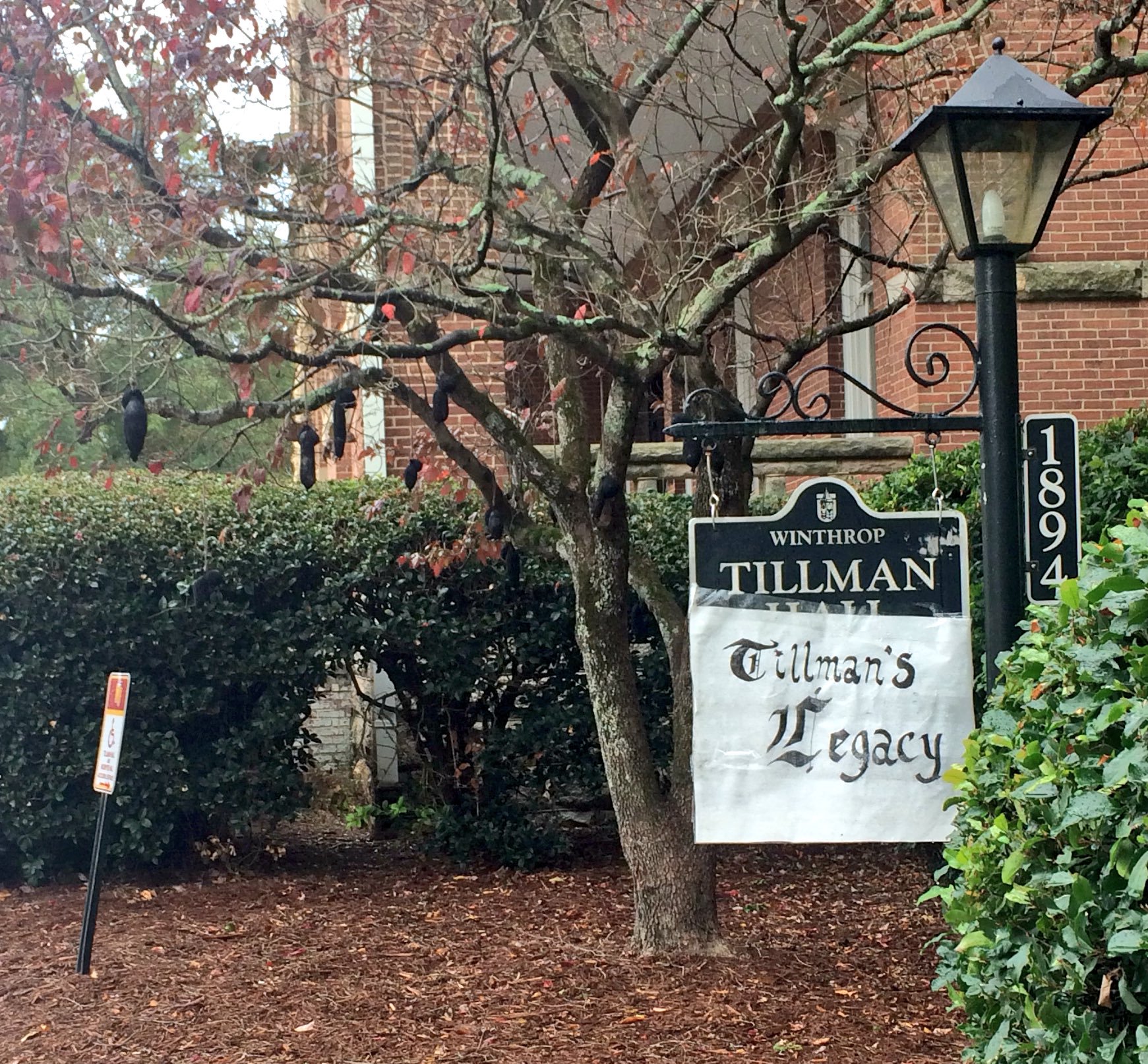