The FIRE Student Network honored five Prometheus Society inductees at our FSN Summer Conference in July. The Prometheus Society recognizes exceptional students at colleges and universities across the country who have demonstrated remarkable dedication to advocating for FIRE’s mission of protecting free expression and due process rights in higher education. In honor of Free Speech Week, we recently caught up with the inductees to see what they’ve been doing to promote free speech at their schools since arriving back on campus this fall:

Since being recognized as a Prometheus Society inductee I have continued in Young Americans for Liberty’s (YAL) #FightForFreeSpeech project. My role as Pennsylvania State Chair for YAL has allowed me to remain on the front lines of this crucial battle where hundreds of YAL chapters across the country are taking a stand against their university’s blatant disregard for their First Amendment rights. I am still working to abolish Temple University’s unconstitutional speech codes. My goal is to make Temple a “green light” school by the time I graduate. FIRE has definitely been my strongest ally in the fight for free speech, and I am excited for the things to come!

This semester I have continued to fight for free speech on campus and educate my fellow students about the importance of free speech. Our Young Americans for Liberty chapter at USC celebrated Constitution Day by having a free speech ball event. We blew up an 8 ft. beach ball and encouraged students to write anything they liked on it. Students loved this and almost everyone who walked by our display stopped to sign the ball and to talk to us about free speech. Surprisingly, many students had no idea about the authoritarian speech code policies on campus including in our own Carolinian Creed and the restrictive “free speech zones” on campus. Students were appalled by this and almost everyone signed our petition to let the University know they believe the university should uphold the “Chicago Principles” of free thought and expression. Our event was a great success and we look forward to continuing the fight for free speech at the University of South Carolina. 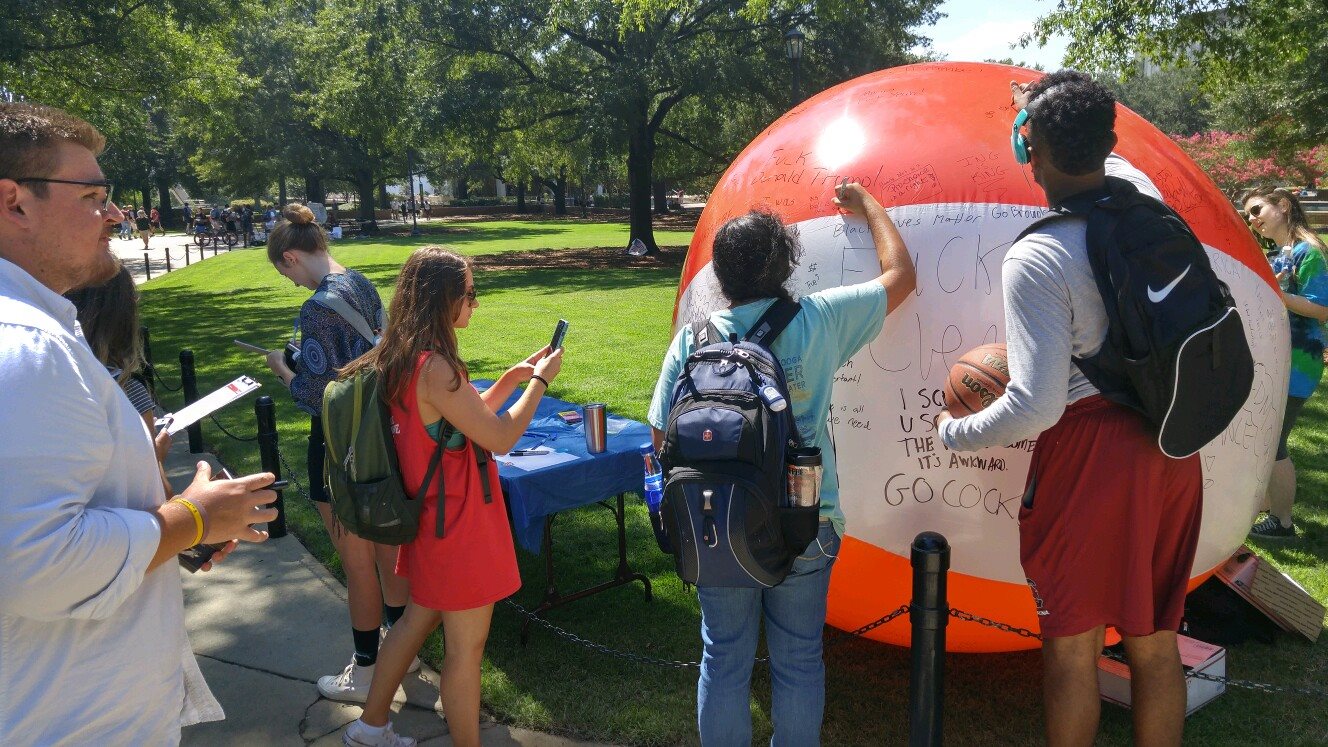 Since being inducted I have continued to write about controversial campus issues that spur debate and speak to campus concerns surrounding free speech, like the role and character of student activism and diversity in higher education. In particular since my induction, I have written an article in The Washington Times, and another piece in The Washington Post. I see my writing as a way of keeping conversations going, and hopefully advancing critical thought. I have also tried, despite countervailing forces, to find ways of bringing provocative speakers to campus this year. Given opposition, both overt and covert, the process is arduous, but in the near future, I’m looking forward to attending a free speech summit at Wellesley College and a conference on free speech at the National Constitution Center hosted by PEN America. In a forthcoming piece for The Weekly Standard, I write about how certain brands of conformity on campus impose unfair expectations on students that quash free debate and counter the notions of individuality and liberty so many of us value.

One would be hard pressed to find a campus better than Purdue for free expression. The last two years saw the elimination of our speech codes, adoption of the Chicago principles, and several guest lectures on free speech. This fall’s freshmen took part in a new free speech learning exercise designed by our faculty and administration as part of their orientation. For me, the priority has become serving as a resource for information on the what’s and why’s of campus free speech, and making sure we continue to live up to the commitments we’ve made. 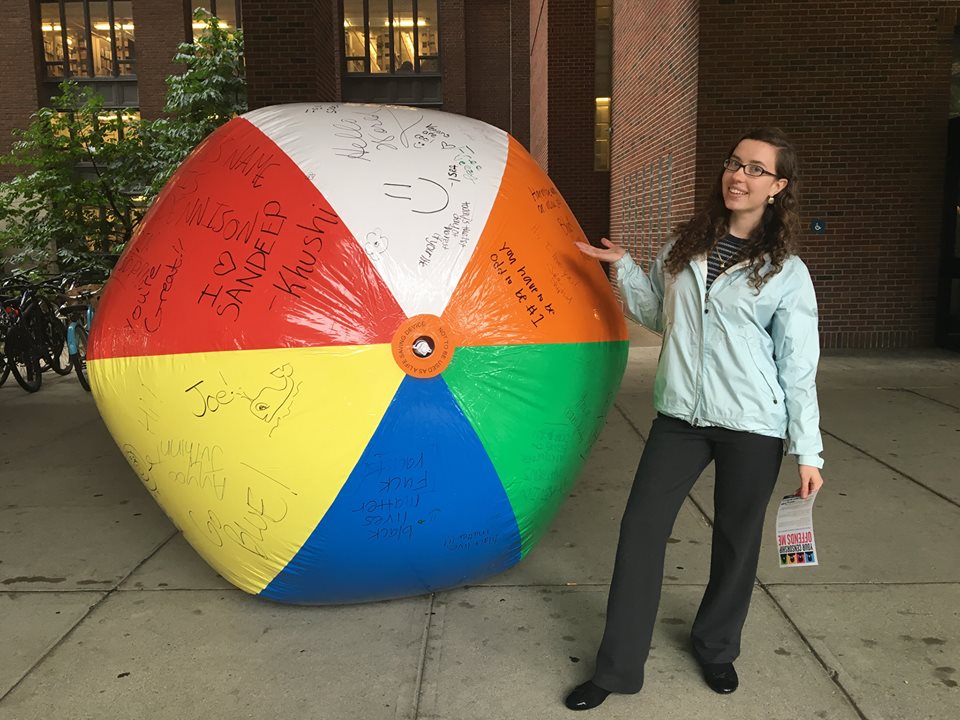 A Prometheus Society inductee from the University of Michigan, Erin Dunne recently hosted a free speech ball event on her campus.

All of these inductees are continuing to demonstrate the hard work and dedication that earned them a place in the Prometheus Society. Their work is an excellent example of the diverse ways that students can continue to protect and defend free speech and due process rights on campus.

Student activists who would like to be considered for induction into the Prometheus Society at next year’s FSN Summer Conference should document their efforts throughout the year. Next year’s inductees will be invited to attend the FSN Summer Conference in 2017 with full travel costs paid for by FIRE. Be on the lookout for Prometheus Society applications this spring!