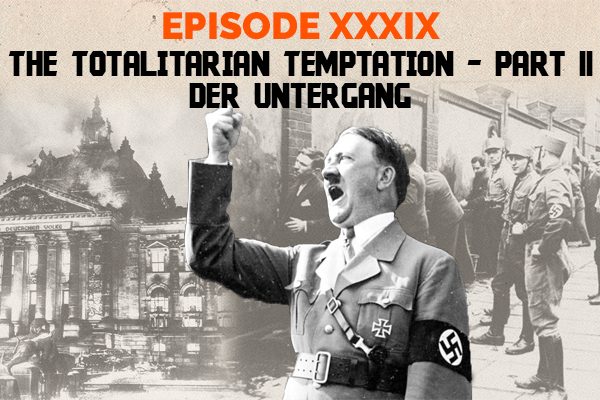 In November 2019, German Chancellor Angela Merkel gave a passionate speech to the German Bundestag. Merkel said: “We have freedom of expression in this country. … But freedom of expression has its limits. Those limits begin where hatred is spread … where the dignity of other people is violated.”

Merkel grew up under a stifling communist dictatorship and serves as chancellor of a country where vicious propaganda once helped pave the way for genocide, so few people have stronger credentials when it comes to balancing the pros and cons of free speech. And Merkel’s words of warning are impossible to separate from Germany’s Nazi past following the democratic collapse of the Weimar Republic. There can be no doubt that Merkel and the German commitment to “militant democracy” are motivated by a sincere belief, to paraphrase the political philosopher Karl Popper’s famous “paradox of tolerance,” that democracies must be intolerant towards the intolerant.

But there are also those who argue that criminalizing speech is a cure worse than the disease in democracies. To use a deliberately provocative term, laws against free speech might serve as “enabling acts” for authoritarian regimes to crush dissent once in power.

George Orwell reached the opposite conclusion of Merkel. In the unpublished foreword to his famous novel “Animal Farm,” Orwell warned against the “widespread tendency to argue that one can only defend democracy by totalitarian methods.” Orwell cautioned “that if you encourage totalitarian methods, the time may come when they will be used against you instead of for you.”

As we’ll see, Weimar Germany was deeply conflicted about the value of free speech. On the one hand, freedom of expression and the press were constitutionally protected. On the other hand, the constitution allowed censorship of cinema and “trash and filth” in literature. Weimar Germany enjoyed a vibrant public sphere with thousands of newspapers, daring art, great intellectuals, and groundbreaking science — yet authorities used draconian laws and emergency decrees to curb newspapers and individuals seen as fanning the flames of political violence by anti-democratic groups on the right and left. This included one Adolf Hitler and his National Socialist Party.

When the Nazis finally assumed power, they not only used terror and violence, but also turned the laws and principles that were supposed to protect the democratic order into weapons against democracy, paving the way for totalitarianism, war, and genocide.