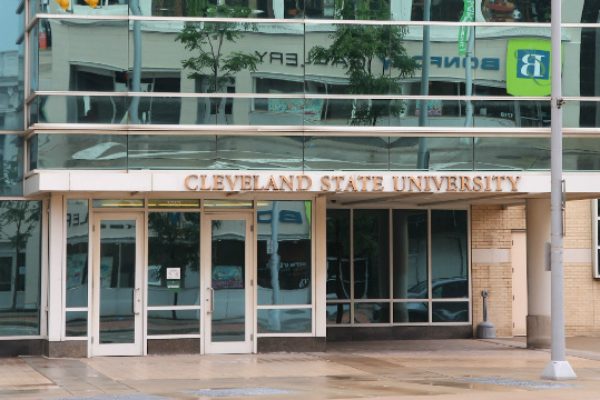 Late last month, professional artist Billie Lawless filed a lawsuit against Cleveland State University over its decision to censor a sculpture that has been on campus under a contractual agreement since 2008. As FIRE readers know, concerns about campus art censorship are common, and we documented our frequent brushes with this issue last summer in our first report on art censorship on American campuses.

The sculpture implicated in the recent CSU suit — The Politician: A Toy — portrays a larger-than-life politician made out of mechanical toys. It “is enclosed by a wrought iron fence and includes a beak that opens and closes, rotating wheels, a cedar shovel and a tail.” Around the top of its iron fencing, Lawless affixes politically satirical phrases like “OBAMA SCARE” and “A THOUSAND POINTS OF SLIGHT.”

The sculpture, which was originally located on private land elsewhere in Cleveland, was moved to a central location on CSU’s campus in 2008 under the agreement that the university would have no authority to “modify, disassemble or demolish the Sculpture.”

But Lawless’ latest adornment to the piece, the phrase “BUILD A WALL OF PUSSIE,” apparently crossed a line for CSU administrators, who covered the phrase with a recycled homecoming banner in November of last year. Soon after, the National Coalition Against Censorship issued a statement condemning the decision.

“The University’s action is not only an affront to artistic freedom,” NCAC wrote. “[I]t is also an example of viewpoint discrimination and therefore likely to be in violation of the First Amendment.”

While Lawless is neither a professor nor a student, Cleveland State University has committed itself to a robust culture of free expression, having adopted a version of the Chicago Statement and being the only institution in Ohio to maintain a green light rating in FIRE’s Spotlight database. Free expression requires the protection of artistic expression — even when some may find it inappropriate or offensive. In its actions here, CSU fails to uphold its promises to the university community.

Encountering artwork that shocks or offends us may sometimes be an unpleasant experience, but having officials determine which artistic expression we may or may not encounter is a far worse outcome.

FIRE will remain vigilant in calling out art censorship, and is committed to protecting freedom of expression — including artistic expression — on campuses around the country.