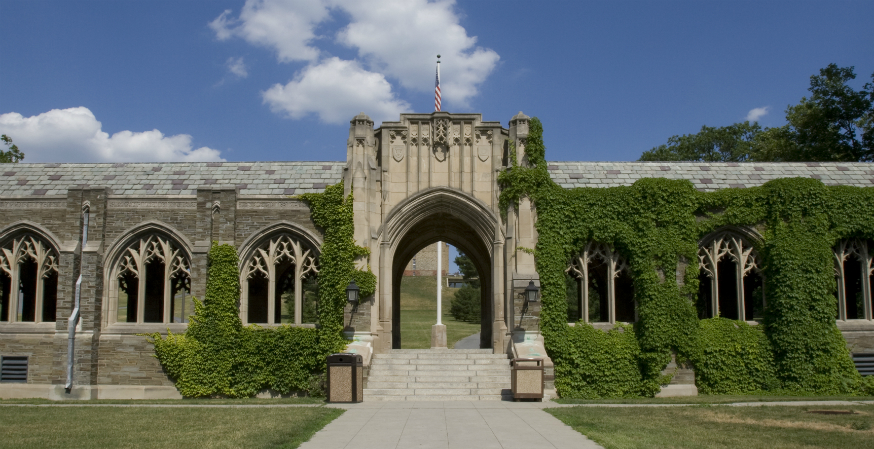 Author Cynthia Meyersburg is a psychology research fellow with FIRE’s ongoing Speech, Outreach, Advocacy, and Research (SOAR) project. She has a Ph.D. in psychology from Harvard University.

This month, Inside Higher Ed published an opinion piece by Wendy M. Williams and Stephen J. Ceci with a message that resonates with me: “[T]here really is no viable alternative to allowing free speech on college campuses.”

Williams and Ceci, both psychology professors at Cornell University, are among the best known and most respected researchers in psychological science. Williams’ work, both her research on intelligence, and her national outreach program to promote science education and careers in the sciences to students who are from underrepresented groups, is tremendously influential. Ceci is at least as eminent; he has contributed significantly to improving our understanding of memory (including false memory) and intelligence. Among other awards, Ceci has been a recipient of the prestigious lifetime achievement James McKeen Cattell Fellow Award from the Association of Psychological Science.

Williams and Ceci open their article by remarking that faculty, staff, and students can no longer discuss controversial topics because of the danger of their words being labeled “hate speech.”

“[T]he metamorphosis has taken place all around us, and the costs are undeniable,” they write. “Open debate has morphed into self-censorship and terrified silence.”

The professors go on to explain some of the disastrous potential harms that can be incurred, such as ostracism or job loss, for having one’s words labeled hate speech. They juxtapose the “black lives matter” and “blue lives matter” movements to point out that repression and intolerance are not limited to one side of the political spectrum, and that one’s hate speech may be another’s honest criticism.

As I read this article, it is apparent to me that if we cannot even hear one another, then we cannot learn critical thinking skills, such as how to evaluate evidence and claims. If we cannot listen to what people with differing views have to say, then how can we possibly work together to solve important societal problems? As Williams and Ceci explain:

Having one’s beliefs criticized — even identity-forming beliefs — is an essential aspect of a good education… . [B]eing exposed to opinions that call into question their deepest beliefs will help students develop the valuable skills needed to navigate their futures, relate to others with divergent views and contribute to society.

Because their article is an opinion piece, Williams and Ceci did not provide citations to support each of their claims. Yet, had they wished, Williams and Ceci could have drawn on recent psychological research to support their assertion that intolerance is not the purview of one side of the political spectrum. For instance, Jeremy A.Frimer, Linda J. Skitka, and Matt Motyl (researchers from the University of Winnipeg and the University of Illinois at Chicago) found that both liberal and conservative Americans engage in selective exposure — avoiding hearing or reading viewpoints with which they disagree. Interestingly, they found that ideology did not impact the likelihood of engaging in selective exposure; there may be many differences between liberals and conservatives, but the desire to avoid exposing oneself to information supporting views with which one disagrees is common to both groups.

Frimer, Skitka and Motyl ran an experiment that showed that, when given a choice, more than 60 percent of participants from each group (liberal and conservative) chose to read a passage with which they agreed, even though doing so meant that their potential reward for participating would be less ($7 versus $10). So, in other words, more than half of the people were willing to miss out on thirty percent of a potential reward in order to avoid even hearing the point of view of someone who disagreed with them on a political issue. This finding is consistent with a key concern of Williams and Ceci’s when it comes to freedom of speech on college campuses: People are unwilling to tolerate the mere act of encountering ideas with which they disagree.

In their Inside Higher Ed article, Williams and Ceci note with alarm that unpopular perspectives are being labeled as “violent” and that the heckler’s veto is ascendant. To counteract these problems, Williams and Ceci make four recommendations for how colleges and universities can promote a setting in which there can be freedom of speech while still honoring diversity.

First, they propose providing a podium for all sides, thereby not allowing any one group to censor what issues can be discussed on campus. To this they add the caveat that protesters also need to be heard, and that there should be viewpoint diversity on panels and committees, as well as among faculty and staff.

Their second recommendation is for schools to promote a campus culture in which students expect to encounter and evaluate views that they find controversial. Williams and Ceci propose that students should be expected to be informed about the content of controversial speakers’ points of view. They think students should be expected to either read or listen to controversial ideas. Such an expectation could be very beneficial because it may encourage students to engage directly with ideas and evidence themselves, rather than forming their opinions on the basis of secondary or tertiary sources.

Their third recommendation is that colleges and universities provide seminars on highly controversial topics, such as CRISPR gene editing, in which students learn how to research multiple perspectives on contentious topics. Doing so, Williams and Ceci posit, could teach students to examine their own biases, critically evaluate their own perspectives, develop greater empathy, and forestall groupthink. They also recommend using role-playing exercises in which students are asked to change sides, thus helping students try to see the world from somebody else’s perspective, as well as helping them perceive limitations and errors in their own positions.

Williams and Ceci conclude that allowing the open discussion of ideas does not mean conceding that those ideas are correct.

Finally, their fourth recommendation is that incoming students should receive training about what constitutes evidence, the protections and limits of their campus’ speech codes, and basic information about their constitutional rights. While there are some limitations on speech that are permissible even at public institutions bound by the First Amendment (such as reasonable time, place, and manner restrictions), most colleges maintain speech codes that chill speech and abridge student rights. Because of this, Williams and Ceci’s recommendation that students be instructed on campus speech codes may not serve students well without an explicit caveat that not all codes comport with the First Amendment (at public institutions) or promises of free speech elsewhere in school policies (at private institutions). FIRE also strongly agrees that it is important for students to know their rights.

Williams and Ceci conclude that allowing the open discussion of ideas does not mean conceding that those ideas are correct. Rather, improving freedom of speech on campus will mean that important issues can be debated in the marketplace of ideas.

As luminaries in psychological science as well as public intellectuals, Williams and Ceci taking a stand is important. They can take the risk of speaking, and the scientific community is likely to listen to what they have to say. Their ideas have merit, and an overwhelming majority of their recommendations are reasonable and practicable. Their work also mirrors much of the advocacy we have done here at FIRE for nearly two decades.

Through the FIRE Student Conferences and FIRE Faculty Conferences, and through work with college administrators and outreach to high school students, FIRE has long been working on many of these challenging issues. I am very pleased to see Williams and Ceci join the struggle to protect freedom of speech on campus. Hopefully Williams and Ceci’s strong stance on this issue will make an impact.