FIRE > Newsdesk > Top Story > Could the University of Alabama student government ban ‘disruptive’ speech at this weekend’s game? Probably not. 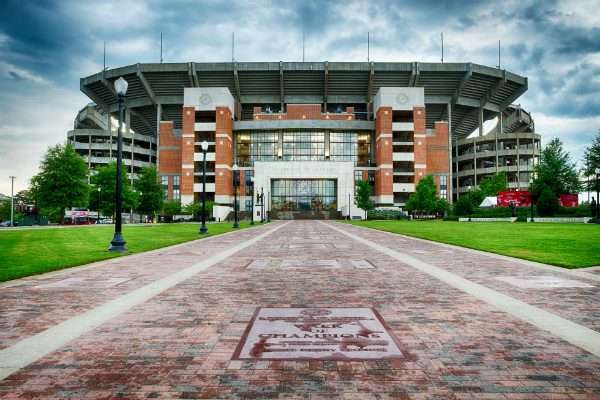 Earlier this afternoon, a representative of the student government at the University of Alabama caused a stir by writing, in a letter to student organizations, that “disruptive behavior” during this Saturday’s football game — which President Donald Trump will attend — will result in the student group’s removal from block seating “instantly for the remainder of the season.”

Fortunately, the student leader subsequently clarified that his letter should not be interpreted as restricting student expression, but was instead intended to warn against physical altercations:

ask for clarification and you shall receive. pic.twitter.com/UOsZMe8W6i

Outside of Wimbledon, sports audiences are not passive, silent observers, but are instead encouraged to be boisterous, expressive participants. Scoreboards and players implore audiences to make noise in support of the home team, and audiences readily boo for the visiting team. Fans direct their cheers and shouts not only to the teams on the field, but also to mascots traversing through the stands and to fans of the opposing team.

There is also a long — and recent — history of sports audiences jeering and booing when senior political figures are in attendance. In 1931, for example, President Herbert Hoover was met with “a resounding chorus of boos” and chants of “we want beer” from Philadelphians watching the Athletics baseball team in the 1931 World Series. (Philadelphia sports fans have since developed more aggressive methods and mascots.)

Under the First Amendment, sporting events are not generally interpreted as public forums, and government actors may have greater authority to police conduct or expression in the venue, and may condition access on an agreement to comply with regulations that would be unlawful in, say, a public park.

But that authority is not unfettered. Even in nonpublic forums, state actors cannot engage in viewpoint discrimination.

A recent case arising out of a federal court in California is illustrative. Two brothers, fans of the San Francisco 49ers, were attending a National Football League game at publicly-owned Levi’s Stadium when they were told to stop displaying the middle finger and yelling “you fucking suck” at the New York Giants. When they left their seats and approached the railing separating fans from the field, a police officer decided to eject them. After watching his brother’s arrest, the second brother protested the officer’s “brutality by shouting . . . and pointing at them,” then by “taking a ‘knee in the aisle,’” at which point he, too, was arrested. Even if the first brother’s arrest did not violate the First Amendment, the federal district court held that the arrest of the second brother did: “Even if [the stadium] was a limited public forum or a nonpublic one, the First Amendment would still protect against viewpoint discrimination.”

The SGA letter warning against “disruptive behavior” risked viewpoint discriminatory enforcement. In light of the president’s recent experiences while attending sporting events, many reasonably interpreted the SGA letter as an effort to warn against expression hostile to the president: boos, jeers, and so on. Yet that same boisterous expression might not yield consequences if it expressed support for the president, as it might be less likely to be interpreted as “disruptive.” Provided that student expression favoring or disapproving the president is consistent with other expression within the stadium — booing and cheering for or against the teams on the field — that expression should not be penalized on the basis that it might be viewed as “disruptive.”

To be sure, the First Amendment would not protect conduct that materially disrupts the game or other audience members’ enjoyment of the game. However, momentary displays of disagreement with the President of the United States during a sporting event remain protected by the First Amendment, and it was wise of the SGA representative to clarify that he was encouraging students to “avoid altercations” during the event.

As he put it: “Please express yourselves and especially your pride for the Tide!” FIRE has no rooting interest in the football game, but we strongly support student expression — no matter which team you support.