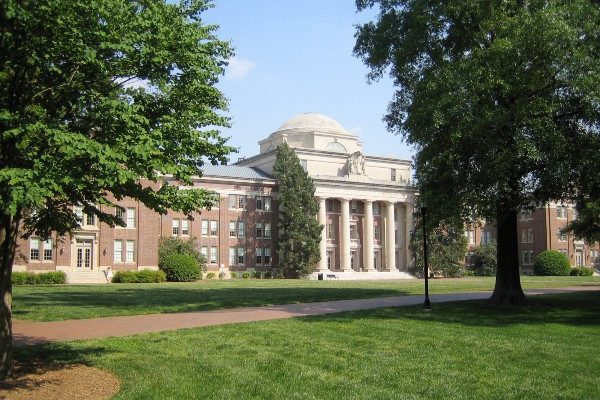 CHARLOTTE, N.C., Dec. 9, 2021 – Davidson College is on the cusp of becoming the first private college in North Carolina to adopt a version of the Chicago Statement — the modern “gold standard” of commitments to free expression on campus. The Foundation for Individual Rights in Education and the James G. Martin Center for Academic Renewal applaud President Carol Quillen’s commitment to an intellectually free and open campus, and urge Davidson’s board of trustees to endorse and adopt this statement in its entirety.

“Binding statements that commit colleges to protecting fundamental rights are a crucial part of having a campus culture of free expression and inquiry,” stated Robert Shibley, FIRE’s executive director. “Students and faculty are more likely to engage in open and honest dialogue when their institution publicly makes these commitments. Davidson should be the next elite institution to clearly guarantee the free and open exchange of ideas.”

In October, Quillen called on professors, current students, a board member, and former North Carolina Gov. James G. Martin to draft the Davidson Commitment to Free Expression. Based on the University of Chicago’s statement protecting free expression on campus, versions of which have been adopted by more than 80 colleges from Princeton to Arizona, as well as by North Carolina’s own Winston-Salem State, UNC-Chapel Hill, and others, Davidson’s statement promises the college will “promote the lively and fearless freedom of debate and deliberation and will also protect that freedom when others attempt to restrict it.”

“For nearly a decade, North Carolina’s universities have led the way on free speech by ending their unconstitutional speech codes and speaking out in favor of freedom of thought and inquiry,” said Jenna Robinson, President of the Martin Center. “Davidson’s new statement in support of free expression will continue that trend. There’s still a long way to go, but this is an important step in the right direction.”

The Davidson community recognizes the good a statement like this will bring to campus. A survey conducted for the alumni group Davidsonians for Freedom of Thought and Discourse found that 78% of students agree that Davidson should adopt a free expression statement such as the Chicago Statement.

The release of Davidson’s statement coincides with yesterday’s release of FIRE’s 2022 Spotlight on Speech Codes report, which analyzes the free speech policies at 481 top colleges and universities. The report found that North Carolina is home to the largest number of FIRE “green light” institutions — schools that do not have any written policies that imperil free speech.