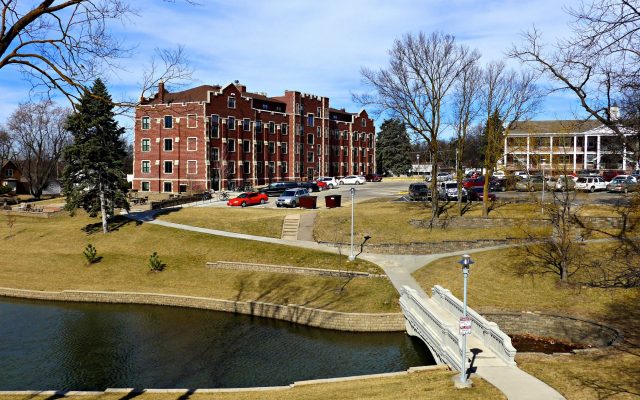 As Doane University’s Board of Trustees weighs proposed cuts to the university’s programs, one faculty member created a website to criticize the proposal. In response, Doane — which previously wound up on FIRE’s 10 Worst Colleges for Free Speech list for censoring a librarian’s exhibit — issued a bogus takedown notice, claiming the website was violating the university’s intellectual property.

Thanks to a letter from the Electronic Frontier Foundation, Doane withdrew its claim and attempted to paint the episode as a “misunderstanding.” But a quick review of the facts strongly suggests professor Timothy Hill was targeted for criticizing Doane.


Hill created KeepDoaneEducated.net to encourage community members to express their concerns in advance of this month’s vote on the proposed cuts. Doane’s student newspaper reported that the website was taken offline after the university’s administration complained:

The website has since been accused of copyright infringement through the use of photos that belong to the university. However, faculty members involved with the site claim the photos were taken by themselves, not taken from Doane’s website.

Though the complaint was anonymously made, Doane’s Spokesperson Ryan Mueksch said Doane administration filed the complaint with the hosting company for the faculty website.

Doane university gave a statement on the subject, saying “Doane views intellectual property as one of its most valuable assets. As such, Doane takes its name, trademarks, and copyrights seriously. The University will defend its name, rights, and assets when used without permission.”

Thanks to EFF’s letter, the university withdrew its complaint and the website’s host restored access. But while the university retracted this particular notice, it issued a statement to the student newspaper defending its notice and arguing that its notice was not based on the photos on the website:

After further consideration, Doane University has contacted the hosting site, allowing the site to be live. In a misunderstanding that has now been falsely communicated, Doane’s complaint dealt with the university’s likeness being used on a third party site without permission. The photos used on the site was not specifically the origin of the DMCA claim. The university has a responsibility to dispute third party websites attempting to use Doane’s name, likeness, and private information without permission.

This defiant statement does the university no favors.

First, it’s arrogantly dismissive of (or willfully blind to) its faculty members’ expressive rights. The university is not by its good graces “allowing” the website to “be live,” and does not have a “responsibility” to prevent critics from using its name or “likeness” without permission. Faculty members at private institutions that promise freedom of expression (like Doane) have a right to criticize their institutions. Doane’s contemptuous approach to freedom of expression is embarrassing for an institution that has already once found itself the center of criticism for ignoring its faculty members’ rights.

Second, Doane’s statement is ignorant of the law. Even if Doane had not made promises of freedom of expression, it could not utilize the Digital Millennium Copyright Act as a vehicle to censorship, as the DMCA prohibits bad faith takedown notices. Fair use protects the use of the name or logo of an institution when criticizing that institution. It’s difficult to believe that Doane had a good faith belief that it had a copyright in a photo it did not take or in a logo that was never used.

Third, it makes no effort to explain what the “misunderstanding” was or attempt to enunciate what the university feels its rights are. Is Doane now broadening its position to indicate that not only are photos or logos subject to its intellectual property, but also merely mentioning the university online? That’s absurd. You do not need to get a university’s permission to use its name — which would extend to a university the legal right to only allow favorable uses of its name. You should not have to tiptoe around using a university’s name like it was a Harry Potter villain.

Doane’s unrepentant statement doubles down on the chilling message sent by its original DMCA notice. Having withdrawn that notice in form, it should now withdraw it in spirit by reaffirming the rights of its faculty and students to criticize their institution by name and “likeness.”