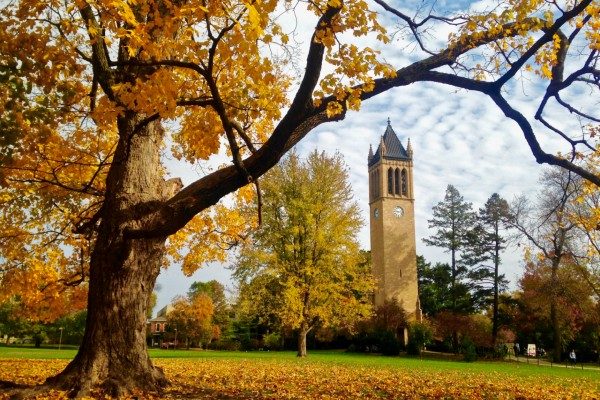 On Tuesday, FIRE sent a letter to Iowa State University sharing our concerns with its implementation of Iowa’s recently-adopted House File 802 — one of the many “divisive concepts” laws targeting “critical race theory” in education.

While Iowa State has not yet formally responded to FIRE’s letter — we asked for a response by Aug. 10 — it issued a statement declining to revisit its implementation of the law:

FIRE’s July 27 letter misconstrues the document Iowa State University leaders provided to the campus community as a resource regarding the newly enacted House File 802. The guidance in this document is intended to help faculty understand and comply with the new law, while also teaching their classes and carrying out the university’s academic mission.

Under House File 802, the university cannot “teach, advocate, act upon, or promote” specific defined concepts in “any mandatory staff or student training.” The term “mandatory staff or student training” could be interpreted to include circumstances where the specifically defined concepts are taught in mandatory courses where the concepts are not germane to the subject matter of the course.

Respecting and protecting the First Amendment rights of faculty, staff, and students is a core value of Iowa State University. Contrary to FIRE’s assertion, First Amendment and academic freedom principles apply to faculty classroom instruction only if the material is germane to the course and taught in an appropriate manner.

Administrators have worked closely with faculty, college deans, and department chairs to offer support and guidance as the university community prepares for the fall semester.

While we’re glad that Iowa State now agrees that the First Amendment protects material germane to classroom instruction, its guidance to faculty on HF802 explicitly contradicts that understanding. Iowa State warns faculty that “even though discussion of the concepts may be considered germane” to a particular course, “a violation of the Act is likely” if the class is required for any student.

In other words, Iowa State is saying one thing and doing another.

Iowa State University is telling faculty that the state’s new anti-CRT law applies to classes, banning discussion of certain “concepts.” It doesn’t, and its application by @IowaStateU is unconstitutional: https://t.co/qUUYuqkoNx

Iowa State is now telling the press that it agrees that the First Amendment protects “germane” material — but has nevertheless instructed its faculty that state law prohibits the discussion of even germane material about the banned concepts in any class that could be seen as “mandatory.” Any rational faculty member would take Iowa State at its word and steer clear of talking about banned concepts, no matter how relevant to class — and that chill is exactly what the First Amendment prohibits.

On top of that, the university has an expansive view on what “mandatory” means, warning that a class may be considered “mandatory” if a student simply has few other options. And beyond the question of whether a class is mandatory, Iowa State warns that “events, programs, sessions, lectures, speakers, discussions, etc.,” themselves are subject to scrutiny under the law, meaning that a faculty member teaching an elective class must think twice before requiring students to attend a speaker’s appearance if that speaker might introduce a forbidden subject.

This is not how a college education is supposed to work. As the Chicago Statement — which Iowa’s universities have adopted pursuant to state law — puts it: universities are to be afforded the “fullest degree of intellectual freedom and free expression allowed under the First Amendment,” and it is not their “proper role” to “shield” people from protected speech, “which may include ideas and opinions” that are “unwelcome, disagreeable, or even offensive.”

Iowa State could reassure faculty members that the law’s scope simply does not reach classroom instruction. That’s a straightforward reading of the statute.

In place of a full-throated articulation of its faculty members’ robust First Amendment rights, Iowa State is instead encouraging faculty to self-censor so the university can avoid potential legal problems or lawmakers’ scrutiny.

Iowa State could reassure faculty members that the law’s scope simply does not reach classroom instruction. That’s a straightforward reading of the statute. Instead, Iowa State is bending over backward to silence speech, warning faculty that the level of “scrutiny” will depend on how germane the subject is.

Iowa State could stand up for its own teachers and students. It could summon its own resources to offer to help faculty challenge the law on First Amendment grounds if the legislature insists the bill does in fact regulate classrooms. It could assure faculty that they will not be disciplined for exercising their rights to academic freedom, given that university regulations allow discipline of faculty, tenured or not, for violating either state law or university policy. Instead, Iowa State is shifting the entirety of the risk to individual faculty members and wishing them good luck and godspeed navigating the new law.

Iowa State has ceded its faculty members’ First Amendment rights to an expansive and unreasonable interpretation of the judgment of its state legislature.

Iowa State could request that the Iowa Board of Regents request an opinion from the state’s attorney general ascertaining the scope of the law. Perhaps it may yet do so, but its current response does not offer hope that it will. Instead, Iowa State has ceded its faculty members’ First Amendment rights to an expansive and unreasonable interpretation of the judgment of its state legislature, essentially telling faculty that they should keep their mouths shut if they know what’s good for them. What rational faculty member would risk introducing forbidden concepts, or risk encouraging students to attend a lecture by someone who might bring them up?

If Iowa State will not defend its own faculty, FIRE will. Faculty members who are considering changes to their classes as a result of HF802 — or due to any other state law restricting their academic freedom — should get in touch with FIRE as soon as possible.