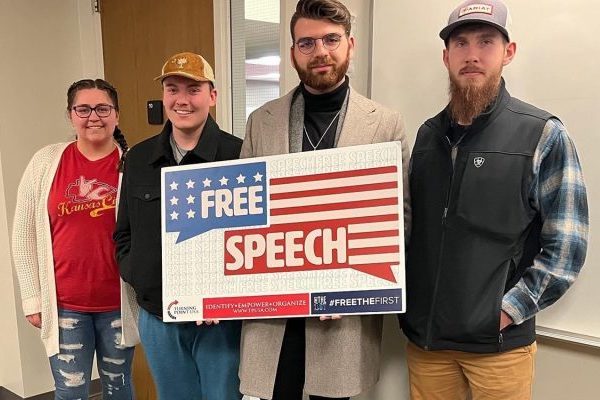 After Drake University’s student senate denied recognition to a chapter of Turning Point USA for the third time — citing disagreement with certain group members’ views — FIRE wrote to Drake explaining that student groups may not be denied recognition based solely on viewpoint. Although Drake did not respond to FIRE’s letter, its student senators claimed to the media that the senate did not deny TPUSA recognition “based on politics,” but rather due to the perceived “racist and transphobic and homophobic” viewpoints of its student leaders.

Although Drake is a private institution not bound by the First Amendment, it makes strong affirmative promises that students enjoy expressive rights. In fact, the university promises that it “carefully refrains from restricting the exchange of ideas or regulating the content of speech” and “cherish[es] and defend[s] freedom of speech to the full extent protected by the First Amendment.”

Students and faculty should be aware that the university’s promises are worth no more than words on paper.

Given these commitments, Drake cannot punish students or deny them resources based on their expression or viewpoints. And as Drake itself lacks the authority to deprive students of opportunities based on their views, it cannot grant such authority to its student senate. To do so would be blatant viewpoint discrimination in violation of the university’s free expression promises.

Although student senators claim they did not deny recognition based on students’ conservative views, a student senator told local TV station KCCI that the senate denied recognition based on comments by TPUSA’s prospective president that the senator labeled “racist and transphobic and homophobic.” Given this statement, the student senate denied recognition to TPUSA based on either (1) students’ protected expression or (2) viewpoints held by members of the group. Whichever is the case, that is unacceptable at a university which promises students expressive rights.

Although Drake did not respond to FIRE, the university provided a statement to KCCI that its student senate “has full authority to approve or deny student organizations.” If that means the university endorses the student senate’s viewpoint-based decision-making, that cannot be reconciled with its strong promises that it “cherish[es] and defend[s] freedom of speech to the full extent protected by the First Amendment.” If Drake strives to  comply with First Amendment standards, it must guarantee its students full expressive and associational rights.

The university cannot stand on the sidelines while its students deprive other students of resources based on their views.

As the U.S. Supreme Court held in Board of Regents of the University of Wisconsin System v. Southworth, under the First Amendment, universities must grant expressive student organizations recognition and access to student fees on a viewpoint-neutral basis. By denying TPUSA recognition, Drake is depriving the group of resources — including the ability to reserve event space on campus, apply for funding, and open financial accounts on campus — based on the speech and viewpoints of the organization’s prospective members or leaders.

If Drake really does grant expressive rights commensurate with the First Amendment, it may not allow its student senate to deny recognition based on viewpoint — regardless of whether student senators or other students find an organization’s views offensive or repugnant.

Drake must take action to end this cycle. The university cannot stand on the sidelines while its students deprive other students of resources based on their views, no matter how subjectively offensive those views may be to some members of the campus community. Otherwise, students and faculty should be aware that the university’s promises are worth no more than words on paper.