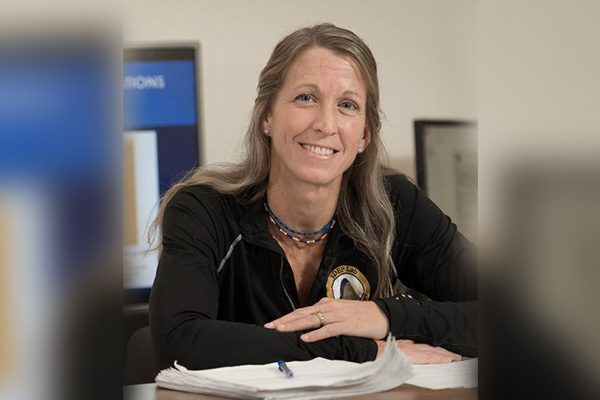 In this occasional feature, FIRE interviews members of our Faculty Network to discuss their research, teaching, and advocacy on free expression at their institutions. This month, we talked with April Bleske-Rechek, professor of Psychology at the University of Wisconsin-Eau Claire. She has received several awards for her teaching and mentoring of undergraduate scholars, including her university’s Excellence in Teaching (2010) and Excellence in Mentoring (2016) awards, the Council of Undergraduate Research Mid-Career Mentoring Award (2020), and the UWEC College of Arts & Sciences Career Excellence in Teaching Award (2021).

First off, could you tell our readers a little bit about your academic background as well as some of your current teaching and research interests?

My first mentor, way back when I was just 16 years old, was Dr. David Lykken, who accepted me as a young volunteer at the Minnesota Twin Study. I earned my BA in Psychology from the University of Wisconsin-Madison, where I was mentored by Avshalom Caspi. In 2001, I earned my PhD in Individual Differences and Evolutionary Psychology with David Buss at the University of Texas at Austin, after which I conducted post-doctoral research in Applied Individual Differences with David Lubinski and Camilla Benbow at Vanderbilt University. I have been at UWEC since 2003, where I teach a variety of courses, my staple offerings being Research Methods in Psychology, Big Issues in Psychology (senior capstone), Individual Differences and Behavior Genetics, Evolutionary Psychology, and Personality Psychology. My research is varied (yet also predictable given my interests), ranging from studies of social scientists’ unwarranted use of causal language, to the use of sexual taboo language as an indicator of one’s willingness to engage in casual sex, to sex differences in the characteristics that individuals most strongly pursue and most strongly avoid in a romantic partner.

I tell students that if I have figured out how to conduct a well-designed study on a topic that interests me, I cannot help but want to go after it, but doing so is risky no matter how well-designed the study is.

Part of why I was interested in interviewing you is because of how the field of psychology is so often a flashpoint for larger cultural battles, and how those larger battles can exert significant pressure on the climate for certain lines of research. Can you talk a little about this, from the perspective of a practitioner?

I would say the pressure is intense. I was once warned to never study race or rape. But the fact is, evolutionary psychology and behavioral genetics both have much to contribute to these and other taboo topics. “Is” does not equal “ought,” and our perceptions of what “ought” to be or “should” be do not always match what “is.” As David Buss has cogently illustrated in his wonderful new book, “When Men Behave Badly,” we need to face the reality of our evolved nature — the good and the bad of it — to design useful solutions to societal problems.

Has this trickled down to the level of your own teaching and research?

Absolutely. Over the past decade, I have felt increasing pressure to restrict what I teach and study. In my classes, I have gotten to the point where I provide key terms and definitions on my syllabi, such as “biological sex,” “intersex,” and “gender identity,” so that students are well-aware of my rationale for using the words “male” and “female.” And last year, I included the following warning regarding the applied component of my advanced statistics course:

This is a statistics course, after all, and I aim for you to consider issues that we often fail to think about objectively and statistically because they espouse emotional (rather than analytical) reactions. In this course, your personal experiences will certainly be important to acknowledge as you begin to read articles on a specific topic, but lived experiences do not qualify as systematic, objectively collected evidence to be used for or against a specific claim…. If you do not want to be challenged to consider issues like social media use, school shootings, mental health, trigger warnings, and gender dysphoria from an objective and statistical perspective, then reconsider your enrollment in this course.

In my senior capstone course, students and I talk about several hot-button issues, and inevitably, students ask, “So, where do you draw the line? Are there studies out there that you wouldn’t do?” I tell students that if I have figured out how to conduct a well-designed study on a topic that interests me, I cannot help but want to go after it, but doing so is risky no matter how well-designed the study is. Perhaps an example will illustrate.

For several years, I talked to my husband about writing a paper that lays out how the increased representation over time of women and underrepresented minorities in STEM graduate programs does not coincide with a parallel decrease over time in the sex and race/ethnicity discrepancies in GRE-Quantitative scores. My husband asked me to wait until I had tenure to touch this issue, so I did. Finally, when I had tenure, two undergraduate students and I compiled data from multiple sources, laying out a compelling case (in my opinion). I invited my colleague and friend, Kingsley Browne, on to the team, and in 2014, our paper was accepted for publication in Intelligence. At this point, I warned my students, who were heading off soon to graduate school, that people might react badly to the article. After taking a couple of days to think it over, they both withdrew their names from the paper. They were just too afraid of the potential consequences of being affiliated with a paper that did not follow the prevailing narratives.

The bottom line is that, for fear of repercussions, I avoid conducting research on a whole host of questions. That said, I know exactly what article I want to write and submit to the Journal of Controversial Ideas, when I find the time, now that the journal exists.

We’ve talked about trends that have the effect of chilling the research climate, but I wonder — does that perhaps cut the other way as well? Have your interests shifted in response to some of these more recent trends, not to avoid them but to get to the bottom of what drives them?

Yes, I think my scholarly interests have shifted. For example, one project I am working on, which I have dubbed “Shoot the messenger,” is devoted to understanding how the identity status of an individual providing scientific information affects how that information is received. I was motivated to do this research because over the years I have felt increasingly anxious when I present students with data on sex differences in specific cognitive abilities, commitment to long work hours, interest in people versus things, and personality traits such as agreeableness and neuroticism. In talking with a friend one day, I bemoaned the fact that I, as a woman, felt fearful of sharing high-quality data that imply that discrimination and oppression are not the magic bullet explanations for women’s under-representation in the highest levels of STEM academia and CEO positions. I mean, how would they react if I were a male professor?

Of course, I know it shouldn’t make a difference, not if humans reasoned with full objectivity about the arguments and data at hand. Indeed, this past year, my students and I have shown that the identity of the messenger does make a difference. In our study, young adults reacted less favorably to scientifically rigorous, evolutionarily-informed (and hence controversial) information about sex differences when it came from a male professor; they rated it as lower in quality and wanted to censor it more when it came from a male as opposed to a female professor.

I have also begun research on the construct of microaggressions. In 2017, Scott Lilienfeld wrote a thorough and clear review of the scientific status of the microaggression research paradigm, and my research has pulled from many points he made in his article. In the simplest terms, one of his key points was that if a microaggression is defined in the eye of the receiver, then literally anything can be perceived as a microaggression.

There is strength in numbers, and I do think that faculty who conduct research on sensitive issues need to know that they have colleagues who are “quietly” concerned about censorship and academic freedom on college and university campuses.

How do we go about developing an operational definition of this concept? One place to start is by establishing consensus among people in their judgments of what is hurtful. Thus, my students and I asked people to read various ambiguous statements (such as “You should take up running” and “You didn’t know that?”) and rate how hurt they would feel if someone said each statement to them. These students, who showed strong consensus about the low level of hurt they would feel in response to positive statements (such as, “You have a beautiful smile”), showed far less consensus in their judgments of the ambiguous statements. Instead, there was strong within-person consistency: an individual who felt hurt in response to one ambiguous statement was highly likely to feel hurt in response to another, and another, and another. Moreover, a solid predictor of the degree to which an individual reported feeling hurt in response to these varied ambiguous statements was their level of negative emotionality (neuroticism). These findings, in addition to other data out of my lab, converge on the possibility that microaggressions may not lead to mental health issues as commonly suggested in microaggressions workshops; instead, negative emotionality might underpin both mental health concerns and perceiving oneself as being microaggressed against.

Lastly, is there any advice you have for other faculty pursuing research on difficult or controversial issues, and how they might protect their academic freedom rights?

I hope that there are many people like me who are frustrated by the very idea that certain topics or data are “off-limits.” There is strength in numbers, and I do think that faculty who conduct research on sensitive issues need to know that they have colleagues who are “quietly” concerned about censorship and academic freedom on college and university campuses. Through interactions with FIRE, the Academic Freedom Alliance, and FAIR, I have taken to heart calls from others to be courageous and to speak up, because I know that I can seek help if my voice is not given fair and just treatment.

I also have become more committed over the years to my students and their right to be informed. I do research on controversial topics, but — more importantly — I teach about so-called controversial topics. I do so because in my mind, applying principles of evolutionary theory to human behavior should not be controversial! (That’s just good science.) Likewise, knowledge of the heritability of the many dimensions along which people differ, and the research designs that provide that knowledge, should not be controversial. With more knowledge at hand, students can engage in fruitful discussion about the implications of that knowledge and how people of differing mindsets might use it. I have had many students in the past year alone thank me for providing the only classroom opportunity they have had, in four full years of college, to discuss difficult topics surrounding race, gender, sexuality, and intelligence rather than be told how to think about those topics. We who have “contrarian” views cannot crawl into a corner now.