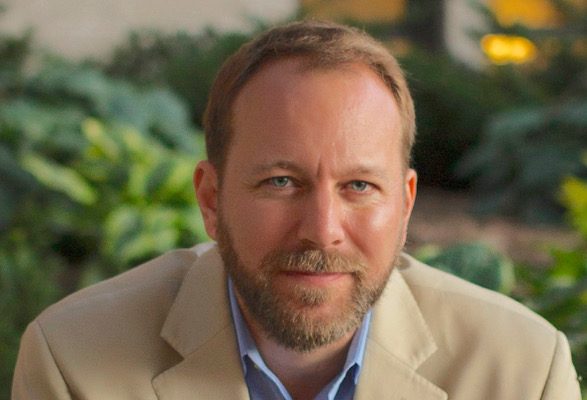 In this occasional feature, FIRE interviews members of our Faculty Network to discuss their research, teaching, and advocacy on free expression at their institutions. This month, we talked with Jeffrey Aaron Snyder, professor of Educational Studies at Carleton College. Jeff is the author of “Making Black History: The Color Line, Culture, and Race in the Age of Jim Crow“. His writing on free speech and higher education issues has been featured in varied outlets such as The Washington Post, The New Republic, CNN, and Inside Higher Ed. With Amna Khalid, he was a featured presenter at FIRE’s 2018 Faculty Network Conference. He tweets at @JeffreyASnyder.

Interviews are conducted via email and are lightly edited for length and clarity. They will run on FIRE’s Newsdesk about once a month.

Could you tell our readers a bit about your academic background and your research and teaching interests?

I’m trained as a historian of education. My research explores historical questions about race, national identity, and the purpose of public education in the United States. I am particularly interested in how diversity — as a fact and a concept — plays out in schools from kindergarten classrooms to college campuses. My teaching focuses on past and present educational policy and school reform movements. The most recent class I created is called “Controversy, Politics and Intellectual Freedom in U.S. Public Schools.”

You’ve in recent years become a more frequent commentator on free expression and academic freedom issues, as well as some of the larger cultural issues challenging the academy. Did this interest flow naturally from your areas of teaching and research, or were there other external factors that spurred your interest?

My interest in free expression and campus cultural politics was initially stimulated by what I was seeing and hearing on my own campus. In 2015, I learned from a colleague that some students were requesting a trigger warning for a reading about the Holocaust. One student even asked for an alternative reading that was less upsetting.

[I]t became clear that the authors of the policies imagined that college teaching adheres to a “banking model” of education in which professors simply deposit knowledge into the heads of their students. There was little to no acknowledgement of the fact that many classrooms feature robust discussion and debate.

This anecdote speaks to a trend on campuses across the country where some students have become resistant to course material that may trigger, offend, or disturb them. It poses a challenge to anyone whose teaching addresses sensitive topics.

Take school desegregation, a key topic in the history of American education. Anchored around the monumental 1954 Brown v. Board of Education Supreme Court decision, the movement to desegregate schools involved massive resistance in both the South and the North. It’s a story filled with one example after another of vicious racism — white supremacist politicians, racial slurs, and mob violence, just to name a few.

The truth may set you free but it also makes you sick. That’s a paraphrase from the pioneering Black historian Benjamin Quarles. My goal as an instructor teaching this history is to present a rigorous, well-documented and unvarnished account of the school desegregation movement. I also aim to help equip students with the analytical skills, patience and fortitude to reckon with disturbing historical realities. I do think it’s more challenging to accomplish these objectives in our current campus climate when some students hold the expectation that learning should not be uncomfortable. What’s more, academic discussions about race and racism run the risk of being seen as a form of racism. You can see this in examples of professors who have run into trouble teaching everything from the work of James Baldwin to the lyrics of Tupac.

When students or administrators tell professors that the mere exposure to “problematic” course content may offend or “traumatize” them, we shouldn’t be surprised that professors do a cost-benefit analysis and conclude that teaching X, Y or Z is too risky.

One thing you’ve likely noticed in the past year in higher education is universities’ increased emphasis on diversity and antiracism programming and training. What are your thoughts on the current trend? Are there any potential pitfalls in your view?

Diversity training is attempting to address real and urgent social problems, including prejudice, racism and discrimination. Unfortunately, most diversity and antiracism trainings are superficial and ineffective. From a free expression perspective, their biggest problem is how profoundly ideological they are. They are steeped in “therapy speak,” an increasingly elaborate social justice lexicon and a very watered down version of critical race theory. Informed by authors such as Ibram Kendi and Robin DiAngelo, these trainings offer a paint-by-numbers approach to social change.

This “Antiracism, Inc.” approach downplays or ignores hugely important issues such as religion and social class that don’t fit into a narrow “intersectionality” framework. Even more troubling, Antiracism, Inc. has effectively become the officially approved discourse for campus conversations around race, inequality and social justice. (It’s also rapidly gaining the same kind of unquestionable authority in public schools, nonprofits and corporations.) I believe this has had a chilling effect on robust discussion and debate, such that there are all kinds of voices — from conservatives and libertarians to classical liberals and Marxists — that do not even get a hearing.

Shifting gears, I was recently rereading your and Amna Khalid’s exploration of institutions’ policies on in-class recording. I’ve always been fascinated by this issue because of the number of different interests at stake and the fact that balancing them is a source of significant disagreement even among otherwise like-minded faculty. What overall impressions did your research here leave you with, and did you find your own thinking on the issue evolving?

You had Neo-Nazis and right-wing trolls masquerading as free speech martyrs — and for some observers, including many college students at the time, the whole conception of “free speech” became tainted by these associations.

Working on that piece, I was surprised to discover the extent to which academic freedom — what and how professors teach — was neglected in official classroom recording policies. I was also left with the impression that administrators and faculty members have very different understandings of what happens inside classrooms. From reading through dozens of different policies (most of which pertained to accommodations for students with disabilities), it became clear that the authors of the policies imagined that college teaching adheres to a “banking model” of education in which professors simply deposit knowledge into the heads of their students. There was little to no acknowledgement of the fact that many classrooms feature robust discussion and debate. Nor was there any real appreciation for the potentially chilling effects that classroom recordings might have with respect to students and faculty sharing personal experiences or articulating controversial positions.

The explosion of Zoom instruction over the past academic year raises all kinds of thorny questions about classroom recordings. Professors have lost the ability to control the classroom environment because it extends to offices, bedrooms and kitchen tables across the globe. Privacy and consent issues loom large here, especially given that a Zoom recording captures both audio and video. In this new landscape of online teaching, I have seen very little serious discussion of academic freedom issues.

Lastly, an ongoing interest of yours is trying to cut through the left-versus-right divide on free speech so that it can be seen more as a common good. Is there anything that has worked from your own experience that you might suggest to other faculty?

Yes, this question is of great interest to me as a professor who leans to the left. The brief period in 2016/17 when college campuses exploded with controversies surrounding the appearance of incendiary speakers such as Richard Spencer, Ann Coulter and Milo Yiannopoulos did real damage to the free speech cause. You had Neo-Nazis and right-wing trolls masquerading as free speech martyrs — and for some observers, including many college students at the time, the whole conception of “free speech” became tainted by these associations.

My Carleton colleague, Amna Khalid, and I have argued that partisan politics has prevented many of our friends on the left from seeing threats to free expression on campus: “[I]f the right is ringing the alarm bell on free speech, then it must be a false alarm.” Given this highly polarized political context, abstract appeals for the virtues of free speech tend to ring hollow for those who are not already believers. So I think taking a pragmatic approach is necessary, which means showing specific examples of cases in which left-of center, socially progressive, radical or activist voices have been shut down or censored. Of course, there are many examples, including, most recently, the abrupt cancellation of an Angela Davis talk at Butler University. In spite of the transcendent, universal values of intellectual freedom, we may need to start by showing how it benefits our own political “team.” It wouldn’t hurt, also, to remind ourselves that free speech has always been one of the most important tools of liberation for the disenfranchised and oppressed.