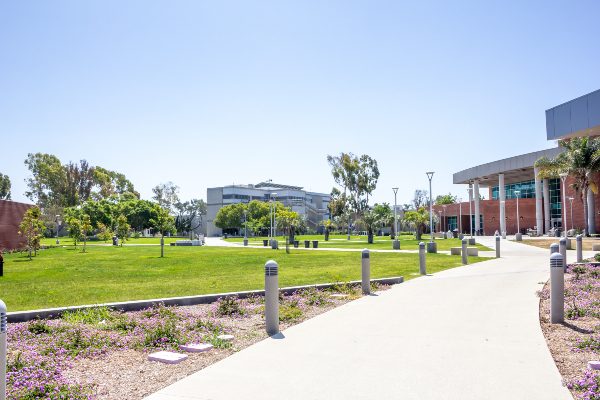 In this occasional feature, FIRE interviews members of our Faculty Network to discuss their research, teaching, and advocacy on free expression at their institutions. This month, we talked with Marilyn Kennedy, Assistant Professor of English at Orange Coast College.

Interviews are conducted via email and are lightly edited for length and clarity. They will run on FIRE’s Newsdesk about once a month. 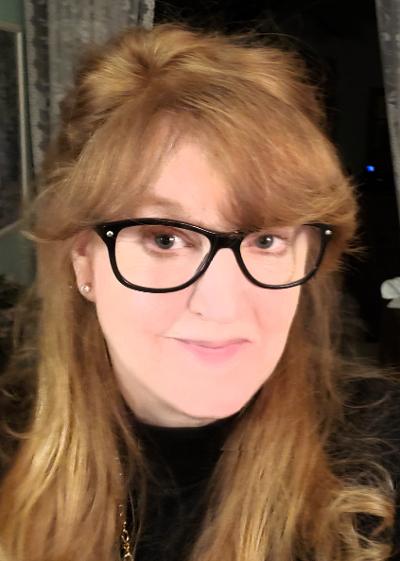 Most of our Newsdesk readers will be meeting you for the first time, so would you mind briefly discussing your academic background and teaching and research interests?

Academic freedom and free speech issues always fascinated me, but I was also interested in politics, music and theater, so I merged my love of those disciplines into two English degrees focused on American literature and dramatic literature and am now a tenured Assistant Professor at Orange Coast College. Since political theatre, both on the stage and in real life, explores the bounds of our freedoms — comically, tragically, and satirically — I find those literary or nonfiction works the most intriguing. During my recent sabbatical I focused on academic freedom, free speech, First Amendment issues, the marketplace of ideas, consensus building, Rogerian argument, and conflict resolution, and I am currently teaching critical reasoning via nonfiction as well as college composition. I also teach or have taught critical reasoning through literature, film as literature, American literature, and World literature.

My teaching and research interests have always centered on those intellectual concepts and applications, plus ethical and philosophical aspects of argument and ideas. In this practical realm, I was part of inviting FIRE’s [legal director] Will Creeley to our campus to educate our faculty and administration on academic freedom and First Amendment issues. The administration was on board, so in 2018 and in conjunction with our administration, I facilitated our campus Flex Day Keynote Presentation, “Free Speech in Focus,” with a panel of legal experts from the ACLU of Southern California and California State University Long Beach Center for First Amendment Studies, plus our district’s general counsel.

I was interested in interviewing you in part because of your extensive experience in faculty governance during your time at OCC. We’ll get into more specifics about your work in this area, but would you mind first summarizing your involvement in governance over the years?

I initially joined two Academic Senate committees early on in my tenure: Academic Freedom and the Professional Development Institute (PDI); I was also temporarily on the Curriculum Committee for a year. I’m currently a member of the Senate’s Transparency Committee, which reviews and ensures transparency and faculty involvement in shared governance decision-making processes, and chair of the Professional Development Institute, which awards funds/credits for professional activities. I also attend the Honors Council, which oversees our honors program. At various times since 2005 I’ve been a member of the Senate Executive Board in my roles as PDI Chair, Senate Secretary, or Parliamentarian; in the senate, I’ve also been a division senator for a decade and was a senator-at-large for two years. I am currently our Senate President’s designee to our District Board Policies and Administrative Procedures Committee which writes and reviews District policies which have legal bearing.

Academic freedom is a primary concern of FIRE’s, so I’m especially curious to hear more about your work with the OCC Faculty Senate’s Academic Freedom Committee. What is its mandate? And what are the policy decisions and debates it’s facing at this moment for higher education?

Our Academic Freedom Committee was created in response to a campus controversy in 2001 following 9/11. [Editor’s note: You can read about FIRE’s involvement in this case – one of our earliest! – at this page.] The committee’s mandate is to review matters pertaining to academic freedom and First Amendment issues, intellectual property rights, and due process, and we do recognize the discrete and intersecting aspects of these laws and ideals. Last year we updated our bylaws in order to create three co-chairs (currently Dr. Eduardo Arismendi-Pardi, a mathematician; Professor Richard Kraft, an artist; and myself, a writer/researcher) in order to be a united force in the event of any campus controversy that might bring in media or other outside groups. Our three co-chairs and members have differing political views and I think that is an asset, but we are all united in our common commitment to academic freedom and recognize its essential nature in academia. Our committee is presently working on the Chicago Statement for senate review, exploring avenues to educate the faculty and campus on academic freedom and First Amendment rights, and considering a student scholarship.

Your faculty senate has an additional challenge on its plate, which is that in addition to contending with the inputs of the students and administration at OCC, it also contends with those of the California Community Colleges system, which has its own academic senate with its own overarching agenda. Could you talk a little about the task of navigating those different dynamics?

An irony with the state academic senate is that it is not covered by California’s Brown Act (public meeting and transparency laws), but all of the community college academic senates it serves are, so there is a need to be observant. We often hear about things coming to us, not the other way around. Our Academic Freedom Committee discovered a week or so before the fall plenary that there was a proposed resolution for our community college state faculty to disperse and sign a pledge (regarding diversity and other issues); the pledge form itself asked for names, contact information, and a check-off box to be a “public signer,” so that each signatory could be publicly published and posted somewhere. Our committee reviewed this resolution and based on prior concerns regarding past loyalty oaths professors were required to sign and contemporary faculty who have been put on lists that have harmed them (although we agreed with the essence of diversity and inclusion), the potential pressure to sign and publicly post was troubling. What might happen to those who refused to sign publicly? What might happen to those who did sign? Would hiring decisions be made by each hiring committee based on looking (overtly or covertly) to see who did or did not sign?

Our co-chair, Dr. Arismendi-Pardi, argued eloquently to our senate regarding the negatives: that any pressuring of faculty (many contingent and untenured) is not in the spirit of academic freedom; academic freedom is the freedom to conduct research, to teach, to speak, to publish, subject to the standards of scholarly inquiry, in the pursuit of truth and understanding, without interference or penalty, emphasizing that anyone who wishes to study something controversial should also have full academic freedom to pursue such a choice and not be faced with pressure to turn away from that course of study, as well. Ideally, our academic freedom and First Amendment rights grant us the intellectual freedom to explore issues and have difficult conversations yet still work together towards consensus.

Lastly, to the professor reading this who may be thinking about getting involved in academic governance at their institution, what advice would you give them? What do you know now that you wish you knew when you were getting started?

It’s really essential, I think, that those who are the closest to students and classrooms have the most input, so that those farthest away from classrooms don’t wind up the primary overseers of classroom educational policies. It’s vital to be involved, but it’s also intellectually rewarding to collaborate on issues with faculty, administrators, and staff in shaping the quality of instructional programs and maintaining excellence for students. Personally, I’ve built lifelong friendships that will endure beyond campus life. I’ve also developed a profound respect for the shared governance process.

Even with these advantages, I do wish that I had been more attentive to advice given me when I was starting out from those wiser than me; it’s better to have tenure before joining controversial committees. But do know that when you do become involved there are commonalities shared among those of divergent ideas and backgrounds (artists, mathematicians, political scientists, writers) which can make teamwork and consensus-building intellectually exhilarating; one can work to ensure academic freedom and shape a campus environment that inspires intellectual inquiry and growth.