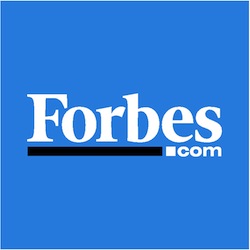 Earlier this month, FIRE told you about the 20th anniversary edition of Jonathan Rauch’s book Kindly Inquisitors: The New Attacks on Free Thought. The new edition includes a foreword by syndicated columnist George Will and is now available electronically.

Celebrating the anniversary, FIRE Board of Directors member Daniel Shuchman writes about Kindly Inquisitors for Forbes:

Mr. Rauch proceeds methodically and devastatingly, but always seriously and respectfully, to explain why such “humanitarian” inclinations are, ironically, antithetical to a society that values freedom and scientific and social progress.  Indeed, he writes early on that such principles are “inherently deadly, not incidentally so – to intellectual freedom and to the productive and peaceful pursuit of knowledge.”  Those whose humanitarian instincts lead them to promote kindness over blunt truth are dangerously misguided.  Instead, according to Mr. Rauch, a social system that commits “to allow and even sometimes encourage offense, is the only genuinely humane system.”

Check out the rest of Shuchman’s op-ed in Forbes today.