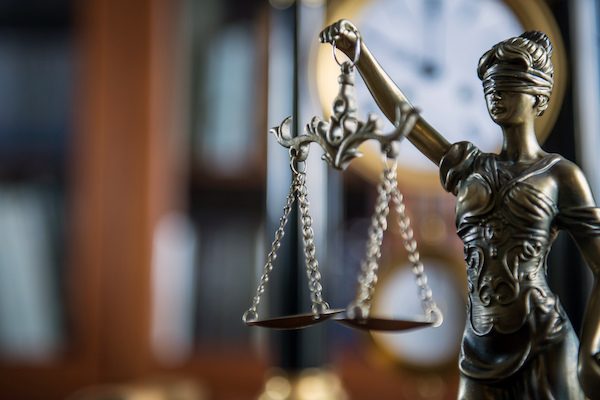 Common sense tells us that when it comes to rules, there’s a big difference between the grade school playground and the public university campus. Conduct codes appropriate for high school freshmen — let alone fifth graders — might not fly for college freshmen. After all, unlike their K-12 counterparts, the vast majority of college students are adults, old enough to vote, fight for our country, and live by themselves. And while grade schools are designed in part to teach students basic lessons about citizenship and civility, our public colleges are supposed to be our society’s knowledge-generating machines, finding truth through debate and discussion.

So why should courts impose speech standards designed for grade schoolers on public college students? Well, they shouldn’t, as FIRE argued in an amicus curiae brief filed with the United States Court of Appeals for the Eleventh Circuit last week.

Grade school speech standards should have no place in decisions involving the First Amendment rights of public college students.

But the district court’s analysis of UCF’s harassment policy then veered sharply off course. The district court should have assessed the policy’s constitutionality by its deviation from the controlling definition of hostile environment harassment in the educational context set forth by the Supreme Court in Davis v. Monroe County Board of Education. Instead, the district court relied on Tinker v. Des Moines Independent Community School District, the Court’s landmark decision on grade school speech standards.

Invoking Tinker was a mistake. Grade school speech standards should have no place in decisions involving the First Amendment rights of public college students. As we wrote:

Decades of First Amendment jurisprudence make clear that while public college students possess full First Amendment rights, the speech of public grade school students under the supervision of school authorities is subject to certain limits based on administrators’ in loco parentis status and other factors absent from collegiate settings.

But the district court’s reliance on Tinker wasn’t just wrong because of the stark differences between the grade school and collegiate contexts. If allowed to stand, the district court’s analysis would also weaken the First Amendment’s protection against overly broad and vague harassment policies.

Tinker allows grade schools to regulate speech that involves the “invasion of the rights of others.” While other courts have noted that the exact boundaries of this provision are unclear—and, at any rate, cannot supersede the First Amendment—the district court nevertheless cited it to uphold UCF’s harassment policy, declaring it to be “clearly aimed at regulating unprotected conduct under Tinker—conduct that unreasonably invades the rights of other students.”

Public university students do not have a “right” to be free from encountering pure speech that, however disagreeable, does not rise to the level of discriminatory harassment under Davis.

But UCF’s harassment policy doesn’t track the Davis standard, which proscribes conduct that is “so severe, pervasive, and objectively offensive that it can be said to deprive the victims of access to the educational opportunities or benefits provided by the school.” Instead, UCF’s policy prohibits conduct “so severe or pervasive that it unreasonably interferes with, limits, deprives, or alters the terms or conditions of education.”

This may look close enough—but when First Amendment rights are at stake, close enough isn’t good enough. Because UCF’s policy fails to track Davis exactly, it strays beyond actionable discriminatory harassment to regulate speech that doesn’t encroach upon any other student’s “rights.” Our brief argues that the district court’s holding effectively “discovered” a new right to be free from merely offensive speech that doesn’t constitute actionable harassment per Davis:

The district court did not specify which “right” UCF’s policy protects from being “invaded.” But presuming it meant a student’s right to equal access to educational opportunities under federal anti-discrimination laws like Title IX, its conclusion was misplaced. Davis “define[s] the scope of the behavior that Title IX proscribes,” 526 U.S. at 639—and, consequently, the speech that Title IX cannot constitutionally prohibit. By failing to track Davis, UCF’s policy regulates expression beyond that boundary. Public university students do not have a “right” to be free from encountering pure speech that, however disagreeable, does not rise to the level of discriminatory harassment under Davis.

Because its policy is broader than Davis’ definition of discriminatory harassment, UCF necessarily regulates expression that does not invade any other student’s rights. “[T]he precise scope of Tinker’s ‘interference with the rights of others’ language is unclear,” but cannot be read to encompass a right to avoid speech protected by the First Amendment. Saxe, 240 F.3d at 217 (quoting Tinker, 393 U.S. at 504). Even under Tinker’s framework—misapplied by the district court to the public college context—UCF’s policy reaches a substantial amount of speech protected by the First Amendment and is thus overly broad.

FIRE’s brief asks the Eleventh Circuit to recognize that importing grade school speech standards into our nation’s public college and university campuses seriously threatens First Amendment rights where they should be most protected. Invoking Tinker to allow colleges and universities to perform an end-run around Davis would threaten decades of speech-protective rulings from courts across the country striking down overly broad and vague campus harassment policies on First Amendment grounds.

We’ll be watching closely for the Eleventh Circuit’s ruling, and as always, we’ll keep you posted.