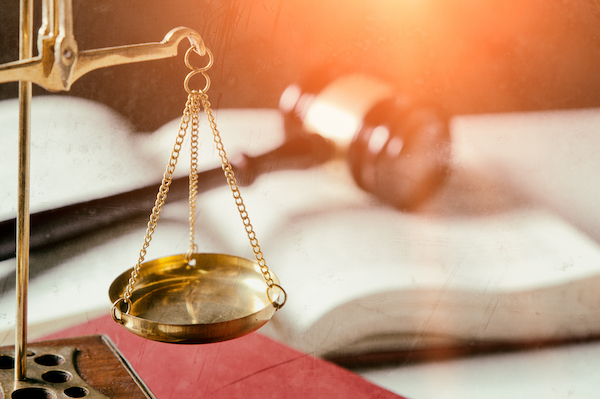 Teachers, electricians, cosmetologists, doctors — nearly one in four Americans require some sort of professional licensure to work in their chosen field. Additionally, students in professional programs on college campuses around the country will soon enter these fields. Occupational licensing laws, which vary state-to-state, are purportedly designed to benefit health and public safety by ensuring that only qualified individuals perform certain services. But these laws cannot be used as a means to circumvent the protections of the First Amendment . . . can they?

FIRE’s amicus brief, filed on Oct. 4, asks the U.S. Supreme Court to grant a petition for certiorari to hear Gray v. Maine Department of Public Safety in order to protect the First Amendment rights of workers who must obtain a professional license. As FIRE explains, allowing the Maine Supreme Judicial Court’s decision in the case to stand would seriously risk chilling speech of professionals and students in professional programs nationwide. Eugene Volokh, professor of First Amendment law, and a First Amendment amicus brief clinic at UCLA School of Law authored the brief.

The case concerns the Maine Department of Public Safety’s denial of Joshua Gray’s application for a professional investigator license based on comments Gray shared on social media about potential misconduct of a state police lieutenant. Although Gray shared his thoughts on the Facebook page associated with his privately-owned firm, his comments did not advise any clients or address any particular customers. After finding Gray’s posts contained some factual inaccuracies, the Department concluded that these erroneous statements exhibited a lack of “basic competency and requisite good moral character” required for licensure.

If the government can deny professional licenses to people based on what they say, they may be deterred from saying anything at all.

Gray appealed his denial to the Maine Supreme Judicial Court, the state’s highest court, which upheld the Department’s determinations. The court analyzed the state’s restriction on Gray’s professional speech using only intermediate scrutiny.

The state court’s reasoning is concerning. Gray took to social media to do what countless others do each day: express his thoughts on a matter of public concern. If the government can deny professional licenses to people based on what they say, they may be deterred from saying anything at all. As FIRE states in its brief:

If [professionals] could lose their licenses, or be denied licenses, or be expelled from licensing programs because of their public speech on controversial issues, they will be powerfully chilled from engaging in such speech. Many professionals or would-be professionals would thus feel pressured to ‘steer . . . wider of the unlawful zone’ and remain silent on issues of public concern, such as police misconduct. . . . As a result, the government could indirectly silence criticism and prescribe ideological orthodoxy.

Furthermore, the state court’s decision belies precedent. The Supreme Court has never recognized a categorical First Amendment exception for professional speech; therefore, restrictions on professional speech that risk limiting expression based on its content must survive strict scrutiny, which requires the government to show its actions are in furtherance of a compelling government interest and are narrowly tailored to achieve that interest.

The Supreme Court has repeatedly held that regulations on conduct are treated as content-based speech restrictions when “the conduct triggering coverage under the statute consists of communicating a message.” In the landmark case Cohen v. California, Robert Paul Cohen was charged with breaching the peace by offensive conduct when he wore a jacket with the words “Fuck the Draft” printed on the back. The Supreme Court found that the government had applied the regulation to Cohen because of the content of the message he communicated.

Universities have already begun to suppress controversial student speech under the guise that it demonstrates a student’s poor professional disposition.

Like Cohen, Gray was judged incompetent and lacking good moral character because of the content of his social media posts.

Unfortunately, other courts have also applied the wrong standard when it comes to restrictions on the expression of professionals. Gray’s case offers the perfect opportunity for the Supreme Court to mitigate the potential chilling effects of restrictive licensing systems like the one the Maine Department of Public Safety employs.

Although the Department denied Gray’s license due in part to some factual errors in his Facebook post, the Supreme Court has also long recognized that errors of fact are inevitable in public discourse.

After all, public controversies often involve emerging situations where facts are necessarily uncertain and limited. It is particularly important that college students — many of whom will go on to apply for professional licenses or certificates — are free to debate issues of public concern without fear of misstated factual information coming back to bite them in their professional careers.

As Gray’s case exemplifies, occupational licensing laws are subject to the discretion of reviewers, who may deem speech “unprofessional” because of the viewpoint expressed.

In fact, universities have already begun to suppress controversial student speech under the guise that it demonstrates a student’s poor professional disposition. Take, for example, one of FIRE’s current clients, Kimberly Diei. Diei was expelled from pharmacy school for social media posts; the school characterized her posts as “crude” and “sexual” and, therefore, unprofessional. Although her expulsion was eventually reversed after FIRE sent the school a letter, Diei is now suing the university for violating her free speech rights.

FIRE thanks Volokh and his clinic students for the work that went into authoring this important brief. Volokh offers a more detailed breakdown of the legal argument contained in the brief on his blog.

The nation’s highest court should step in to hear Gray’s case and firmly protect the right of burgeoning young professionals on campuses nationwide to engage in free, unfettered discussion.