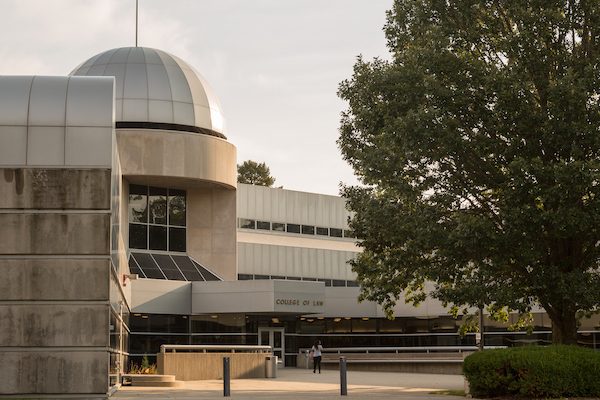 In the wake of widespread protests over racial injustice and police brutality in May 2020, many universities released sympathetic statements and pledged support to minority students on their respective campuses.

The University of Iowa College of Law responded by forming an Anti-Racism Action Committee and tasked it with creating a plan of action to improve the law school’s diversity, equity, and inclusion initiatives by the end of August 2020. The committee did so, releasing a report of recommendations for the law school on Aug. 21.

FIRE read the report with interest, and recognizes the stated intentions of its authors. However, one recommendation in particular poses significant challenges to academic freedom at Iowa Law: “Include a question on the annual faculty/staff evaluation form that asks what the employee has done to advance the university’s mission to create an inclusive community.”

In response, on Oct. 12, 2020, FIRE wrote privately to Iowa Law, calling on the law school not to ask faculty about how they have advanced diversity, equity, and inclusion. Incorporating such a question into faculty evaluations risks establishing an ideological litmus test for professors, which could impact promotion and tenure consideration and penalize faculty for holding a dissenting opinion on matters of public concern.

Once again, FIRE has received no response from Iowa Law, which strongly suggests that the school is unable to provide any response that would pass the straight-face test.

Iowa Law is not the only institution to consider implementing a question about DEI in faculty evaluations. In 2018, we saw the University of California, Los Angeles require all professors applying for a tenure-track position to include a diversity statement in their portfolio. More recently, Cornell University proposed a policy that would include a DEI-related question in course evaluations and require all faculty candidates being considered for promotion and tenure to submit a DEI statement. This trend shows no signs of slowing down.

Iowa Law didn’t respond to our letter, which did little to assuage FIRE’s concern about faculty rights at the school. In July 2021, after giving the university ample time to consider our recommendations and decide whether to include such a question in its faculty evaluations, we sent a public records request to the university, asking for “any requirement that law school faculty submit a statement of their perspectives on and/or contributions to diversity, equity, inclusion, or related concepts.”

The Iowa Law Anti-Racism Committee has encouraged me to ask each faculty member to identify any contributions you have made to improving our law school community in the areas of diversity, equity and inclusion. Please do so.

If answering this question is optional, it certainly doesn’t read that way. And not to put too fine a point on it, anyone working for a law school, of all places, would most certainly recognize this. In fact, while this prompt is one of several that faculty members may choose to respond to, it’s the only one that ends with language (“Please do so”) suggesting that the response is mandatory.

So, we sent another letter to Iowa Law on Oct. 11, explaining that it’s not clear that the prompt is voluntary and reiterating that the prompt could still serve as an ideological litmus test:

While there may be an acceptable and viewpoint-neutral way to recognize faculty members’ voluntary contributions to diversity and inclusion within the academic setting, the text of the prompt leaves faculty members little assurance that their response—or lack of response—will be evaluated without respect to viewpoint, given the prompt’s compulsory language and absence of sufficiently precise and objective definitions of “diversity,” “equity,” and “inclusion.” Absent more, these terms, which carry salient political connotations that are the subject of much debate and controversy, may serve as proxy for particular viewpoints or beliefs.

Once again, FIRE has received no response from Iowa Law, which strongly suggests that the school is unable to provide any response that would pass the straight-face test. So after twice asking privately, we now ask Iowa Law publicly: Will you protect your professors from viewpoint discrimination by ensuring they’re not required to conform to views they may not genuinely hold?

The University of Iowa College of Law must make clear to its professors that they are not required to identify their contributions to DEI on their evaluations, and that political litmus tests will not compose part of the qualifications for employment at the law school.

Cases:  University of Iowa College of Law: Faculty Evaluations Include Question About Professors’ Contributions to Diversity