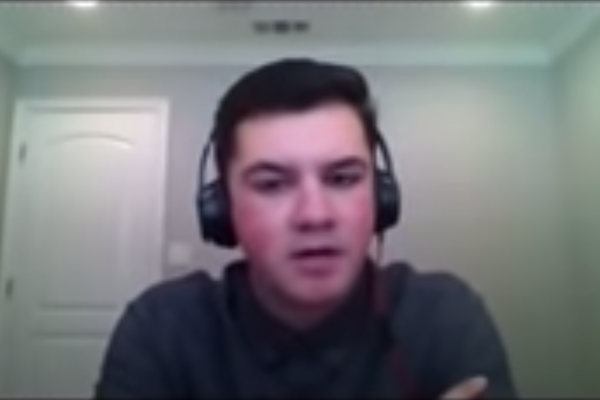 A viral video of a tense exchange between a student and an adjunct professor led California’s Cypress College to place the faculty member on administrative leave, cancelling their online classes in the name of “safety.” Video of the encounter, which was uploaded to YouTube, shows the student and professor debating whether police are heroes, and the recorded exchange led to vociferous public criticism, including from the National Fraternal Order of Police.

Today, FIRE wrote to Cypress College, expressing concerns about the manner in which it has responded to the controversy: sidelining Faryha Salim’s role in an online class and claiming that doing so was in service of protecting the adjunct instructor. In our letter, we explained to the college that Salim’s exchange with the student falls squarely within the First Amendment’s protections of freedom of expression and academic freedom. Removing Salim from the classroom, even under the guise of safety, violates not only Salim’s expressive rights, but casts a chilling effect on all faculty members at Cypress College, a public institution bound by the First Amendment.

On April 28, Salim scheduled four students to present their “persuasive presentation” assignment to their communications class through Zoom. One of those students, Braden Ellis, chose the topic “cancel culture” for his presentation. During the presentation, which required students to persuade their audience to take a certain action, Ellis argued that“non-hateful things” had been “cancelled” over the last few years, including “Paw Patrol,” “The Muppets,” Cream of Wheat, Mr. Potato Head, the television show “Cops,” and more.

The chilling effect caused by Cypress College’s actions is both an unacceptable and an unconstitutional outcome at a public institution of higher education.

After Ellis completed his almost seven-minute presentation, Salim opened the discussion to a question-and-answer period, intended to teach students how to deal with those who criticize their arguments. Toward the end of that question-and-answer session, Salim said the existence of police departments “stems from people in the South wanting to capture runaway slaves,” and questioned whether police officers should be seen as heroes. Ellis shared a video of the final three minutes of the question-and-answer session with Chrissy Clark, a “The Daily Wire” reporter, who published it on YouTube and Twitter and wrote a news story about the exchange. During this portion of the session, Salim criticized Ellis’ opinion that police officers are heroes.

After receiving calls to punish Salim for the exchange, Cypress College placed the adjunct professor on a mandatory administrative leave. In private, college officials told Salim that the suspension from online teaching was not a punishment, but rather was intended to ensure Salim’s safety.

In its public statements, the college elided the “safety” message and implied both that Salim agreed to the leave of absence and that the College was conducting an investigation. It released the following statement:

Cypress College takes great pride in fostering a learning environment for students where ideas and opinions are exchanged as a vital piece of the educational journey. Our community fully embraces this culture; students often defend one another’s rights to express themselves freely, even when opinions differ. Any efforts to suppress free and respectful expression on our campus will not be tolerated.

The adjunct professor will be taking a leave of absence for the duration of her assignment at Cypress College. This was her first course at Cypress and she had previously indicated her intention to not return in the fall.

We are reviewing the full recording of the exchange between the adjunct professor and the student and will address it fully in the coming days.

When Salim was told about the leave of absence by college president JoAnna Schilling, Salim said they wanted to continue teaching the class and their scheduled summer classes. (Salim uses they/them pronouns.) Regardless, Salim was placed on a leave of absence for the rest of the semester and originally removed from their scheduled summer class. Yesterday, the college told Salim that they would be permitted to teach the summer course but expressed concern about the possibility of students enrolling in the class in order to disrupt it or collect information to discredit Salim.

Although there have been many calls to fire Salim, the college district’s faculty union has supported Salim, as have students and faculty.

Ellis made an argument about the public debate over policing during his presentation, making Salim’s continuation of the discussion pedagogically relevant in this case. It is a traditional practice among faculty members — especially in a communications course — to question students’ claims in order to teach them how to make more persuasive arguments in the future. As such, Salim’s discussion of policing is protected by academic freedom, a freedom Cypress College may not infringe upon as a public college. (FIRE takes no stance regarding whether Salim’s or Ellis’ position is persuasive. If the situation were reversed, we would defend Ellis’ right to freedom of speech, as well.)

As we make clear in our letter, Cypress College’s suspension of Salim effectuates a “heckler’s veto”:

This pernicious form of censorship, in which those angered by expression seek to silence it through the threat or use of violence, incentivizes outsiders to issue more threats whenever they dislike a speaker’s views. Silencing a speaker in order to quell public outrage is fundamentally inconsistent with higher education and the First Amendment, which rejects efforts to cast a “pall of orthodoxy” over the classroom—whether by force of law or threat of force.

Claims that public safety — or the safety of a speaker — motivate actions that result in a speaker being sidelined or silenced should be treated skeptically. Threats to public safety must be taken seriously, but authorities and officials must be transparent in demonstrating that their actions are necessary to meet that threat.

And there is reason to be skeptical that the measures taken here are necessary to address a public safety threat. Salim’s Human Communication course is taught online, leaving Salim no more or less safe continuing to teach than not continuing to teach the class. Further, the college’s neglect in mentioning the public safety concerns in its public-facing statement, while suggesting that it was conducting an investigation, undermines the credibility of claiming that its interest was in addressing security concerns, not stemming the tide of criticism.

Public anger should not dictate who may speak or teach at a college, nor what they may say. By acceding to demands of the public to punish Salim, Cypress College doesn’t advance security concerns. It incentivizes future threats by demonstrating that they work.

Not only has the college violated the First Amendment by punishing Salim for the viral exchange, but it has also made clear to faculty that it will not defend their expressive and academic freedom rights and will instead sacrifice those rights to hecklers. The chilling effect caused by Cypress College’s actions is both an unacceptable and an unconstitutional outcome at a public institution of higher education.

FIRE demands Cypress College make transparent the nature of the security concerns that led to Salim’s forced leave of absence and how those security concerns justify the college’s decision to remove Salim from the classroom. We will update readers when we receive answers.