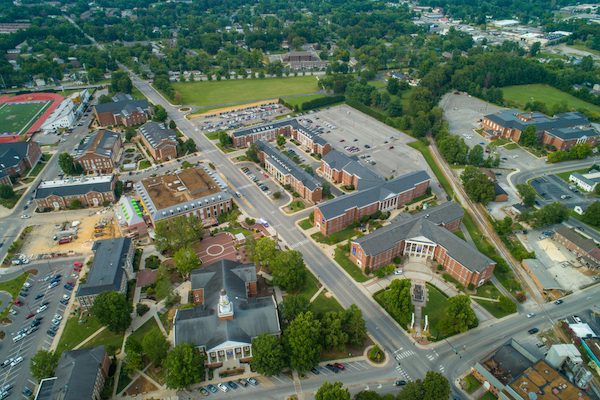 At Tennessee Tech University, two student groups, the Lambda Gay-Straight Alliance and the Tech Players, are under investigation after co-hosting a drag show at the school’s theater. Tech’s president, “disturbed and dismayed” by the show, froze the groups’ planned events indefinitely — a clear violation of the students’ First Amendment rights.

On Aug. 20, the two student groups and Upper Cumberland Pride, a local LGBTQ+ advocacy organization, co-hosted “DRAG at the Backdoor,” a drag show at Tech’s Backdoor Playhouse. About two weeks later, a video with clips of one drag queen’s routine at the show was posted on Twitter, and the negative comments caught administrators’ attention.

Tech cannot use the personal opinions of administrators and Twitter critics to determine whether it can restrict students’ First Amendment right to free expression.

The short video clips show a performer lip-sync, dance, and transform her costume in an elaborate routine, with fans handing her tips, clapping, and cheering. According to the comments on Twitter, some viewers found the performer’s routine offensive, some thought it was a mockery of religion, and some were angry that one of the fans tipping the performer appeared to be a minor. Instead of defending and standing by its students’ constitutionally guaranteed right to freedom of expression, Tech sided with the internet critics and posted a “comment” of its own.

Tennessee Tech University hosted a drag show that had little kids handing cash to the drag queen who was performing a dance clearly meant to mock Christians. Every parent who pays to send their kids to @tennesseetech deserves to know that this is what they’re allowing on campus. pic.twitter.com/Q4I9uR2tcT

In a statement, President Phil Oldham (who may or may not have been clutching a string of pearls at the time) claimed to be “disturbed and dismayed” by the show, which he characterized as “explicit activity.”

“I also am offended by disparaging mockery toward any religious group,” he wrote, reassuring apparent critics it was not a university-sponsored event, but one organized and promoted by the two registered student groups. Oldham said groups can reserve space on campus for events, but the programming “should not include obscene, lewd or explicit activities.” Tech claims to be investigating what happened at the show — focusing on the alleged involvement of minors and reviewing its policies and procedures — but has already meted out punishment to the groups by canceling all of their scheduled events indefinitely until the school pre-screens and approves them.

Apparently drag shows aren’t everyone’s cup of tea at Tech, so we’re here to spill it.

Late last week, FIRE sent a letter to Tech reminding the administration that it can’t investigate or cancel a student group’s events just because administrators are not fans. Tech cannot use the personal opinions of administrators and Twitter critics to determine whether it can restrict students’ First Amendment right to free expression.

FIRE calls on Tech to immediately end its investigation.

No matter how upset anyone may feel about the clips posted online or about a student group hosting a drag show, the First Amendment protects students’ and student organizations’ right to host expressive events like “DRAG at the Backdoor.”

Expressive conduct, including performing in a drag show or sponsoring a drag show, is meant to convey a specific message to an audience that is likely to understand it and is protected by the First Amendment. While Tech can enforce content-neutral regulations that might incidentally impact expressive conduct, it cannot restrict expression on the basis of its content. Conduct is also protected as expressive when it falls under a traditionally protected genre, like art, theater, or dancing — exactly the conduct depicted in the video.

Nor does the conduct described here meet the legal definition of obscenity: typically, hard-core pornography with no artistic, literary or social value. Tech’s president incorrectly claims theater programming “should not include obscene, lewd, or explicit activities.” His personal opinion does not change the legal analysis — that the drag show was expression clearly protected by the First Amendment.

Tech overstepped further by canceling the two student groups’ public events pending administrative review — essentially preventing their future expression before it happens. This move is a prime example of a prior restraint, which courts consider the “most serious and least tolerable infringement” on free speech. This punishment will have a chilling effect beyond these two groups, discouraging potentially controversial speech from other student groups.

FIRE calls on Tech to immediately end its investigation, reinstate the groups’ events, and reaffirm the school’s commitment to upholding students’ First Amendment right to host expressive events of their choice.