Five years after the release of “Unlearning Liberty: Campus Censorship and the End of American Debate,” controversies over the limits of dissent and debate at colleges and universities across the country continue to proliferate in truly epidemic fashion. Many are now calling the book — which was written by FIRE President and CEO Greg Lukianoff in 2012, and predicted with disturbing accuracy the rise of phenomena like student-led calls for censorship — well ahead of its time.

At a luncheon today at the Washington, D.C., offices of the international law firm Jones Day, FIRE hosted an array of journalists, academics, legislative staff — and at least one concerned parent of a soon-to-be undergraduate — for a panel discussion with Greg, Bloomberg View columnist Megan McArdle, and Brookings Institution fellow and author Jonathan Rauch on the issues the book raises and where campus speech advocates go from here. 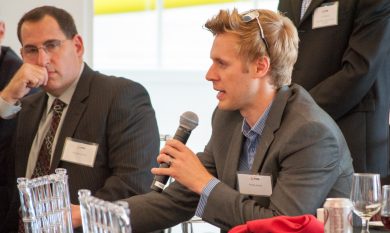 Reason’s Robby Soave asks the panelists a question during the Q&A session.

“It was a great discussion about not just the problem of free speech on campus, but creative solutions for how we teach future generations about the value of free speech,” Greg said. “It’s something we should all be thinking about hard and carefully.”

The panelists discussed the profound implications of the book’s predictions — including the evolution of illiberal censorship efforts, acute ideological polarization, and the meteoric rise of calls for censorship increasingly coming from students themselves. 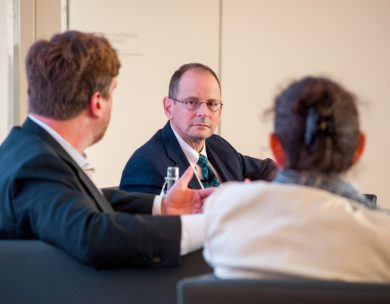 The panelists talked about ways to combat the trend of conflating speech with physical violence, and how to gain the ear of minority groups who, as Rauch’s analyses show, remain yet unconvinced that “free speech is the only ‘safe space’” for minority rights. Rauch, a gay rights activist, added that limits on speech have historically hurt marginalized groups the most.

In the true free speech tradition, the panel then opened up discussion for a lively Q&A with the audience. Greg spoke personally with attendees after the event and made himself available to sign copies of the latest edition of the book.

FIRE would like to extend its thanks to Jones Day constitutional law attorney Anthony Dick, who introduced the panel, and all those who attended this exciting and informative event. 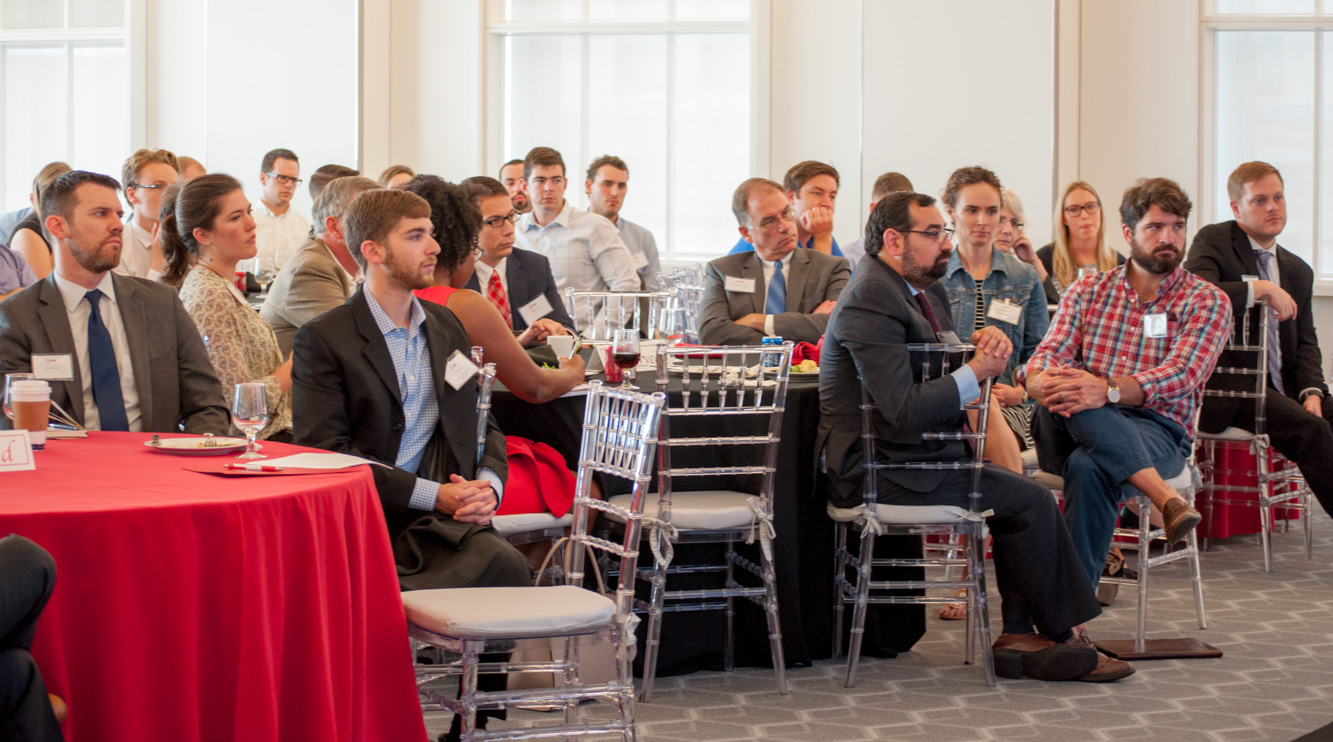 If you’re interested in the issues surrounding free speech on American college campuses, we encourage you to pick up a copy of Unlearning Liberty today. And don’t forget to check in frequently for the latest campus speech news at our website, thefire.org.