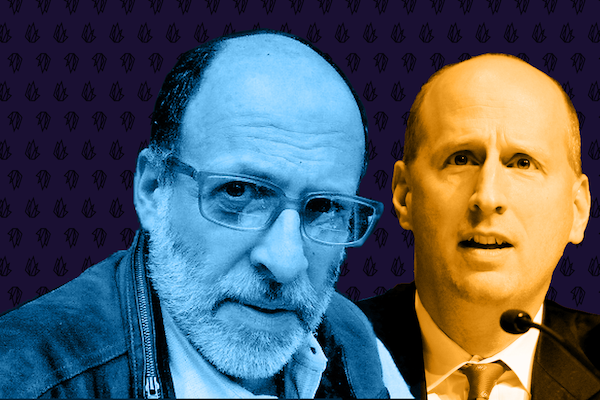 We come from very different political, social, and religious perspectives. However, we are united by our concern over the long, on-going degradation of the culture of our nation’s institutions of higher education. I (Silverglate) recognized the problem in the closing years of the 20th century, when I co-authored (in 1998) a book entitled “The Shadow University: The Betrayal of Liberty on America’s Campuses.” The following year I co-founded The Foundation for Individual Rights in Education, which remains devoted to fighting for academic freedom and due process in academia. I (David French), am the first member of FIRE’s legal network and FIRE’s first president.

It is remarkable that educational institutions, in theory devoted to rational thinking and academic freedom, have evolved to the point where it is dangerous to one’s career to utter a thought that contravenes the reigning ideology of the day. Rationality, open-mindedness and tolerance for disagreement have given way to what can only be described as a form of intellectual and political authoritarianism.

FIRE, the organization with which we both have an association, started out with one full-time paid staffer and two part-time volunteers (its co-founders). At present, the organization has a full-time staff of 80 employees, not counting interns. Since its founding FIRE has developed an unimpeachable reputation for non-partisan advocacy. It has defended the rights of all students and professors, regardless of faith or ideology, and it’s been remarkably successful, winning victory after victory in courts of law and public opinion.

What is truly worrisome is the rapidity with which intolerance of speech and ideas has spread beyond the campus.

Furthermore, reflecting the alarming spread of intolerance of viewpoint diversity beyond academia, FIRE this month announced a considerable expansion of its mission and a commensurate name change. Henceforth the organization will be known as The Foundation for Individual Rights and Expression. This change represents a recognition that the major concern of FIRE at the time of its creation – that students indoctrinated against liberty will take their newly-minted beliefs with them after graduation – has become too narrow a focus.

The coming expansion was hinted back in February of this year, when FIRE launched a national advertising campaign featuring the professional basketball player Enes Kanter Freedom, an immigrant from Turkey who added “Freedom” to his name in order to reflect his thanks to his adopted country for offering him the same liberties endowed upon generations of immigrants since the arrival of the Pilgrims – freedoms not available in his native country. A similar campaign, which occurred shortly after FIRE announced plans to expand, featured Nate Boyer, a U.S. Army Green Beret who fought in Iraq and Afghanistan. He publicly supported the right of NFL quarterback Colin Kaepernick who “took a knee” during the National Anthem in 2016 to protest police violence. After initially being offended by what he viewed as Kaepernick’s lack of patriotism, Boyer eventually supported Kaepernick’s right to protest. “Free speech makes free people,” the ad concluded.

What is truly worrisome is the rapidity with which intolerance of speech and ideas has spread beyond the campus. The censors completely understand that in order to have their censorious ways prevail, they have to indoctrinate students, who will then become adults  and will engage in the same tactics with the young after graduating. The point is that it is too narrow a focus for a civil liberties organization to deal just with academia. There is a chain, or perhaps one can describe it as a seamless web.

The failure of our colleges to educate in freedom bears much of the responsibility for the growing intolerance experienced in our society.

Thus, at a time when free speech is, indeed, under increasing attack (in part because the nation is so polarized), and when that attack has been seen more and more frequently not only in our schools, but in the greater society, FIRE’s expansion is not an example of mission creep; it is instead a matter of urgent necessity. The attitude of the great French philosopher Voltaire has been summed up in a single sentence: I detest what you say, but I would defend to the death your right to continue to speak. This axiom is applicable to a myriad of situations. It is not limited to college campuses, although the failure of our colleges to educate in freedom bears much of the responsibility for the growing intolerance experienced in our society.

FIRE, in its new incarnation, will have a much broader range of opportunities to influence the culture of free speech in the greater society than the original FIRE. It will not have to have a “campus hook,” so to speak, in order to take on a case or a cause. The staff members and supporters of the newly-minted Foundation for Individual Rights and Expression have their work cut-out. We wish them success, for success will affect all of us, including generations yet unborn.

David French is a senior editor at The Dispatch, and Harvey Silverglate is a civil liberties and criminal defense lawyer and writer.